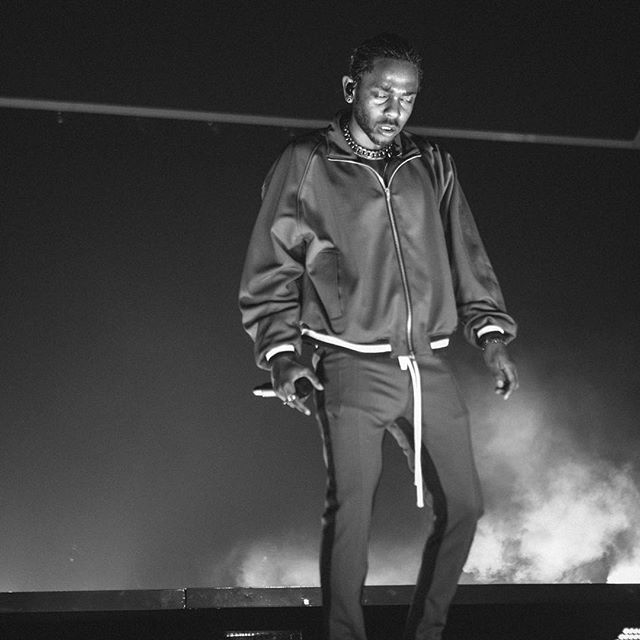 The running theme of Kendrick Lamar’s explosive show last night at the Sprint Center was a kung fu journey — specifically, that of Kung Fu Kenny (Kendrick Lamar’s character, apparently inspired by Don Cheadle’s character in Rush Hour 2?). Throughout the show, ’70s- and ’80s-inspired kung fu video montages featured Kung Fu Kenny on a journey from training, through oppression, then into finding “the light” (which, with a wink from Lamar, turned out to exist between a beautiful woman’s legs). The videos were light and almost breezy — a sharp contrast to the powerful intensity that Lamar emanated from the stage throughout the night. As a performer, he has come a long way since his last appearance here, in 2008 at the Midland, with Tech Nine (whom he thanked profusely later in the evening). And he proved last night that he is more than qualified to occupy a massive stage on his own. 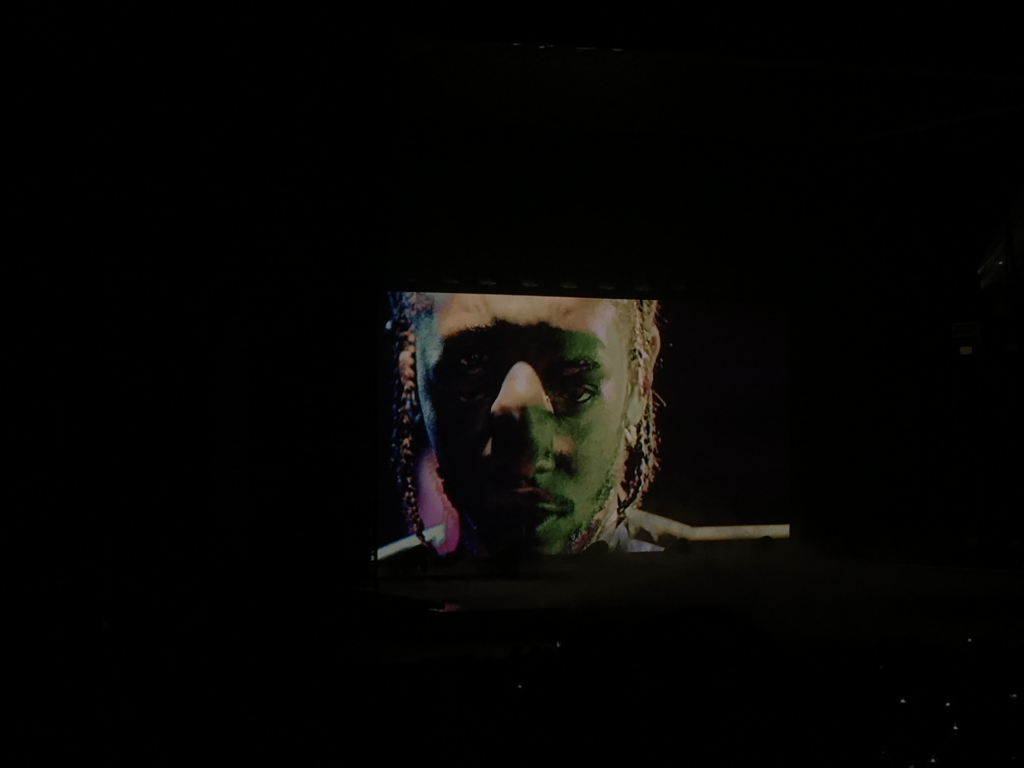 Lamar’s set began with a burst of flames, which disappeared to reveal him squatting alone in the center of the large stage. With towering LCD screens behind and on top of him, boxing him in, he lurched into the powerful “DNA,” with the audience rapping with him word for word: Got war and peace inside my DNA/I got power poison, pain and joy inside my DNA. He wore a martial arts–inspired yellow jumpsuit with the words “broken dreams” written across his chest and his knees. The stage was enormous, but Lamar was charismatic and expressive enough to command it; even halfway back in the stands, you could read his body language: taut, ready to snap. His face, which was followed closely through the night by video cameras, reflected the lyrics he spewed.

The audience was elated to see Lamar — it felt like most people there knew every verse and rhyme, spitting with him as he went. He occasionally let the audience take a turn, before physically and lyrically jumping back into his music. With only Lamar onstage (a live band was purportedly backstage), all focus was directed on him. He directed the audience when to jump and bounce, when to pull out their cell phones to light up the arena. He promised us that this night would be “the most motherfucking LIVE thing you will ever see.”

Lamar was joined onstage early in the set by a couple of warring samurais, and then at about the midway point by a female dancer, clad in orange (as was Lamar at this point, having changed into an orange jumpsuit and hoodie with the words “Safety Pin” written across his chest). During “Pride,” this dancer helped Kendrick provide one of two physical stunts of the show, in which they both appeared to be hovering horizontally, with both supported by just her right arm. Throughout the song, Kendrick rapped with his eyes closed, nodding to the beat: Race barriers make inferior of you and I/See, in a perfect world, I’ll choose faith over riches/I’ll choose work over bitches, I’ll make schools out of prisons. 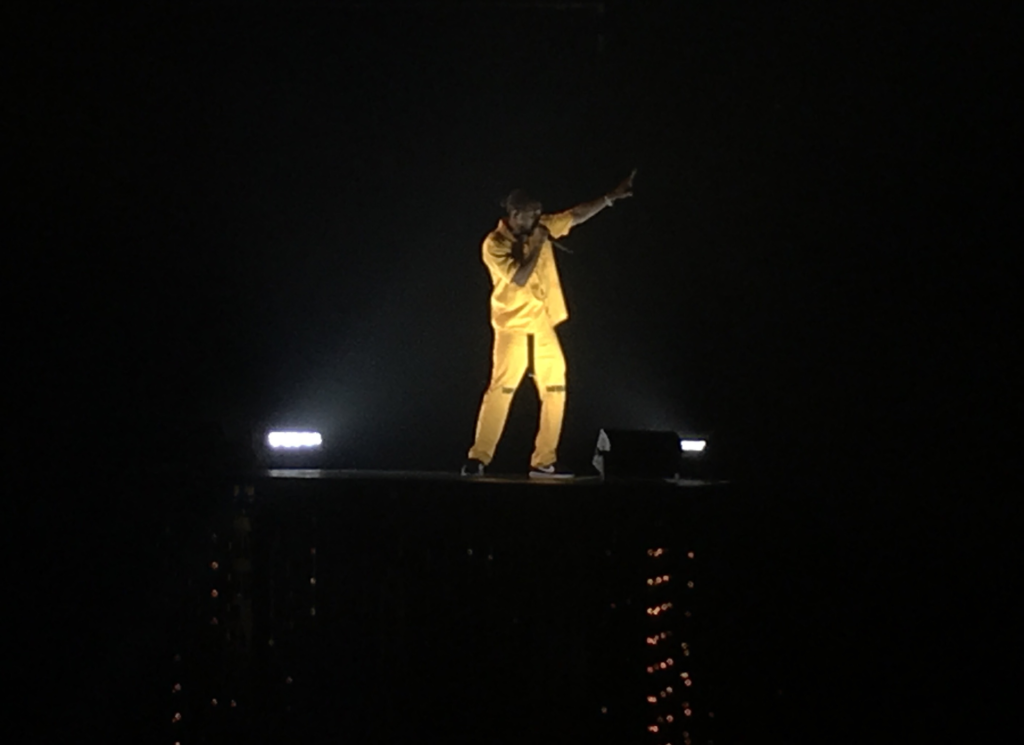 Lamar’s other visual stunt for the audience came shortly before. Four security guards hustled him from the stage to the center of the arena onto a square platform. The outer edges of the platform began to rise, revealing strings of lights that almost appeared like a gilded cage. The center of the platform began to rise, until Lamar stood atop, ablaze in lights focused on him. The crowd around the platform swarmed and danced, holding their phones up to record every moment.

Lamar was physically dwarfed by the stage and the arena itself, yet his presence was massive. He prowled and jumped, getting the audience to move along with him until the building shook. His voice was strong throughout the evening, showing no signs of strain despite the heavy workout it is to rap the way he does for an hour and a half with virtually no breaks. He seems made for this.

The setlist relied heavily (in fact, almost exclusively) on material from three of his most recent four albums: DAMN; To Pimp a Butterfly; and Good Kid, M.A.A.D. City. He found a slightly more subtle groove for his performances of “Bitch Don’t Kill My Vibe” and “Alright” before treating the audience to two performances of “Humble.” For the first, he largely let the audience take control, nodding along approvingly and occasionally interjecting a verse. He then paused, noting that he and Kansas City go way back.

“There’s a certain group of artists that allowed us, gave me the honor, the opportunity, to see what it’s like to be professional on the stage,” he said, to the crowd’s roaring approval. “What it’s like to turn true lyricism out the booth, to be able to bring it up here and get on this stage. Them artists go by the motherfucking name Tech Nine! And Krizz motherfucking Kaliko! That was also my first time learning about per diem, know what I’m saying [laughs].” 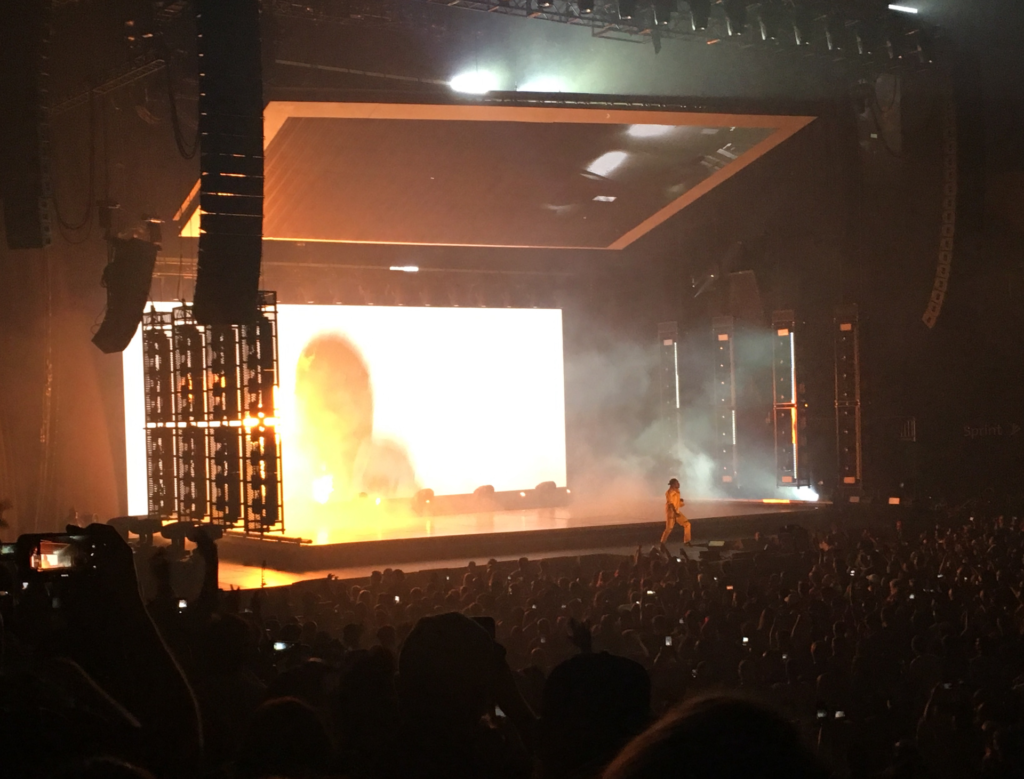 He then delivered the song again in tribute, and it was like a gut punch. Lamar doesn’t need anyone else — he hardly needed the LCDs or the flames or the kung fu montages. He just needs the audience. They, quite clearly, will welcome him back any time.