Kelly Hunt wants to take her music as far as she can — but first, Boulevardia this Saturday 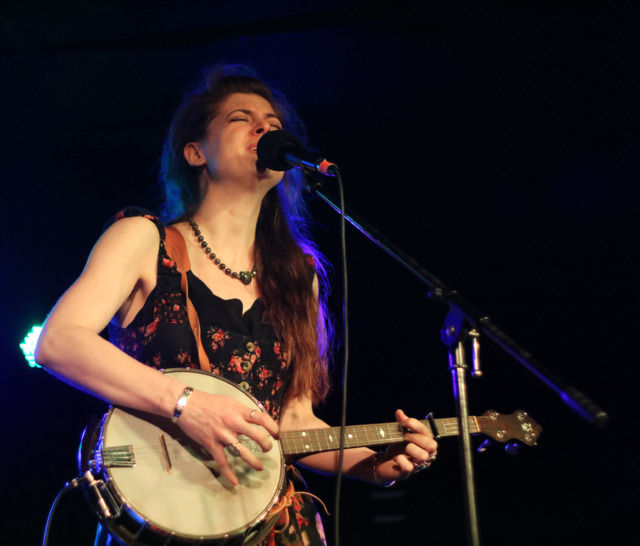 Singer and banjo player Kelly Hunt’s Even the Sparrow was released locally last year, but the album’s recently been reissued on the musician’s own Rare Bird Records. Given a remaster and a national push, the new version of Even the Sparrow lets Hunt’s music reach new heights of emotional resonance and power. It’s part of what was a two-year journey to bring the record to life.

“A lot of that was just learning the ropes and getting my bearings in the studio,” says Hunt by phone. “It was really just an exercise in getting acclimated to that space and developing an ear for how to execute the vision I had for those songs, and the recording of those songs.”

She goes on: “I didn’t want to polish any of the quirks out of it, but eliminate any of the things that could be distracting,” she says by way of example. “It has been a process that has required a great deal of patience, but it’s all culminated in a product that I want to be able to hold onto my entire life and not have any regrets about. I didn’t cut any corners.”

There is the matter of the other Kelley Hunt. Anyone who spends any time in the KC music scene finds themselves clarifying between “Kelley ‘with an E’” Hunt — the longtime area blues and soul singer — and “Banjo Kelly” Hunt.

“It’s actually quite helpful, and quite amusing,” Hunt says of the “Banjo Kelly” appellation. “It’s how I refer to myself, now, to make sure people know what they’re getting into. Banjo’s my thing.”

Hunt’s been in Kansas City about four years now. While her mother’s originally from here, and she has family in the area, she grew up in Nashville.

“I think the first time I ever heard banjo was from my Uncle Larry,” Hunt recalls. “He plays bluegrass banjo and lives in Mountain View, Arkansas, and there’s a ton of old-time and bluegrass pickers there. I was just instantly struck by how specific that sound was. It had a character and distinctive quality to it. It just kind of resonated with me on some level.”

Hunt’s the first to admit that her music is by no means bluegrass, and says that when she first gravitated to the banjo, it was more the folk side she went to. She then developed her own style within folk and old-time banjo playing, but that’s part of the appeal: the versatility of a banjo lays within its construction — a stringed instrument over what’s essentially a drum.

“I can’t think of another instrument that’s versatile to that degree,” Hunt explains. “It’s really a drum, first and foremost, and then it has all of these melodic components to it. I think it’s also just amazing how much tonal variety there is within the banjo family.”

A bluegrass banjo, an old-time open back banjo, and a tenor banjo are all very sonically different, Hunt continues, remarking that’s there’s a world of exploration to be done within the instrument’s family. Part of that exploration is exposing a wider audience to Hunt’s music when she performs at Boulevardia this weekend.

“That’s gonna be a lot of fun,” she says. “I think we’re headed down that road to playing more festivals and things and just expand our tour experience. It’s all about getting the show on the road. It’s kind of what I’ve been working toward, all along. I want to take it as far as I can.”

Kelly Hunt plays the Propaghanda3 Stage at Boulevardia on Saturday, June 15. Details on that show here.