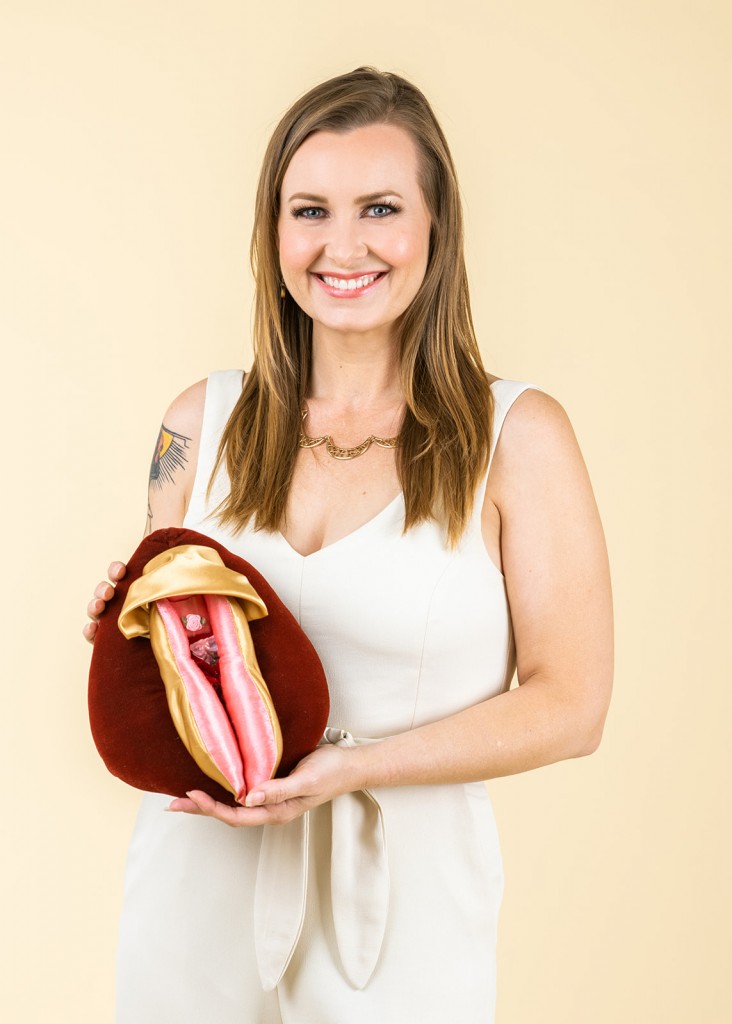 OnlyFans, a site that is culturally synonymous with online sex work, made headlines in August. In five days’ time, OnlyFans (OF) went from saying they would ban sexually explicit content beginning October 1, to “suspending” their decision. It sent content creators into a tailspin, though many were familiar with the trope.

While early internet blame was placed on Mastercard and Visa, OF’s elusive CEO Tim Stokely named JPMorgan Chase, BNY Mellon, and Metro Bank’s policies as the culprits behind the decision. Stokely denied that Mastercard’s policies had any influence on them.

However, Alana Evans, President of the Adult Performance Actors Guild Union, has a different take on the situation. She and I spoke about the debacle on episode 97 of my weekly podcast, Keep Them Coming, where she guided us through this train wreck that we couldn’t look away from.

As Evans points out in our conversation, Mastercard and other payment processors’ internal policies created fear among users as to whether their client’s payments would be accepted. This is largely due to back-end enforcement of internal policies that go beyond government regulations.

On June 30, less than two months before OF’s first announcement, Evans and APAG representatives met with Mastercard to discuss their policy changes. Mastercard decided it would require consent lists—signed documents with personal information and verification of age stating the act filmed was consensual—which are not required by law.

APAG maintained that the policy would have unintended consequences. Consent lists would push old content off of the internet, effectively deleting any scene shot with an actor who had since passed.

Mastercard said that was not their intent.

“They just wanted to guarantee that the content that was available to its customers was legal and that people were of age,” says Evans. “And it seemed that they really heard us at that time, and we warned them this would happen.”

Two months later, OF made their first announcement that they would be banning NSFW content.

The National Center on Sexual Exploitation (NCOSE), formerly known as Morality in Media, claims to “expose” the ties between pornography and sex trafficking. The organization is largely responsible for pushing the banks into these policies under the guise of protecting children and ending sex trafficking. There are no statistics, only anecdotal news stories saying OF was allowing some films which were non-consensual and/or featuring minors to be posted, according to Evans.

Organizations worldwide such as the WHO, Human Rights Watch, and Amnesty International have pushed for the decriminalization of sex work. A study by the ACLU and National Center for Transgender Equality in 2020 showed that a majority of voters in the U.S., including a whopping two-thirds of voters aged 18-44, support decriminalizing sex work.

Sex workers have used online platforms for over a decade now to vet customers, warn peers of abusive behaviors, create community safety nets, and stay safe behind a screen instead of a street corner.

That digital safety net is vanishing.

While there are few studies in the U.S. on the topic, a 2020 study from Ireland showed an increase in abuse and violence against sex workers after the passage of an act in 2017 that criminalized sex work. Once sex work was criminalized, it was easy for violence to occur when abusive clients knew SWers could not call the police on them for fear of being arrested themselves. What, then, can SWers do to protect themselves? As society pushes SW into the shadows, more violence occurs.

So, how did we get here?

While the banks and lobbyists began their fight against online sex work in the early ‘10s, things changed fast with FOSTA/SESTA’s (Fight Online Sex Trafficking Act/Stop Enabling Sex Traffickers Act) passing in 2018. This law altered Section 230 of the Communications Decency Act to make Internet Service Providers (ISPs) responsible for user-generated content. Meaning, the site you posted to is legally culpable now if the content posted is underage, nonconsensual, or adult consensual SW.

FOSTA/SESTA caused a mass exodus from Craigslist, which shut down its personals section. Backpage.com shuttered before FOSTA/SESTA was even officially signed into law. These site’s users instead turned to dating apps, FetLife, and sugaring sites, essentially flooding those markets.

The five days between OF’s two announcements were unnerving for Dr. Girlfriend, local OF performer and KC Twitter personality. She heard the initial news through Bloomberg, who broke the story. This prompted her and other creators to message each other, and then contact OF.

“They said they weren’t [banning our content], then they issued the official statement the next day,” says Dr. Girlfriend.

She knows a lot of folks engaged in the SW industry that are fed up with the constant uncertainty and cycle of being deplatformed. Many creators are branching out and taking their fans with them. Fansly and PocketStars, the latter of which is run by SWers, are the top contenders for Dr. Girlfriend to now host her content.

“Moving content was a much more daunting task than I thought,” says Dr. Girlfriend. She’s trying to ease back into a ‘business as usual’ mode for now. She gave out free trials on her Fansly account and a number of her fans assured her that they would follow her to whatever platform she migrates to.

OF performer Johnny Araña, who also learned of the policy change via Bloomberg, said he doesn’t think OF examined all of the possible angles before the wave of content creators and supporters of SW spoke up online.

“I think once they realized how much money they would lose, they changed their minds,” he says Araña.

Before finding out OF reversed their decision, he reached out to his friend that got him started doing online sex work. According to Araña, she was upset because, as a top .01% creator on OF, she and her husband would lose their livelihood. She could switch to nude modeling and worry less about future policy changes, but h#older chosen industry is explicit content.

Araña is still on the platform for the time being.

“I didn’t see a dip because I just pressed on. I let my fans know I’m staying put for now,” he says.

While he continues to look for a plan b, he’s gained followers since the August debacle.

On the Keep Them Coming podcast, Evans cautioned performers and online sex workers about changing platforms before new sites are vetted by APAG. A lot of the sites are open source, so it could take one new site missing changing a few lines of vulnerable code for a hacker to easily gain access to users’ info. She recommends that SWers hold tight until they find a reputable site, or reach out to the APAG for more information.

Mx. Pucks A’Plenty is a long-time activist, Pro Domme, sex educator, and co-national coordinator for The #OldProProject, which “seeks to elevate sex worker history through art.” A’Plenty’s experience with platforms shunning sex workers started on FetLife, which they joined to be a part of the kink community.

“FetLife was really loosey goosey about a lot of things, but they were on top of sex work,” they say. “You could talk about it in the theoretical, but if they even caught wind that you were selling panties there, that’s way too close to SW. It was like [they were saying], ‘We know you hookers are out there on this site but keep that shit to yourself.’”

According to A’Plenty, FetLife was more worried about prostitution than rape and consent violations shutting down their website—the latter of which were far more troubling to A’Plenty.

SWers and clients have been forced to migrate platforms, seeking out spaces such as SugarBaby.com and dating apps. Yet, A’Plenty finds that the conversations already occurring in these spaces boil down to “sex work bad.” As they say, “You can peg someone for free, but god forbid you charge for it.”

Thus, it is not surprising that the whispers for OnlyFans’ impending decision were going on for months.

A’Plenty says online SW communities were saying it was simply a matter of time before they would be chased off OF once celebrities like Cardi B. and Bella Thorne jumped on.

A’Plenty said as soon as the Bloomberg article hit, there were posts with resources and infocards to help SW’s take next steps, which they said speaks to the community’s resourcefulness and how prepared they were for this shoe to drop. But to them, and many users, OF content is synonymous with sex work. The collective cry amongst A’Plenty’s colleagues in response to the first announcement in August was, “I FUCKING TOLD YOU SO!”

The first decision, arriving at the height of the second wave of the pandemic, was particularly callous.

“It was the height of lack of self-awareness, and the cruelty of it, knowing that this is how a lot of folks are keeping food on the table, and feeding their kids—just the lack of respect.” It really got to A’Plenty and SW supporters.

FOSTA-SESTA has produced only 11 criminal and civil charges since its passage in 2018 according to the U.S. Government Accountability Office in a March 2021 report. That same report said that FOSTA/SESTA has made it more difficult to find and stop human trafficking and CSAM (Child Sexual Abuse Material). It’s actually impeding law enforcement.

Credit cards, payment processors, banks, and platforms declare that their policies are designed to protect the innocent. Yet, every major bank takes payments from Facebook-owned subsidiaries, which combined account for 94% of Child Sexual Abuse Materials (CSAM) reports, according to a May 2020 U.S. Securities and Exchange Commission report. You read that right. Of the 16.8 million cases of CSAM, 15.8 million came from Facebook-owned platforms So who is it that’s being protected by laws such as FOSTA-SESTA, exactly? The children and marginalized communities? Or Zuckerberg’s banks?

History is repeating itself.

“Sex workers join a site, build up the platform, everyone makes money off what’s happening, and then it’s, ‘Thank you sex workers, you gotta fucking go,’” says A’Plenty.

Evans also noted, “It’s really cute that [OF is] basically saying, ‘Thank you for making us rich, but, you know, it’s not us, it’s you, and we’re gonna have to break up now.’”

If platforms are building a fortune on the backs of sex workers, it is only right that they stand with SWers.

“No one is logging in [to OF] to get recipes. They are there for pornography. There’s nothing wrong with that, but that’s the nature of why it’s so popular,” Araña states, adding that OF should simply accept it and take skin in the game.

We at The Pitch unequivocally support sex workers and respect their professions. We know that you don’t have to be a sex worker or a bank exec to take action to support SW. Between the influx of people who got into sex work during the pandemic, those who frequently purchase content/services from sex workers or pornography, and those who support sex workers’ rights, push-back is possible.

Here are four steps to get you started. Be more vocal on social media about supporting SW and start a convo with your friends. Support the Sex Workers Outreach Project USA, the forerunning social justice organization fighting for SWer’s human rights. Check out The #OldProProject that A’Plenty works with. And be unabashedly pro-hoe.

We leave you with the words of Killer Mike: “I support the sex workers unionizing their services.”

You can find Kristen @OpenTheDoorsKC on Twitter and Instagram or openthedoorscoaching.com. Check out her podcast, Keep Them Coming with Open the Doors Coaching on The Pitch Podcast Network.