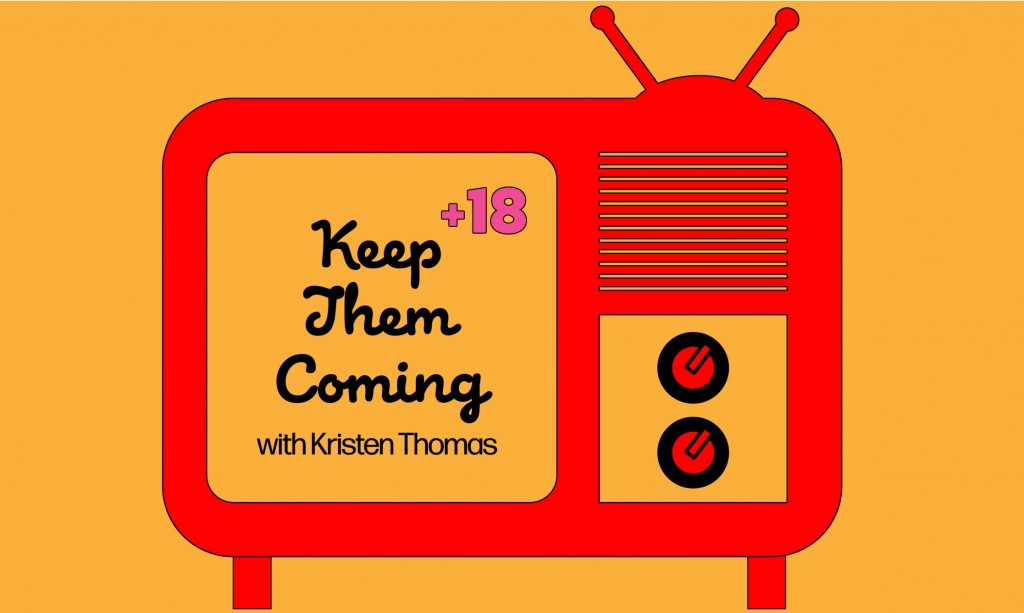 “I took your advice, Kristen.”

“I finally bought some non-cotton, non-boring underwear and wore them for my date. I felt sexy, and it put me in a different mindset for the date!”

I give this advice to all my friends of all genders. This particular conversation happened with a fella who had just worn new boxer briefs he liked his butt in. I’m a firm believer in wearing undergarments that aren’t your boring same old, same old when you want a little something “extra” for the day. Maybe they have a little flair, they feel and look like new, and you feel comfortable and sexy in them.

When I discuss the notion of wearing sexy undies to shift one’s attitude—it’s fairly normalized amongst femmes.

However, my male friends and clients… some of them have looked at me like I have two heads when I asked if they have underwear they feel hot as fuck in. Many of them also tell me they have no idea where to shop, especially if they wear anything bigger than an XL.

Say it with me: one size does NOT fit all

Opportunities to go to a KC storefront to see and touch underwear for men are limited. Fortunately, we have our very own menswear aficionado running around who’s looking to change that: Steve Wilson, Jr.

Wilson had tried to utilize the subscription model for paired men’s socks, ties, and underwear via local menswear shop, Innovative Menswear Co. However, he found that trying to source sizes that were consistent across cultures with fabrics that were high quality was difficult.

Wilson realized that different manufacturers, Italian and Indonesian brands, for example, have starkly different sizing. And men who wear sizes bigger than XL are often left out altogether. All of these factors, including that fabrics did not feel as good to the touch as many photos led him to believe.

You can get plus-size undies at Duluth Trading Co, but those have very little sex appeal and often don’t fit well. Baggy bottoms = diaper butt. Ordering online, especially from manufacturers in Asia, will often result in a 2XL fitting like a Large.

In the age-old tradition of if you want something done right, you gotta do it yourself, Wilson began to look around the Kansas City community for opportunities. In his time as the Digital Media Strategist at the Kansas City Star, he had come across Rightfully Sewn, whose goal is to make Kansas City a fashion hub once more.

Could that goal include men’s undergarments? Turns out, thanks to Wilson, indeed it could.

Wilson is launching Bespoke Underneath in March, and partnering with Rightfully Sewn to bring locally produced and sustainably sourced men’s underwear to the scene. The first items to hit the market will be a boxer brief and tank top. The goal is to use fabric produced from fibers grown and spun in the U.S., such as bamboo and hemp, while employing locally for manufacturing the final product.

When I ask Wilson what makes men’s undies sexy, he says plainly: “The fit.”

Sometimes feeling sexy won’t involve lace or leather or funky patterns, but it certainly must include a good cut, fabrics that feel soft to the touch, and seams that are in the right places.

His plan is to begin with sales in boutiques and online, eventually expanding the line to include more cuts, and adding personal care products such as cologne and body wash.

Not in the mood to hang out in a (banana) hammock?

I went to a local store to check out a selection of Andrew Christian underwear in person. This label is known for male briefs with amusing patterns and colors and seems to be focused on a particular look—banana hammocks. There’s not much available if you’re not into that.

Last month over brunch with my hubs and two other friends, a gay couple, I brought up this quandary.

“No one in town can tell me where to go buy a sexy pair of underwear for my partner that isn’t a banana hammock!”

One of the pair, Jay, said he LOVES fancy underwear and has been hosting underwear parties over the course of the pandemic. I, of course, leaned in and said, “Tell me more!”

Some men collect watches, ties, or hats. Jay collects underwear. The parties were an idea he came up with to cut through the boredom of the pandemic. Thanks to online shopping and having a ton of time on his hands, he vastly grew his collection. He began inviting a small group of friends over to do mini fashion shows for one another as people got vaccinated.

There are two rules for the underwear fashion shows: everyone is affirming, and everyone has to be fully willing to try on Jay’s entire underwear repertoire. He ensures that there’s a variety of patterns, cuts, fits, and fabrics. There’s lace, nice stretchy soft blends, leather, and sometimes as an accessory, there are wings.

Many times, his friends end up buying pairs they never would have tried on without encouragement and opportunity. It’s hard to order something outside your comfort zone online to simply send it to the landfill if you don’t like it or it doesn’t fit—trying on a friend’s (clean) pair before is a completely nontraditional solution.

Jay also confirmed that our market is severely limited for male undergarments. While, as a woman, I have my choice of fast fashion to couture in Kansas City, men have Hanes at big box stores and Andrew Christian at sex shops.

“[Sex shop underwear is] the kind of shit you put on for 20 seconds and it gets ripped off!” Jay says. (As a lingerie owner, I’m actually quite familiar with that trope.) Instead, he recommends brands such as C-IN², Marco Marco, and 2EROS.

A few years ago, I was picking out some lingerie. I worried out loud that it wouldn’t get much wear, that I was just buying it for a boudoir shoot and the shop gal said something like, “Honey, you don’t have to just wear it for someone else. Wear it for you.”

After wearing a set for the first time in a boardroom under my very professional work attire, I decided I was gonna wear them whenever I damn well pleased because I felt so good.

I challenge you, regardless of your gender, to buy some new underwear that is nothing like what you have in the drawer at the moment. Sometimes you don’t know what will look sexy until you try it.