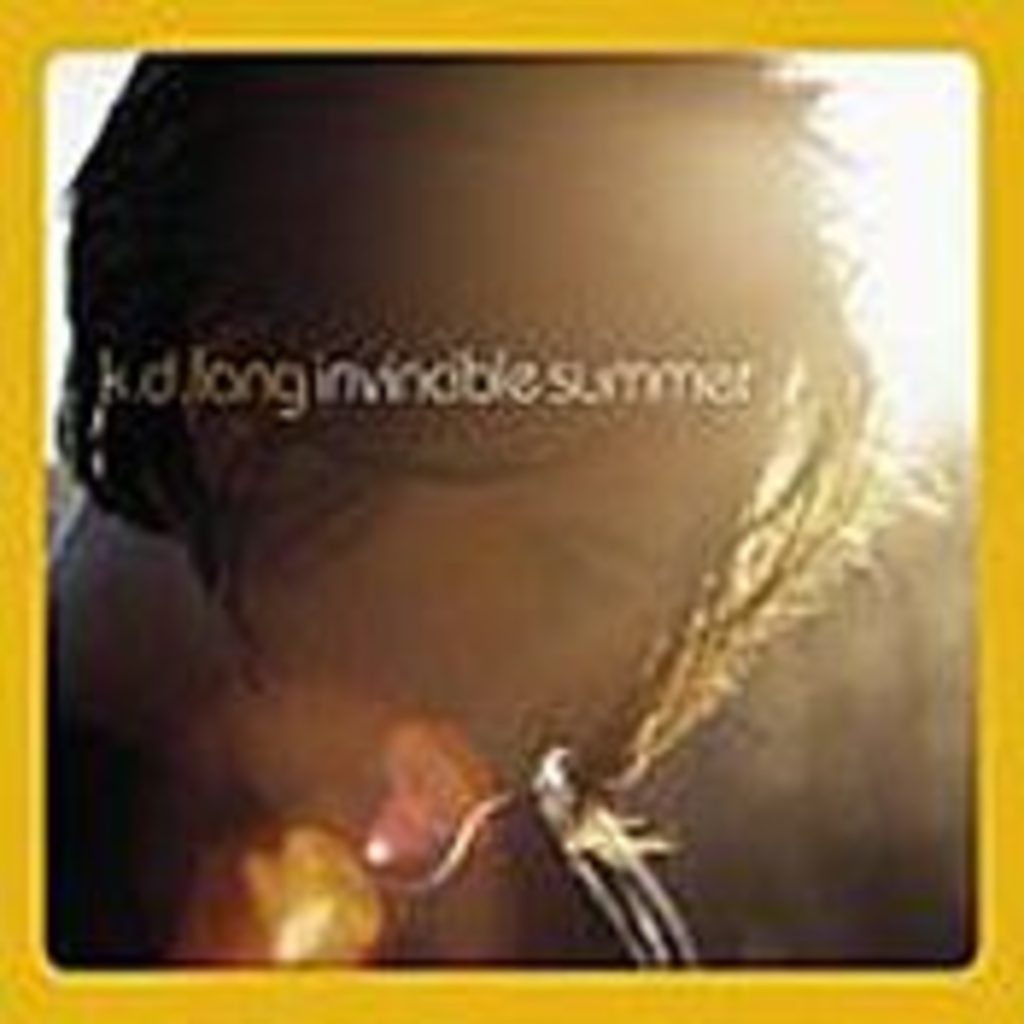 Probably the best singer in pop music, k.d. lang is still finding her voice on disc. Affixing the Albert Camus quote that gives Invincible Summer its title to an otherwise vapid lyric sheet only exacerbates the trouble with her new album. For all the finesse of the brief, melt-in-your-mouth set of songs, the content is frustratingly slight, even given that lang wanted to keep things breezy.

Most of the music — a sunny collage of strings, vibes, swirly keyboards, and thickly tracked backing vocals — foams pleasantly around lang’s singing like cool tide water. But look too closely and it becomes apparent that lang is still circling tentatively around romance and infatuation. Her voice remains a terrifically sultry instrument, ideal for communicating humid waves of desire. But too often, her songs offer so little insight into the “sacrifices” and “delirious truth” she sings about that listeners might suspect lang is still awaiting her first kiss.

That’s a step back from 1995’s All You Can Eat, a strong marriage of lang’s best melodies and most focused writing. That the songs on that album were playful and carnal without sacrificing adulthood seems a greater accomplishment in light of Summer‘s disproportionate fluffiness. Maybe it’s unfair to yoke an obviously happy lang with expectations, but a five-year wait for a step back, even a tuneful one, isn’t a day at the beach. It’s a shoeful of sand.