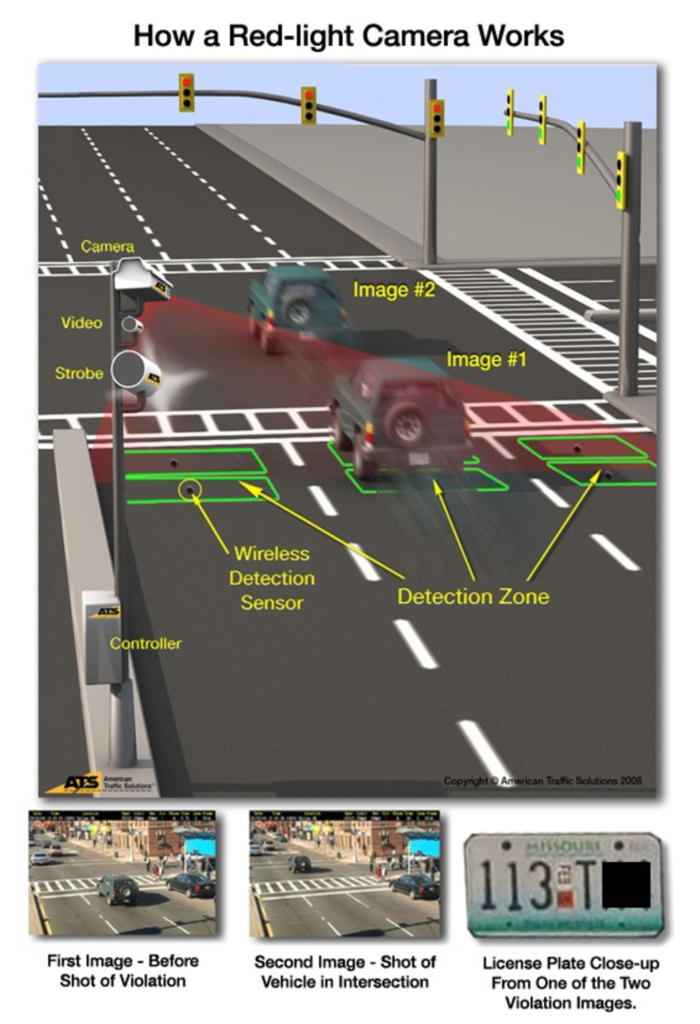 The red-light cameras strategically positioned around KC seem to be working their magic of making dollars disappear from disobedient drivers’ wallets.

The Kansas City Star reports today that the number of tickets issued at 39th and Southwest Trafficway has dropped 80 percent since the cameras were flipped on four months ago. But tickets are on the rise at other intersections: 2,300 tickets were issued at nine intersections. The cameras switched on earlier this month produced 531 tickets in just nine days.

With dollar signs in their eyes, city leaders want to add 10 more cameras, and that’s a problem for the police, who are “struggling to keep up.”

Here’s what the Star says:

Officers working in shifts review about 400 alleged violations each day. With the new cameras, the number is expected to increase to 600 a day, or 4,200 a week, police said.

Keeping up with the ever-growing queue will cost about $158,000 a year, police said.

Police officials said Tuesday they were seeking to get reimbursed for the extra work.