KCMO puts off resolution on Section 8 housing on Armour Boulevard 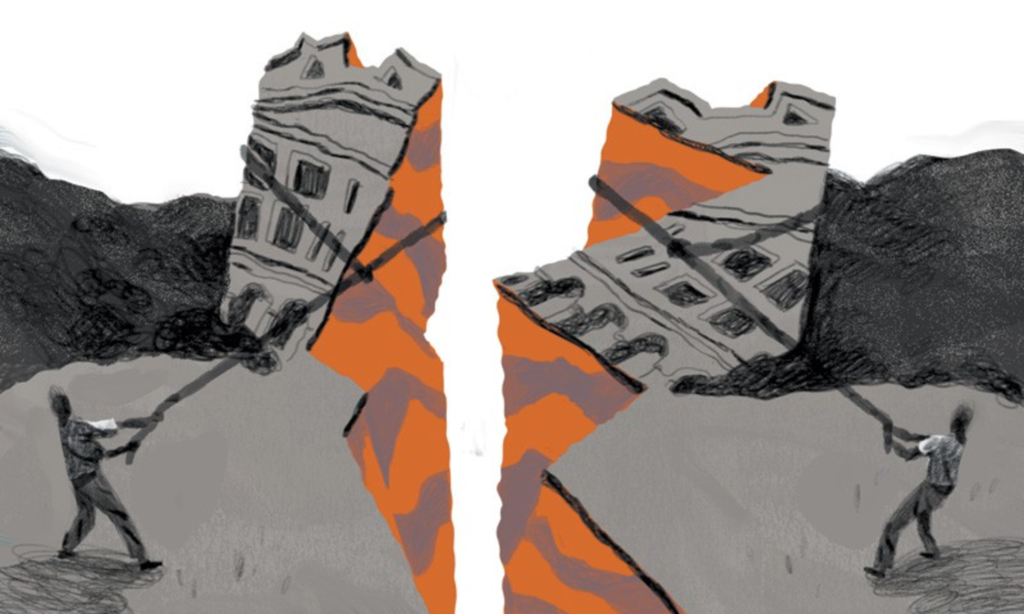 A protracted dispute between City Hall and the owner of three low-income apartment buildings along Armour Boulevard, in midtown, seemed on its way toward resolution last week. But then surrounding neighborhoods caught wind of the arrangement.

The Kansas City Neighborhoods, Housing & Healthy Communities Committee was supposed to vote on something of a compromise between the city and Maine-based Eagle Point Apartments, which owns the Bainbridge, Linda Vista and Georgian Court apartments along the north side of Armour, east of Gillham Road. But the resolution was pulled shortly before the meeting, without any public explanation.

Kansas City Councilman Jim Glover tells The Pitch that neighborhood leaders around Hyde Park didn’t like the details of the plan, which would have abandoned an earlier effort by the city to take the properties from Eagle Point by eminent domain.

“The six neighborhoods around the [Eagle Point–owned] neighborhood weren’t thrilled with it,” Glover says.

Thus continues the long-running standoff between the city and Eagle Point, which reopened the Bainbridge Apartments as Section 8 low-income housing after it acquired the properties in 2006. Eagle Point spent $31.5 million improving the historic buildings, and 400 people — nearly all of whom are black — live there.

The problem to which Glover alludes is the appreciable spike in crime on Eagle Point’s property after the company reopened the Bainbridge, in 2008.

“Those buildings have always gone through various stages of management,” Glover says. “Sometimes the management improves. Sometimes it doesn’t. We’ve noticed that for 20 years. It’s a long-term issue we’re concerned with.”

The city’s proposed solution was unorthodox: Get the Planned Industrial Expansion Authority to declare the buildings blighted, paving the way for the city to wrest the properties from Eagle Point by eminent domain.

To do this, the PIEA in 2013 hired a consultant named Pat Sterrett, who used to work for the Economic Development Corporation of Kansas City (another development agency that contracts with City Hall), to scope out the buildings. Normally, blight studies evaluate the presence of code violations, unsanitary conditions and dangerous structural failings in order to render a blight designation. Sterrett could find no such problems with Eagle Point’s properties. He reported that they were in good shape in the usual ways. But he added an unusual caveat.

Sterrett declared the properties to be “socially blighted.” He cited the presence of crime to justify his use of that magic word, blighted.

But a close inspection of his report shows that crime had actually been decreasing at the Eagle Point properties since 2009. Though crime figures made an appreciable uptick in 2008 and 2009, Sterrett’s statistics weren’t adjusted on a per-capita basis; the elevation was consistent with the rising population inside the buildings. And Sterrett admitted that his own statistical analysis of what he labeled crime “hot spots” showed a decline in criminal activity.

Crime remained the sole basis of Sterrett’s social-blight designation, however. And not everyone on the PIEA board (whose members are appointed by Kansas City Mayor Sly James) was comfortable with the “social blight” designation.

“Everybody wants to see a positive resolution to decreasing crime, to effectively integrating rich and poor and white and black, so this is a bad stopgap,” PIEA board member Brian Noland tells The Pitch. “It’s not a tool that addresses any of the root problems.”

The “social blight” tag is almost never deployed, in part because courts tend to frown on the designation. In 2005, a private company in Clayton, Missouri (St. Louis’ equivalent of Overland Park), attempted to take over property it wanted for an office expansion by using the social-blight classification. The plan had Clayton’s blessing, but the Missouri Supreme Court overturned its use in that instance.

The U.S. Department of Housing and Urban Development, the agency that administers Section 8 housing, also took a dim view of the city’s posture toward the Eagle Point properties. In a statement made last February, local HUD officials slammed the city for considering condemnation of properties where conditions appeared to be improving.

“The memorandum of understanding between the city and the Eagle Point apartments, we thought, was a positive step going forward, and we are disappointed that the matter has been tabled,” HUD spokeswoman Aggie Gutierrez tells The Pitch.

There’s no timeline for crafting a new agreement, if there’s one at all. City Hall has a written plan to relocate residents of the Eagle Point properties if it condemns the buildings.