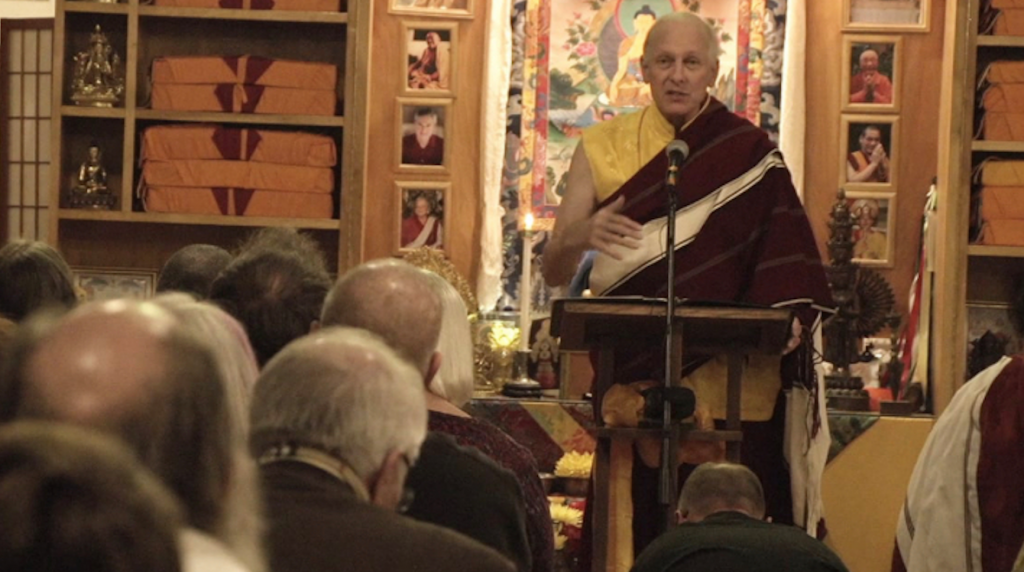 We’ve been asking members of the KC community to submit stories about life under quarantine, protests, politics, and other subjects that require discussion. If you’ve got a story you’d like to share, please send it to brock@thepitchkc.com for consideration. Today, local union labor activist Daniel Scharpenburg reflects on our city’s recent loss of Lama Chuck Stanford.

At the time there weren’t very many opportunities for someone who had an interest in Buddhism. He wanted to bring these teachings based in wisdom and compassion to our city, and he worked tirelessly in that mission.

Chuck was an ordained Lama in the Tibetan Buddhist tradition. He trained with teachers and had a wealth of knowledge before he built our community. Lama Chuck and Mary found an old beautiful church near the crossroads. They rented it out and turned it into the Rime Center. They just believed the Rime Center would work—that they could start this from nothing and bring in enough donations to keep it afloat.

He served as the director of the Rime Center for 20 years. In addition to that, he served on the Kansas City Interfaith Council where he worked with other religious leaders to try to build bridges across every aisle.

The world needs more of that these days.

He also traveled around local prisons, sharing teachings with inmates. Sometimes people in prison are forgotten by society, but not by Lama Chuck. Actually, I wonder if—in the larger sense—he ever forgot anyone? I met him in 2010 and he remembered my name the second time he saw me. Weeks later.

He founded the Rime Center with a view on non-sectarianism. Not unlike other religions, Buddhism has very branches and factions that can be quite diverse. Chuck and Mary wanted to build a center where people from various Buddhist traditions could come together and practice.

Buddhism isn’t all over the place in this city. The Rime Center has been able to reach people of various forms of Buddhism, as well as people who are just interested in meditation practice.

It wouldn’t be an exaggeration to say that 1,000 people or more in Kansas City have developed a daily meditation practice directly because of Lama Chuck. He also trained many people to be meditation teachers (including me) so these important practices could be shared widely. 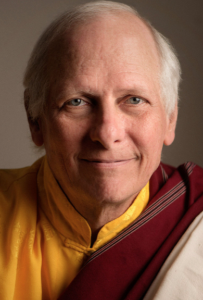 Lama Chuck Stanford had a vision that Buddhism could flourish in a place like Kansas City. He was right, it is flourishing.

A few years ago he retired.

He passed the torch on to two people. It takes two people to fill the big shoes he left behind. Their names are Lama Matthew Rice and Gabi Otto.

But the truth is in a way he passed on the torch to all of us.

The Rime Center doesn’t look like it used to. We’re not in that beautiful old church anymore. We’ve bought some land and we’re doing the work of establishing a temple of our own there. That’s how we’re working hard to carry on his legacy.

There’s always work to be done.

He is survived by his wife, his kids, and his grandkids.

Knowing that he’s gone hurts. And it hurts more than just us as individuals—it hurts a community. He touched a lot of lives and helped a lot of people cultivate mindfulness and compassion.

May his mission be remembered as much as his presence.

You can follow the Rime Center’s work here. They have put out an aspirational prayer in his honor that you can read here. Donate to their work via Paypal.