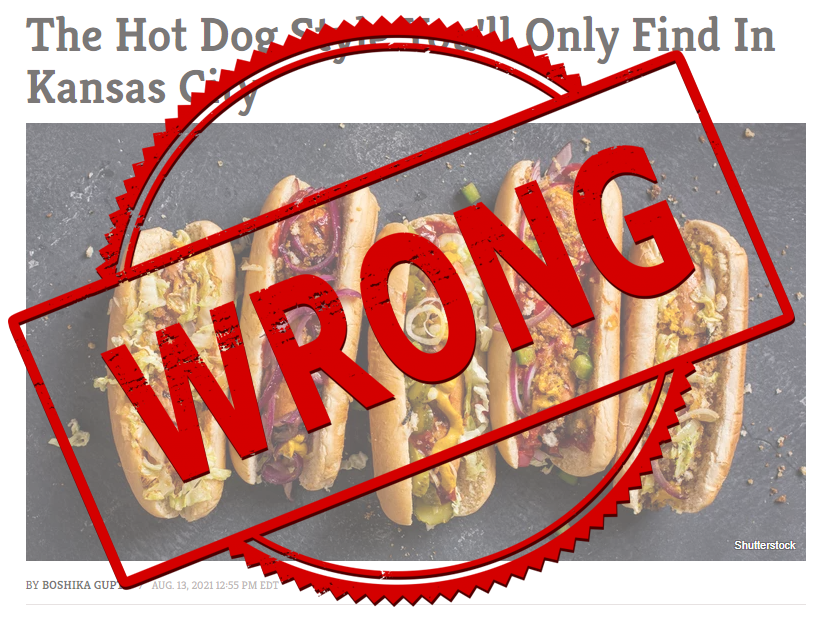 We’ve been asking members of the KC community to submit stories about their thoughts and experiences in all walks of life. If you’ve got a story you’d like to share with our readers, please send it to brock@thepitchkc.com for consideration. Today, local teacher Patrick Fedo weighs in on an issue vital to the heart of the spirit of the city. Specifically, its arteries.

An open letter to the honorable Mayor Quinton Lucas, regarding a proposal to correct the besmirchment caused by the big cats of Big Media, to that of our great and powerful Kansas City.

The other night I was doomscrolling social media, when I noticed my buddy Marc posted a Facebook status:

“Kansas City friends – traveling around the South, I keep running into a supposed ‘Kansas City staple’ at food trucks and drive-up stands that has me completely flummoxed…In my 2 decades in KC I never once had this, heard of this or went out with friends to partake in eating this abomination.

Is this a thing?? Are any of you eating it and calling it a KC dog?? What joker conned the world into thinking this was actually a thing Kansas Citians ate, let alone enjoyed so regularly and in large enough quantities that it was allowed to be graced with the city’s name?”

He posted a link to a 2021 Boshika Gupta Mashed.com article, The Hot Dog Style You’ll Only Find In Kansas City which audaciously claims that the hot dog carrying the name of our fair city is topped with “corned beef, sauerkraut, Swiss cheese, and a creamy dressing.” 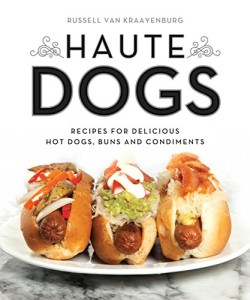 No one had heard of, much less eaten this so-called Kansas City dog.

So, I started doing a little research. There are a number of articles out there about regional dogs, many which proclaim this Reubenesque frank as our hometown wiener. But none of them have any consistency. Some say it’s Thousand Island dressing. Others say it’s Russian dressing. Heck, most of them don’t even mention corned beef at all.

For example, Russell van Kraayenburg’s book, Haute Dogs: Recipes for Delicious Hot Dogs, Buns, and Condiments. No corned beef, but he lists brown mustard and caraway seeds as the essential ingredients. And he wrote the literal book on hotdogs.

Most of them do, however, mention Kauffman Stadium, saying that because it’s sold at Royals games, we eat this thing up. But here’s the thing—the official website for the stadium doesn’t come close to describing the beef monstrosity that the false prophets would have you believe.

Inconsistencies aside, Mr. Mayor, I don’t even really care about those charlatans propping up this distortion of a dog. I do, however, care about this city.

It’s about now that I bet you’re asking yourself, “Well, he’s got a point, but who is this hunk and why should I listen to his genius proposal?”

I’ve been a teacher in Kansas City for almost a quarter of a century. From down in Martin City to my current residence in Parkville, to my roots in Independence where I earned a Golden Apple. I love engaging the minds of tiny humans, I love novelty foods, and damn do I love Kansas City. I’m fully aware of the troubling times we’re in—a time of widespread economic and racial injustice, an ignored climate crisis, and a near possible collapse of our democracy.

But this? This is a problem we can solve.

So, my proposal is thus: Before we are thrust upon the global stage hosting games for the World Cup, we need to put our name on a stadium-style frank to live alongside the great Danger Dog. A true representation of the city we can declare the KC Dog.

I’m thinking of a frankfurter by The Local Pig, SLAP’s award-winning pulled pork on top, followed by cheese curds by Shatto (oooh maybe cajun-seasoned curds—get a little 18th & Vine in there.) Put some Polly’s Pop on ice, kick the whole thing off at our Screenland Armour Theatre and make a day of it. Get Sluggerr out there, Brian Busby. You get what I’m saying. Boulevard brings the finishing touch.

That’d be a wiener worthy of our great city—instantly recognizable and undeniably Kansas City.

(Author’s note: To dispel any future arguments, a hot dog is NOT a sandwich. Plus, everyone knows we already have our own sandwich—The Z Man. I won’t be taking any questions at this time.)

Anyway, Mr. Mayor. That’s my idea. I’m not really sure how to go about making this a reality. You’re the guy in the chair. Maybe we just make one, snap some photos, and tell everyone else this is how it works. Anything but the creation we’re currently saddled with.

Thanks in advance,
Patrick Fedo
#TheRealKCDog