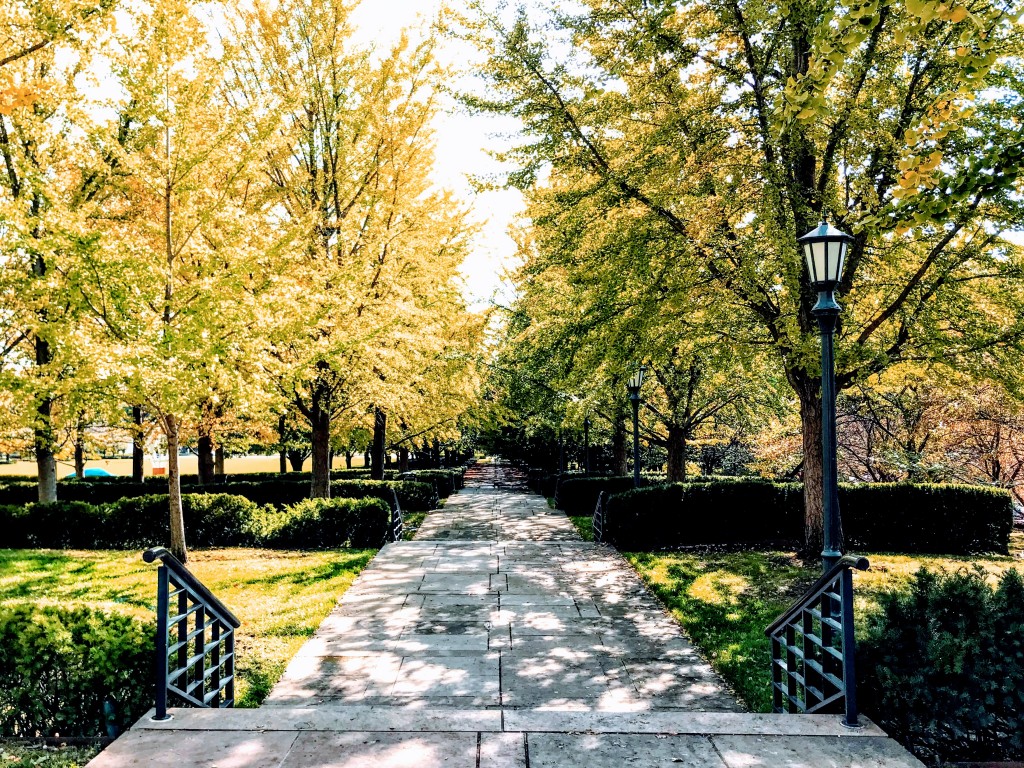 We’ve been asking members of the KC community to submit stories about life under quarantine, protests, politics, and other subjects that require discussion. If you’ve got a story you’d like to share, please send it to brock@thepitchkc.com for consideration. Today, Kansas City resident and member of the Nelson-Atkins Museum’s, Young Friends of Art, Ginny Varraveto, shares a message of hope to encourage us not to give up, and to keep dreaming during difficult times.

There are 79 ginkgo trees that grow on the Nelson-Atkins Museum of Art’s south lawn. I know this because I counted them. These days in lieu of potlucks and get-togethers, I walk around outside making friends with the trees. I ponder the leaves that dot the sidewalk yellow, orange and brown. My eyes fix on the friendly shape of a maple leaf. It reassures me like a familiar face. I’ve made some new acquaintances lately, like two giant cottonwoods that greeted me on a stroll through Roanoke Park. But the ginkgoes at the Nelson and I have known each other for years.

When we met, I was in my late 20s—young enough to have dreams and old enough to know how hard it is to get them. I had seen the trees many times but didn’t notice they were ginkgoes until I was flat on my back beneath them for Saturday morning yoga. I was exhausted. My mind felt frayed by the pressure of a demanding job. I remember hoping the other yoga students would stay focused on meditation and not see the tears dropping onto my blue mat. Hope felt trapped in a tunnel of compromise and practical life choices. Staring at the mosaic of sunlight, sky, and green above me, I realized that I was under a canopy of ginkgo trees.

They showed me the way out of the darkness. Ginkgo trees are the oldest living tree species on the planet. Sturdy and deep-rooted, they survive and grow even under extreme stress. After the atomic bombs in Hiroshima, four ginkgo trees endured. They are a symbol of resilience. When I see one, I take personal comfort. They remind me of my grandfather who collected their fan-shaped leaves in shoeboxes he called “treasure boxes.” I remember how he made ordinary things seem special and found lightness in the struggle.

That day at the Nelson-Atkins, I sensed that someone was looking out for me. Grandpa or maybe God or the universe waved at me through the trees told me not to give up. Lying in the grass I noticed tall letters scrolling across the top of the museum’s massive limestone facade. It was a quote from Victor Hugo, and it offered a lesson in hope. “The soul,” it said, “has greater need of the ideal than of the real.”

I return to this lesson now during strange and challenging times. As humans, we must hold onto our dreams. We need them to survive. They are like roots. They keep us going even when they are buried. Now when I walk by the museum, I salute the 79 ginkgo trees. I know that like them I can persevere. If I can keep dreaming everything will be okay.