KC VITAS’ Octetoberfest looks to get spooky at St. Mary’s 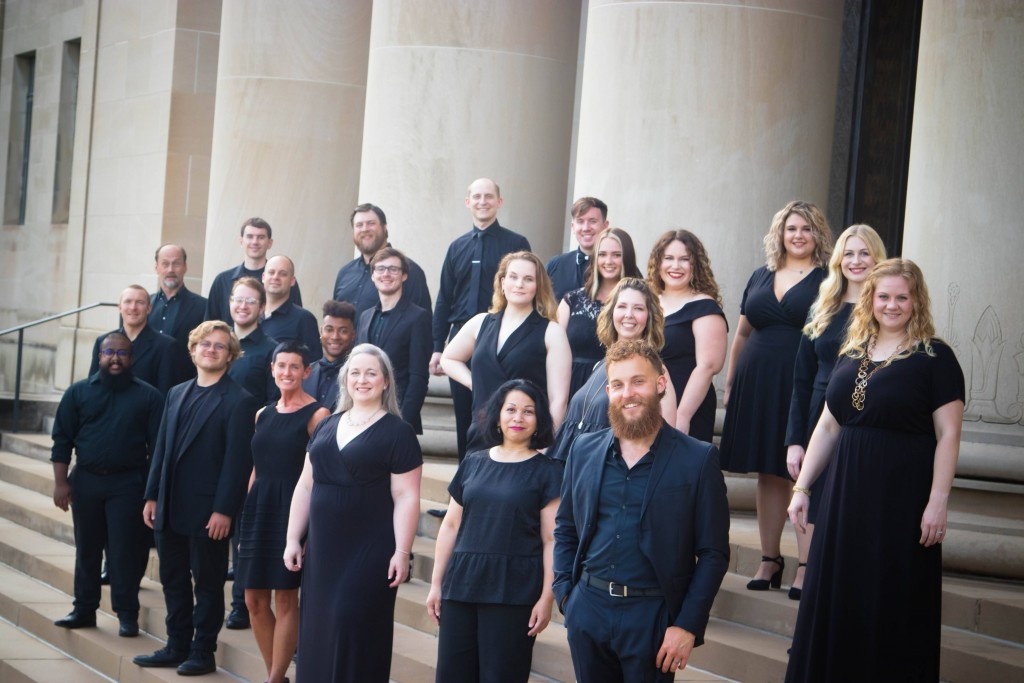 For those looking to class up their Halloweekend activities, there’s no better way to kick everything off than Kansas City Vibrating Internal Thyroarytenoids’ (KC VITAS) Octetoberfest at St. Mary’s Episcopal Church on Friday, October 29. The group of professional singers “with the mission to promote the continued creation and performance of ‘contemporary-classical’ vocal music […] is committed to performing new music, benefiting composers and performers alike,” says their website, and their upcoming performance looks to take that mission and make it spooky.

Jackson Thomas, director of the chamber choir, clarifies that while the group is sticking with the clever name from last year’s inaugural outdoor event, it’s not all octets.

“We wanted to hold on to the name and we’re spinning it a little bit, so there will be octets but we have some larger numbers,” Thomas acknowledges, saying that the octet arrangement for the 2020 performance was a necessary thing during the pandemic and quarantine. “But the name is just so dang clever, you know, we just found a way to keep it and continue it.” 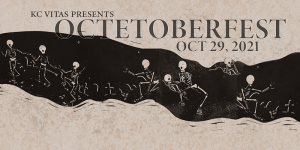 To honor that name and in keeping with the spirit of the Halloween season—as well as performing in a century and a half old space which is purportedly haunted–the pieces performed and the decoration of St. Mary’s will definitely lean spooky.

“First of all, this space is dark anyway, but we’re going to bring it up a notch,” Thomas explains. “The arc of the program starts with music that’s themed around nighttime. It starts with a little bit more tame subject matter, and then it will move into a spookier kind of witching hour type section of pieces and then it ends with its most sinister.”

We’re going to move the chairs to where we have multiple performance venues going on at any given time, so that we can quickly change,” the director continues. “Once one piece has done it at one side of the room, you know, we can have people lining up and doing something that’s surrounding the audience.”

It’s meant to be more immersive, Thomas says. Additionally, they have some chants that their composer in residence is writing and they also found some biblical texts that follow that nighttime to spooky to sinister vibe which will mark the changes in the section of the program as they progress.

“The last piece is I’m toying around with—what’s going to end the concert—literally is speaking about a woman who’s in an apartment and she lights the apartment on fire,” Thomas says. “She is recalling how everything is going up in flames and that the spots on her dog are falling off. It’s quite a bit of heavy subject matter when we get into that portion of the program. And then we all have cocktails and pretzels afterward, you know?”

Those are homemade Bavarian-style pretzels and themed cocktails created by the general manager of Trezo Mare in Briarcliff, no less, along with mocktails for those who don’t imbibe.

Thomas notes that Octetoberfest seems like a way to embrace the current mood we’re in with a sense of levity coming through, despite some heavy pieces.

“I don’t think that it’s anything that people won’t be able to handle, but it’s the perfect timing for this type of program,” Thomas acknowledges. “We wanted to give something or present something that is this heavily themed. We just have the right pieces that we’ve collected over the years by composers–as well as some new things–that it’s just the right time to give this. So the fact that the world is on fire at the same time, I think it’s coincidental, but I guess it works out.”

Due to the sacred space in which KC VITAS is performing, they hopefully aren’t inviting a Masque of the Red Death-type situation, but the group is also partnering with the clergy of St. Mary’s to put on Octetoberfest. The clergy will tell ghost stories and the story of St Mary’s during the concert, as well, with the church’s Father Charles offering up tales centered around the space that everybody is in.