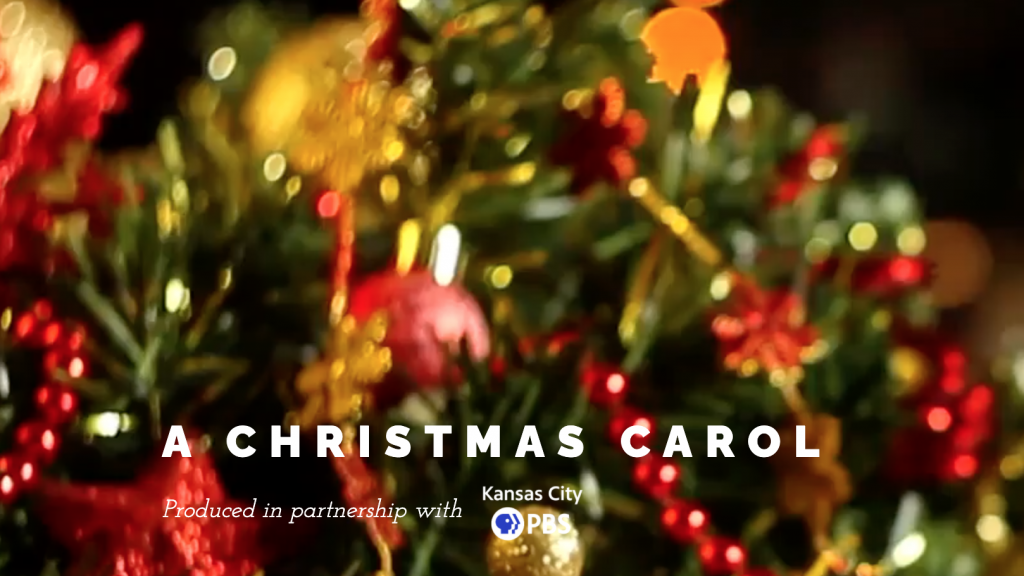 Kansas City Repertory Theater has been performing “A Christmas Carol” for 40 years. With the presence of COVID-19, the organization is approaching the holiday tradition differently this year.

After a thorough discussion on how to best approach the annual performance Stuart Carden, KC Rep’s artistic director, and the rest of the organization decided a virtual performance was the only way for the show to go on. The production will include readings from Charles Dickens’ 1843 novella. It will be available for streaming Nov. 23 through Dec. 31.

The show’s usual 50 person cast was paired down to four KC veteran actors: Walter Coppage, Gary Neal Johnson, Vanessa Severo, and Bri Woods. After a rehearsal process run by Carden via Zoom, the production was filmed at the Vaile Mansion, a Victorian home, and museum in Independence, Missouri. The production process took place over a two day period with COVID safety precautions in place. The backdrop of the house was chosen so viewers feel as though they are attending a holiday party, even if watching through a screen. Each actor was individually filmed, reading their chapter of Dickens’ work sitting fireside. Music from harpist Peggy Friesen is also featured in the virtual performance.

Gary Neal Johnson has been performing in the Rep’s “A Christmas Carol” since 1982. He has performed various roles in production over the years. However, over the last twenty years, he has played the leading role of Ebenezer Scrooge.

In a recent KCUR article, Johnson spoke about the challenge of adjusting to performing on camera. “Television is quite different than stage acting where it has to be bigger because you have 30 rows to reach,” he says, “and they need to be able to hear it.”

Johnson is grateful to be performing again, as it’s his first acting job this year. However, with seasons cancelled and venues closed, others in the theater community haven’t been as fortunate.

With actors, designers, costumers, and musicians out of work, a new organization, Theatre Community Fund of Kansas City, has emerged to collaborate with local theaters to host food drives. These food drives have been hosted at outdoor performances at Union Cemetery and the Nelson-Atkins Museum of Art.

The fund’s executive director, actor Jake Walker, and his fellow theater professionals worked in unison to launch Theatre Community Fund. They were inspired by similar work at the Denver Actors Fund.

Walker played Bob Cratchit in KC Rep’s A Christmas Carol last year. In the same KCUR article, Walker says, “While the need is great right now because of COVID,” artists always need this.” With artists constantly moving from gig to gig, there is instability always present in theater. Walker hopes this time will help lay the foundation, “for a long-term service for the community.”

Three theater families are relying on the food bank at this time, while others are utilizing it as needed. Despite being different from the usual holiday season, Walker is making the best of it and “hoping to kind of help everyone remember that we have to take care of each other.”

The Unicorn Theatre is being used as a space to hold donations. Visit Theatre Community Fund of Kansas City’s Facebook and Instagram to donate.