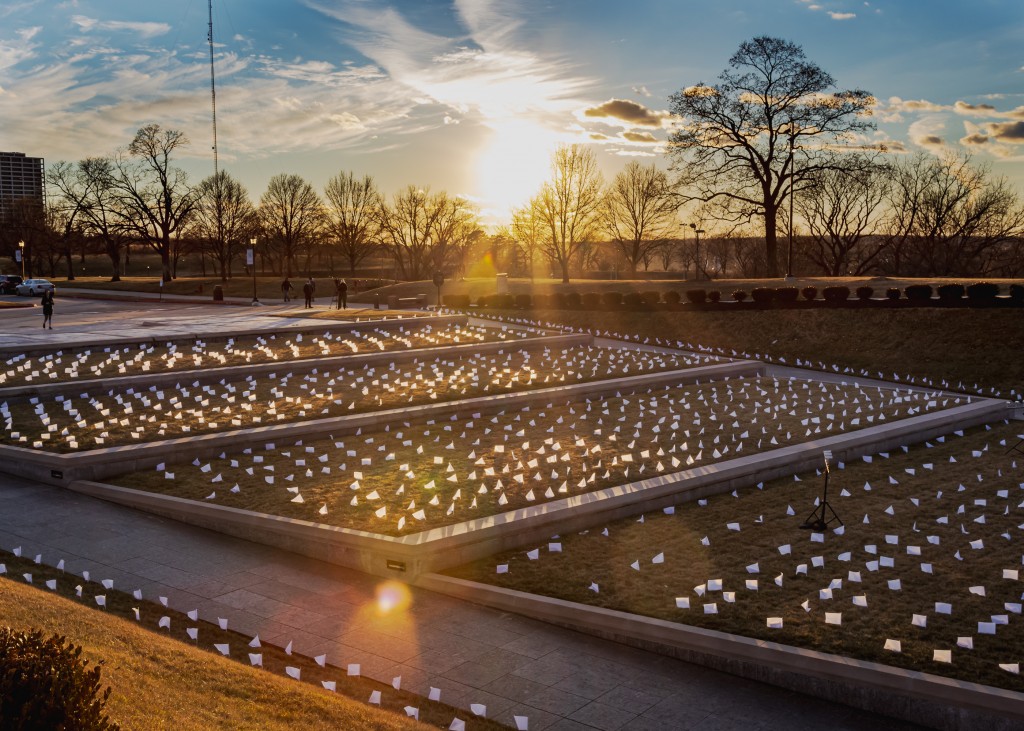 At sundown on Tuesday, January 19th cities all across the nation held small gatherings to pay respect to the 400,000+ Americans who have died during this pandemic. As the nation prepared for the inauguration of the 46th President, then President-elect Biden and Vice-President-elect Harris spoke to the nation from the Lincoln Memorial Reflecting Pool in Washington, DC.

Four hundred lanterns were lit alongside the water (one for every 1,000 deaths) and prayers were offered for the memory of the dead. Biden spoke with empathy of the loss and grief that the nation feels, drawing on the personal experience of the loss of his wife and daughter in a car accident and the more recent loss of his son Beau to cancer.

“It’s hard sometimes to remember, but that’s how we heal. It’s important that we do that as a nation,” he said.

In Kansas City, a small crowd gathered at Liberty Memorial. It seemed a fitting location as the last great pandemic that affected our nation was the Spanish Flu Pandemic of 1918 which found its way into America from Europe as American soldiers returned home from WWI. The entrance to the WWI museum was lined with 1,665 small, white flags.

One flag for every local resident who has died of Covid in the metro.

A variety of speakers included representatives from the museum, the city council, Dr. Rex Archer of the Kansas City Health Department, and Justice Horn from President-elect Biden’s transition team.

Horn, a local activist, urged Kansas Citians to stay vigilant and continue social distancing practices. He especially called out to younger residents to remember their social responsibility to contain the spread by staying out of nightclubs and avoiding parties until the vaccines have a chance to affect transmission.

“This issue is all of our issue,” Horn says. “We need to come together as a community and understand that Covid touches so many of our lives. We need to look out for our neighbor.”

Dr. Archer began his speech by saying: “Those who do not remember history are doomed to repeat it.”

He detailed how other countries like New Zealand, Australia and Germany learned from past pandemics and made the necessary sacrifices to control the spread.He also warned that it will be months before we can change our behavior as a community and return to normal.

Dr. Archer also grimly pointed out that our city’s death toll is higher than the number of flags on the lawn, that many Kansas Citian’s have died at home from COVID-19 without ever being tested. He then complimented local hospitals for doing their best with infection control.

As the speeches ended and the sky darkened, landmark buildings all over KC were lit in amber light in memory of those lost.

As people left the memorial, I was told one last fact about the overwhelming sight of the 1,665 flags scattered across the lawn by Justice Horn. There weren’t enough. They had placed the flag order on Friday afternoon for a Monday delivery and by Tuesday afternoon another 80+ metro residents had died. 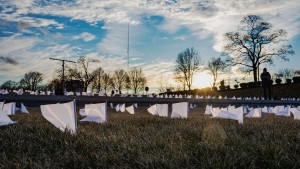 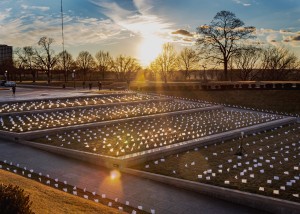 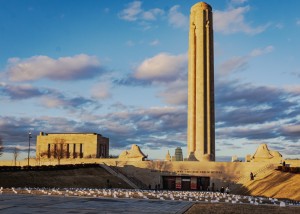 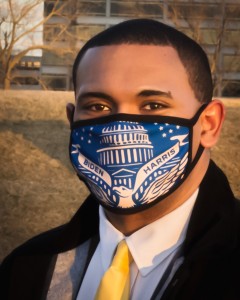 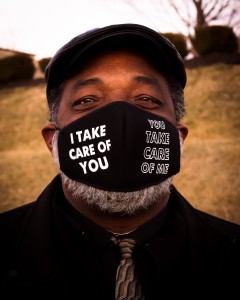 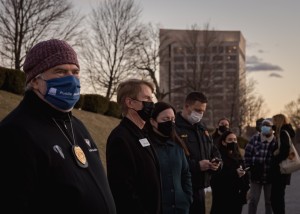 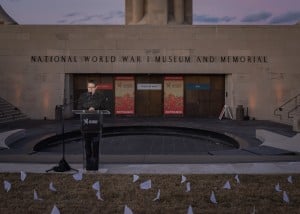 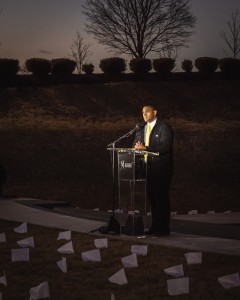 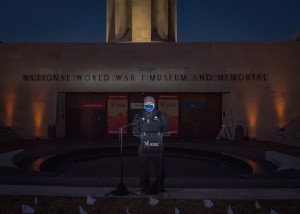 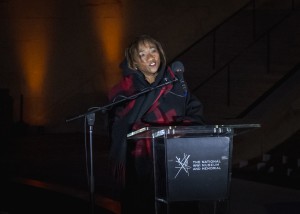 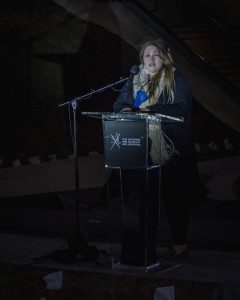 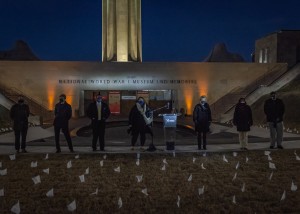 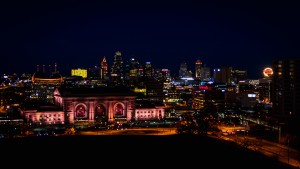