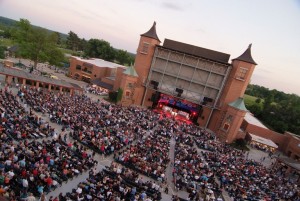 Starlight and Disney are partnering to offer Kansas City metro schools with free access to a pre-recorded streaming performance of Disney’s Newsies: The Broadway Musical. Grades six through 12 will be able to watch and remain engaged with performing arts amidst the impact of the pandemic on theaters and schools.

“Since the onset of the pandemic, we have been working to find creative and accessible ways to provide our content free to students and educators,” says Lisa Mitchell, Disney Theatrical Group’s Director of Education and Audience Engagement. 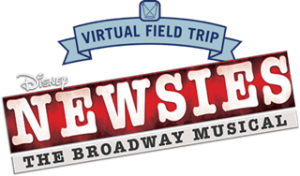 Newsies is about Jack Kelly, a charismatic newsboy and leader of a ragged band of teenaged ‘newsies’, who dreams of a better life. Kelly rallies newsies from across New York City to strike for what is right when publishing titans Joseph Pulitzer and William Randolph Hearst raise distribution prices at the newsboys’ expense.

Over 2.5 million audience members have seen Newsies in 65 cities across the country. It opened on Broadway in 2011 with 1,711 performances to boot between Broadway and the North American tour.

Broadway has had a dark year with being closed for most of 2020 due to the COVID-19 pandemic. It is unclear when theaters will resume operations, creating uncertainty for dancers, actors, singers, directors, musicians, and more across the country. According to the New York Times, we may not see any performances on Broadway until after Labor Day.

“The Newsies virtual field trip provides a truly unique art experience as many students continue to learn from home,” says Alex Jones, Starlight’s Vice President of Community Engagement. “At no cost to participating schools or students, we hope it will provide a meaningful connection to the arts and a bit of joy during a year in which Kansas City school communities have seen many challenges.”

Eligible schools must also have a student population in which 50% qualify for free and reduced lunch. Starlight is distributing registration information to eligible classrooms. Educators may email education@kcstarlight.com with questions.