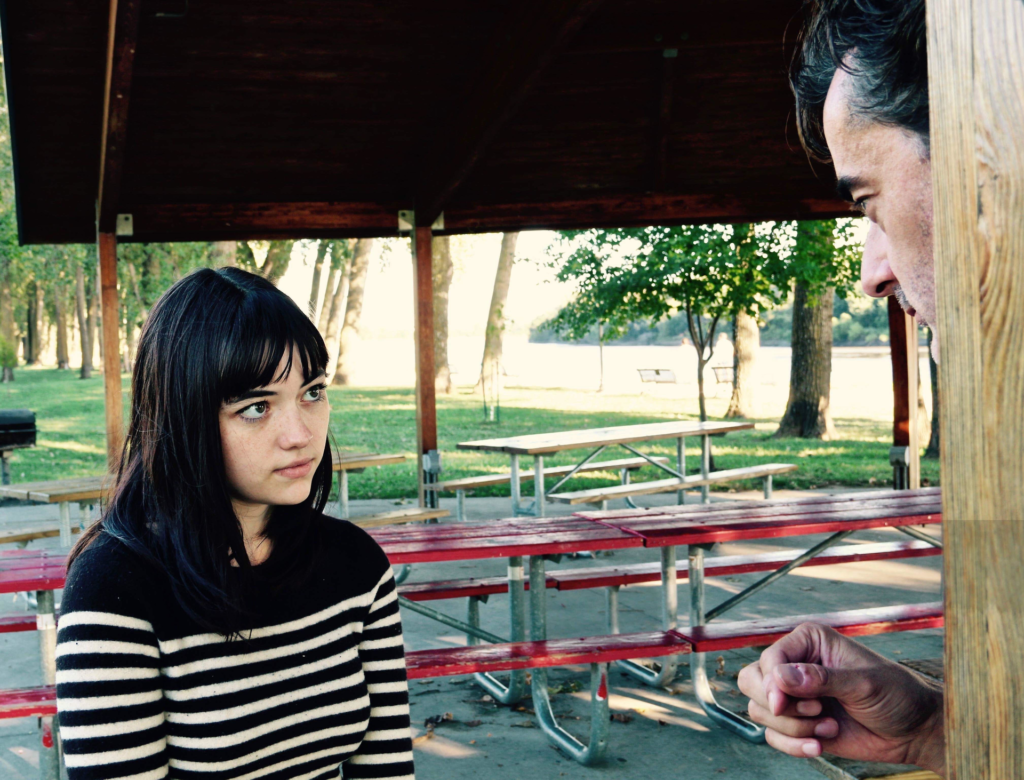 Over the past 22 years, KC FilmFest has managed to bring Sundance favorites like Me and Earl and the Dying Girl to town months before they hit local screens, but it has also helped bring people like Oscar-nominee Don Cheadle back to this cowtown. And it has provided a place for local filmmakers to get their efforts seen in auditoriums instead of living rooms.

This year’s fest — which kicks off this Wednesday at the Cinemark Palace on the Plaza — will present the latest collaboration between Oscar-nominated director Jason Reitman and Oscar-winner Charlize Theron. It also pays tribute to the late Texas-based indie filmmaker Andy Anderson, who mentored several filmmakers here in KC. There’s a new documentary about director Hal Ashby, who gave us Harold and Maude and Being There. And there’s a locally shot feature about a writer whose death only seems to make him more relevant.

Some other local offerings include Belong to Us (about a pooch rescued from a dog fighting ring) and The Dragtavists, a short documentary on drag queens Rayfield Lawrence and Caithe Alexander, who use their art to improve people’s lives. Tickets for most events are $10. For a complete schedule and more information, go to www.kcfilmfest.org.

The new offering from director Ramaa Mosley (The Brass Teapot) reveals a side of the Ozarks that didn’t surface during Winter’s Bone. In its own way, though, Mosley’s film is just as unsettling and engrossing. A soldier (Leven Rambin from The Hunger Games and True Detective) has returned to her rural Missouri hometown and discovered a boy named Cecil (Landon Edwards) in the woods.

Something is off about the lad, but she can’t tell if the boy is a benevolent outsider like E.T. or a juvenile demon à la The Bad Seed.

Mosley will be in town for the screening along with Rambin and co-writer Tim Macy, who hails from near West Plains, Missouri, where most of Tatterdemalion was shot.

Why Mosley and Macy pick the Ozarks as a setting?

Mosley: “I said, ‘We really need to make a movie where we can have family and friends who can help us.’ The Ozarks felt like a place where we could go where we’d have the support of the community. I also felt the environment and the milieu was so intriguing and mysterious. Tim and I are drawn to stories where we can create our own realities, our own myths.”

The area also provided a surprising number of first timers who could act alongside professionals like Rambin.

“The boy who played Cecil had never even been in a play,” Mosley says. “The [person] who played Fig [Kip Duane Collins] was baling hay on the day of the auditions. His sister saw the notice for the auditions on a bulletin board at the supermarket and picked up Kip from the field and dragged him into the audition.”

She continues: “One of my biggest concerns was whether they could handle the Ozarks. Only people who have lived and come to the Ozarks understand what it takes from you to be in the woods. It’s not an easy task. It wasn’t as if we were going to have motor homes and air conditioning. We were in the woods with a porta-potty if we were lucky.”

While much of Tatterdemalion (the word means “ragamuffin” but sounds more menacing) is tense, Mosley didn’t want to make a horror film and has been a longtime activist for children’s rights. She’s currently best known for the #BringBackOurGirls campaign, centered around the 2014 kidnapping of hundreds of girls from Borno State in Nigeria. A mother herself, Mosley thinks kids like Cecil can get a raw deal anywhere.

“Children are totally ostracized,” she says. “Through no fault of your own, if you are an abandoned child, you are the ‘least wanted’ as opposed to people coming to help you. You’re considered damaged.”

From talking with her and watching her films, it’s not surprising that she also directed the video for Five for Fighting’s 2001 hit “Superman (It’s Not Easy)”. People and objects like pianos magically appear, but somehow singer John Ondrasik never loses a beat.

She says, “I have a real love for science fiction and supernatural work. I like to think that magic would be possible. That’s one of the most fun parts of being a director — that I get to create magic every day.” 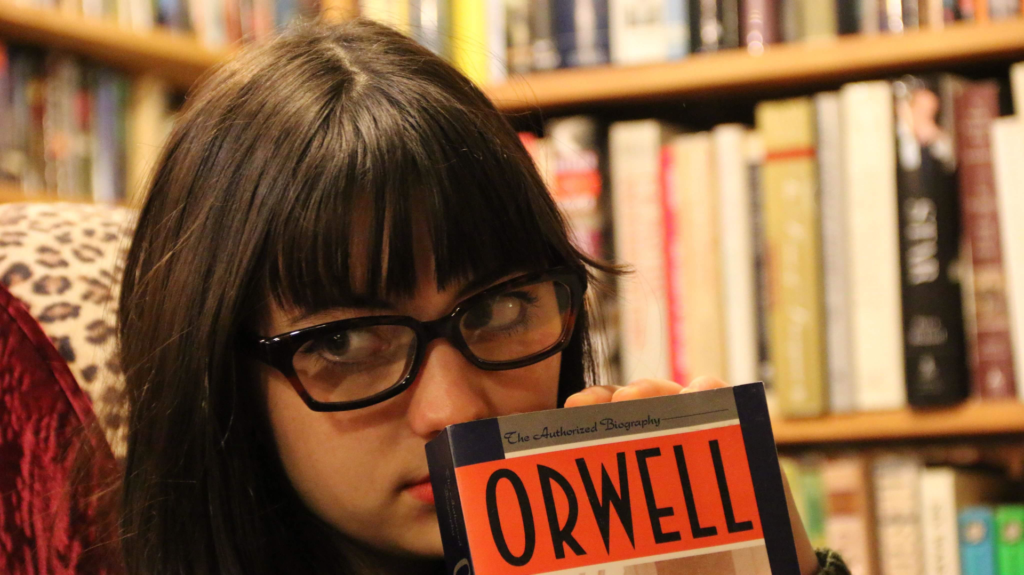 Eric Blair and I

The French New Wave director Jean-Luc Godard has often remarked, “What is cinema? A girl and a gun.”

With Eric Blair and I, KC native Tom Beaver has exchanged the firearm for a book. That said, the novels and essays George Orwell wrote can be just as powerful an AR-15 with a bump stock. Animal Farm comes off like a children’s story, but it’s a chilling allegory about totalitarianism. And in these days of data-snooping entities like Cambridge Analytica, the work of Orwell (whose real name comprises the film’s title) seems more prescient by the minute.

Beaver tells The Pitch: “Somebody out here in Austin said to me, ‘How relevant do you think Orwell is?’ And I said, ‘You pay attention to what’s going on in the world, don’t you? Do I really need to answer that question?’

“You’ve got surveillance. You’ve got telescreens. You’ve got the whole nine yards. There’s pretty much nothing he didn’t call in one variation or another. He also has one of the more fascinating lives of anybody. In 46 years, he accomplished more than most people would in three or four lifetimes.”

In the film, a collection of vignettes shot around Kansas City, an isolated young woman named Brooke (fellow KC-born Iris Wheatley) finds consolation in Orwell’s essays and novels and even develops a bit of a crush on him.

“With the people who have seen the film, there’s been a mixed reaction to the film,” he says. “A lot of people get unsettled by the fact that there’s no clear, linear narrative. I expected that. People like movies to be wrapped up neatly in some kind of plot.”

Nonetheless, Beaver says he expected to get his film in the festival primarily for one reason.

After starting out as an editor, Hal Ashby directed some of the most engaging movies of the 1970s, from The Last Detail to Shampoo to Coming Home. He also married five times and had a substance abuse habit that rendered him nearly unemployable later in his career, which ended abruptly when he died of cancer at age 59. Director Amy Scott talks with fans of his work like Judd Apatow and his surviving collaborators like Jane Fonda and director Noman Jewison (Ashby edited In the Heat of the Night).

The late writer-director Andy Anderson may have made his home in Texas, but he frequently came to KC FilmFest to present his movies and to share his insights with movie makers and fans.

This 1998 black comedy follows a teacher (John S. Davies) who finds a unique solution to deal with his students’ destructive behavior. Anderson was the Chairman of the Department of Art and Art History at the University of Texas at Arlington. As Learning Curve demonstrates, his lessons came from making solid films.

Oscar-winning writer Diablo Cody (Juno), director Jason Reitman, and Charlize Theron (who previously teamed for the disturbingly funny Young Adult) are back with this story of an overburdened mother (Theron) who receives help from a mysterious nanny (Mackenzie Davis).