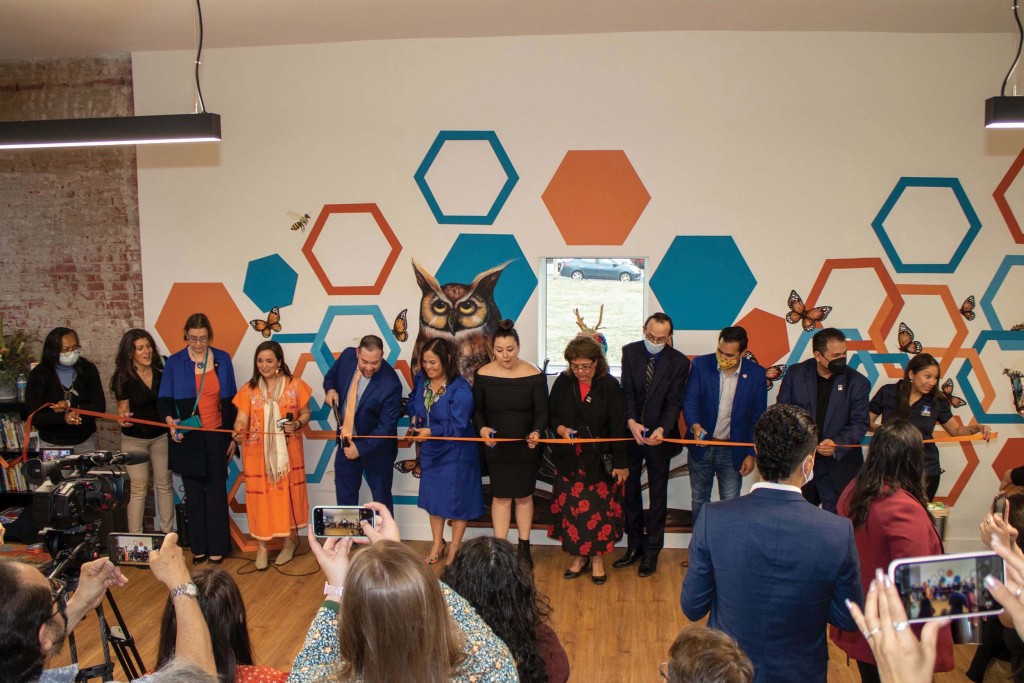 Civic leaders, board members and staff members cut the ribbon during the grand opening event for the Latinx Education Collaborative’s new office space in Kansas City. // Photo by Beth Lipoff

Being a teacher isn’t easy. When you’re the only Latinx person working in a school, chances are you’re dealing with more strenuous responsibilities than just serving as an educator.

“We’re overworked and overloaded,” says Marta Silva, who teaches Spanish at a Kansas high school. “It’s not only teaching your subject, but being a counselor that helps families and students navigate the system—a system that is not built to support them. That’s exhausting; but for those who have a community of teachers who look like you, that burden can be shared.”

That’s why Edgar Palacios started the nonprofit Latinx Education Collaborative. After working with local educators as a consultant with the Kauffman Foundation in 2016, he saw the effect our city’s cultural divide was having on Latinx educators—in some cases, driving them out of the profession entirely.

In the metro area, only about 1% of educators identify as Latinx, but the number of Latinx students is significantly higher, and growing.

In addition to the everyday pressures of teaching, many educators are expected to speak for and represent their entire community as the only Latinx teacher in their school.

“You become the de facto chief ‘Latino officer’ of the school,” says Palacios. “You’re handling all communication with families in Spanish. You’re doing additional work that may not be your own work, and you’re not getting compensated for it, in addition to navigating the difference of culture.”

He gets emails all the time from educators who find themselves buckling under the weight of those extra duties, on top of the already-strenuous work of teaching. Recently, a peer reached out to him saying that they don’t want to quit teaching without a fight, but they’re already thinking of leaving at the end of the school year.

Silva agrees that it’s a widespread experience—not just in Kansas City, but all over the country.

“I think I can speak for a lot of my colleagues who are also teachers of Hispanic backgrounds, where we had to listen to just very emotional, very traumatizing experiences from our students,” Silva says.

Even after connecting students with school counselors and psychologists, the strain of having been the translator for traumatic situations doesn’t go away. 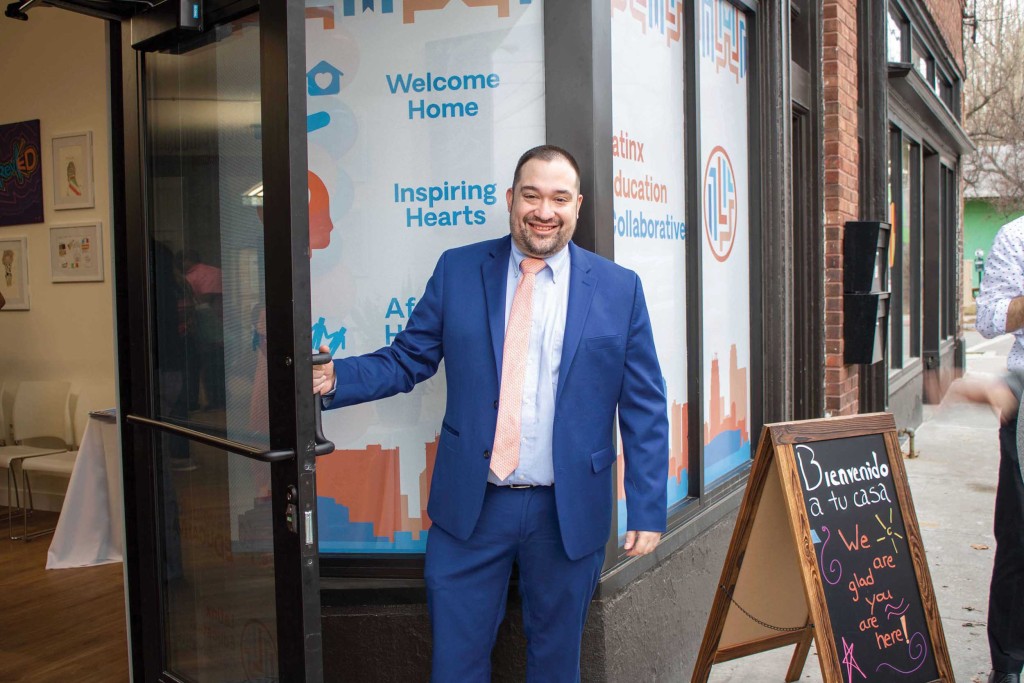 Edgar Palacios, founder and CEO of the Latinx Education Collaborative, waits for people to arrive for the opening of the collaborative’s new office space. // Beth Lipoff

According to Palacios, Latinx educators are entering teaching at high rates but also leaving at high rates because they feel isolated or like they don’t belong. Palacios and the Collaborative hope to curb that exodus.

Acknowledging the cultural divide helps teachers realize they aren’t strange or out of touch just because their methods are a little different than those around them. It’s all about having that safe, professional space.

“I’m from a culture where we’re very direct in our way of speaking. In the Midwest, that can be seen as aggressive or rude,” Silva says. “When I take leadership classes within the district, and it’s all white people and me, I have to adjust my way of speaking, my way of conveying my message. But when I took this leadership class with [Palacios], my straightforwardness was seen as an asset and not a deficit.” Silva thinks Latinx students likely encounter the same issues with communication in school.

Palacios is not just supporting current teachers, but also looking to the future. “I don’t think we actually have the pipelines necessary for building Latino educators,” Palacios says.

One way the collaborative is trying to help is by talking with students in middle school and up to get them interested in teaching.

“Representation matters. Those kids look for adults that can be role models, the same as I looked for educators for role models for me that I can share culture [with, where] I don’t have to over-explain myself and my cultural views and experiences. Students do the same,” Silva says.

To find out more about the Latinx Education Collaborative, take part in their programming, or get in touch with their team, visit latinxedco.org to get more information. While much of the collaborative’s programming has been virtual because of the pandemic, they just opened a new office and meeting space at 2203 Lexington Avenue in Kansas City, MO.