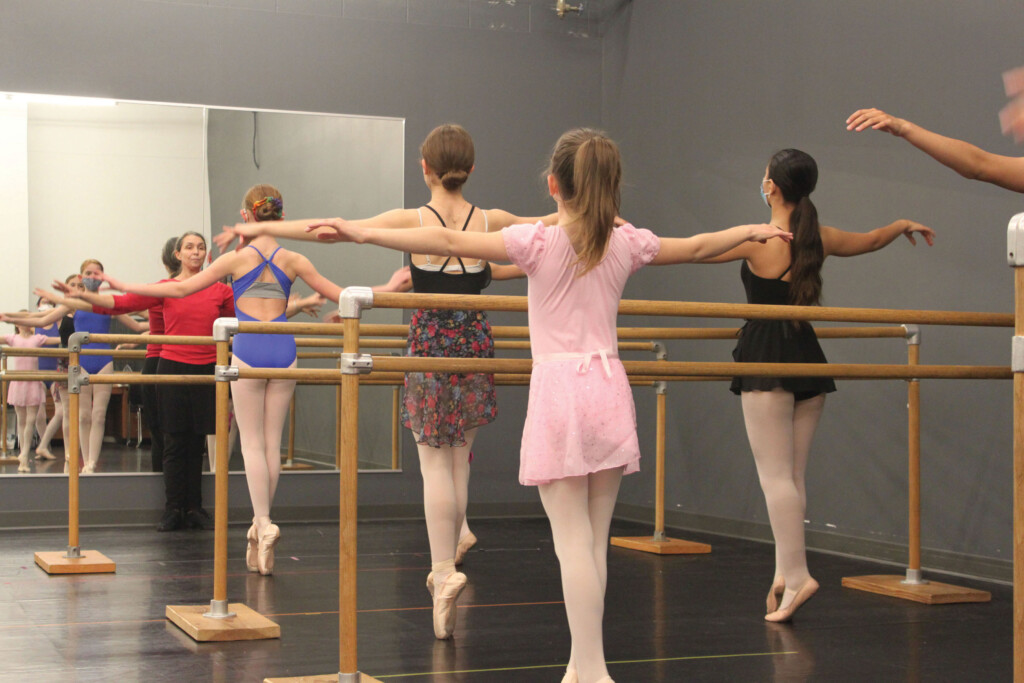 Whether it’s a 25-person workshop with a spoken-word poet or a West African dance troupe performance for 250 people, Kansas City Young Audiences is determined to bring arts to the children of the Kansas City area.

“It was just really born out of someone who felt like students ought to have access to some of these great artistic experiences that others have around the city,” says Kansas City Young Audiences Executive Director Martin English.

Roughly 60% of their programming takes place in locations around the metro, and a good chunk of that is in schools and libraries. The rest happens in their building at 3732 Main St.

It’s not just a matter of being a passive audience member—KCYA wants to get the kids involved and be creative.

Every day, its Midtown building is alive with dance classes, garage band rehearsals, and more. A group of kids is preparing to perform Grunge Macbeth in partnership with the Heart of America Shakespeare Festival.

Paula Console-Soican sees her children Leo, age 9, and Sylvia, age 10, interact with programs like these and loves the result.

“It’s hard to know what [arts] they may be good at if they don’t try them. I never thought Leo would like drawing so much or painting, but he does. It’s really through some of the classes that he did at KCYA that we can now encourage Leo to play not only soccer but also to draw or create art on a piece of paper,” she says.

The warm environment attracted her to KCYA. 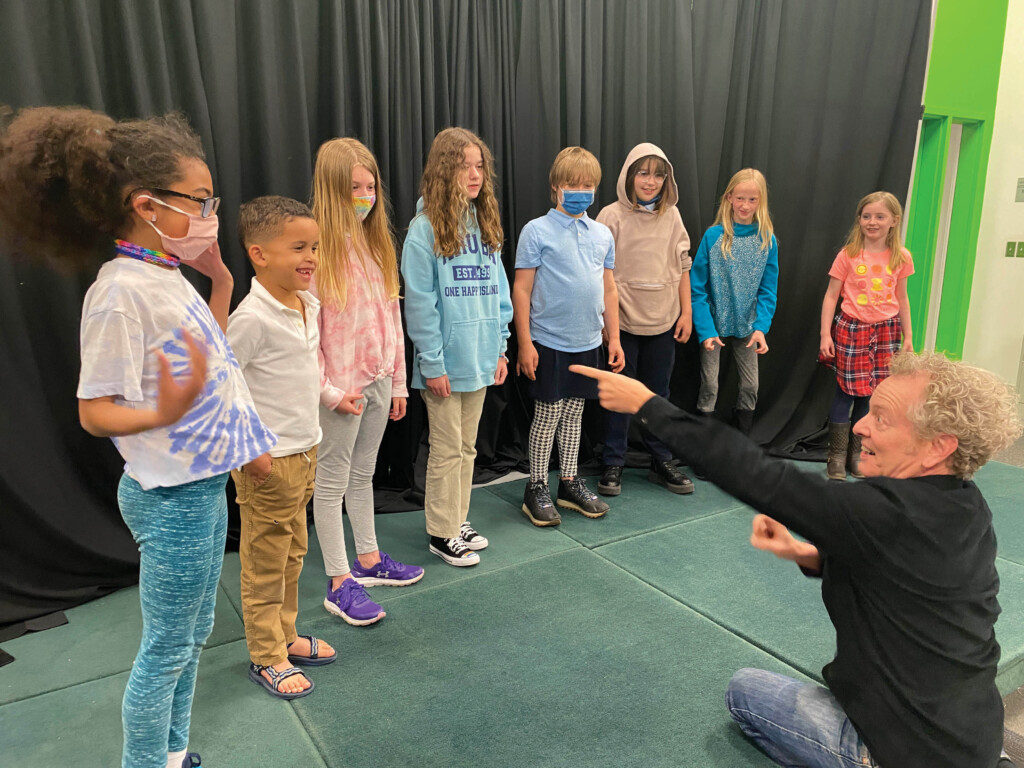 “I wanted something casual but professional at the same time. I like the comfortable atmosphere and friendly faces,” Console-Soican says.

When KCYA goes to a school, the workshops and performances are carefully coordinated to fit into and enhance the curriculum. One such program they do is called “Weather on the Move,” and helps fourth-graders learn about weather patterns via dance and other movements.

“We hear all the time that students can learn basic concepts better when they’re engaged, and they’re having fun, and they’re doing something artistic,” English says. “It makes that science material or those math concepts stickier—easier for kids to remember. What’s the difference between a cyclone and a hurricane or a cumulus cloud and a cirrus cloud? If that student has danced it or moved it and become those things, they learn it better. It sticks with them more.”

“We totally believe in the arts for art’s sake, but we also believe in arts integration where the arts are being integrated into the regular school curriculum,” he says.

Supporters such as the Missouri Arts Council, the Hall Family Foundation, and the H&R Block Foundation donate funds that allow KCYA to offer its programs to Title I schools with steep discounts. Donations also let KCYA offer scholarships for individual students taking classes who might be unable to afford tuition.

Their programming goes all over the metro and beyond—from Shawnee Mission to Liberty, and as far as Columbia or Lawrence. 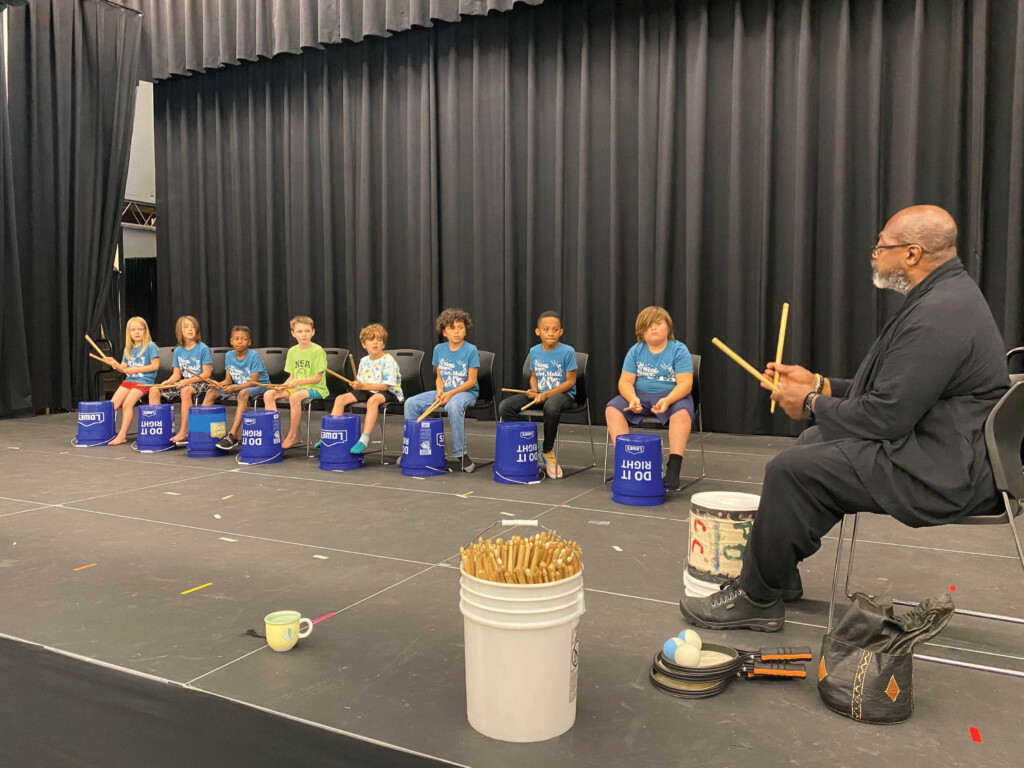 Before the pandemic, English says they were reaching more than 100,000 students each year. They’ve managed to get back to about 61,000 as of 2021, and they’re working towards their previous levels of engagement.

English loves to hear when they’ve connected with a previously unengaged student.

“Once a month, we hear from a teacher after a workshop [who says], ‘That kid that’s up there on stage—that kid hasn’t said one word this whole semester.’ That’s the big hook for us,” English says. “A parent will say, ‘My daughter has been an introvert, has never been a person who is out front or wanted to be in the spotlight, and she wanted to audition for your musical theater summer show… and it’s made her blossom.’”

They also partner with other arts organizations in town, such as the Kansas City Symphony, to provide programs on a district-wide level. Through the Kennedy Center’s Partners in Education program, KCYA also offers professional development opportunities to teachers who want to weave arts into their teaching methods.

Looking to the future, KCYA is increasing its presence in after-school programs, working with programs such as the Local Investment Commission.

You don’t have to be an arts professional to help KCYA be successful, though. English says they always need volunteers for their summer camps, performances, clerical work, and helping to keep the organization strong.