Megan Hurt, Sally Vee and Jamie Lee of Sally and the Hurts perform at one of the Heartland Song Network’s Bloody Mary Mornings. // Courtesy photo

Kansas City may not be our nation’s live music capital, but it’s got its fair share of talented local artists. With any creative industry, it’s not always the case that hard work pays off. To change that, Danny Powell and Diana Ennis put their heads together and came up with the Heartland Song Network.

The idea sprouted at the Folk Alliance convention in New Orleans in January 2020. Powell was at a panel discussion about what music industry bigwigs want from artists.

“They started talking about what the music industry is looking for, and the place kind of erupted with these do-it-yourself singer-songwriters. They said, ‘We do these things, and we still don’t get any attention,’” Powell says.

That prompted a Facebook post where he asked his artist friends, “What do you need that you don’t have?” The enormous response led Powell to create the Heartland Song Network.

“We are trying to help build the industry here in the Heartland. We’re kind of a flyover city musically. There’s not a lot of record labels; there’s not a lot of management,” Powell says. “We’re trying to educate these artists so when they create this music, we tell them, ‘You’ve got to publish this with BMI or ASCAP or whoever. If you’ve not done that, we will help you and show you how.’”

As it turned out, the timing was appropriate because they were poised to lend support when the pandemic shutdowns started. Their first order of business was to hold an online benefit concert, but then they got their first original programming underway, what they call “The COVID Collaborations.” 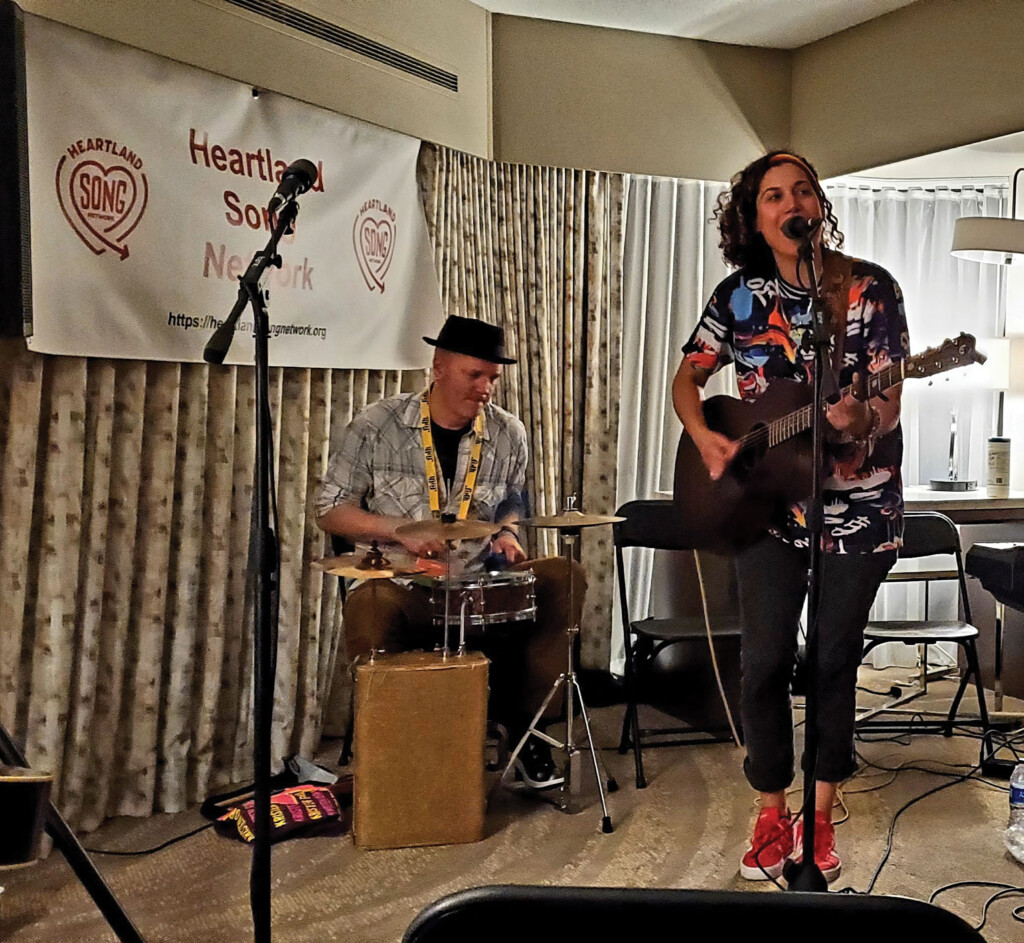 They were able to connect musicians across multiple genres to write and record new music together. That’s just the tip of the creative iceberg for them.

The Network arranged for Grammy-nominated songwriter Odie Blackmon to listen to and critique local artists’ songs via Zoom, hold webinars about the business, and even stage a regular youth song swap, which gives performers ages 10-17 a way to share their own music or just play covers in front of an audience.

“A lot of these young people never played in front of anybody, and it’s very scary for them to do that, but once they’ve done it once, it kind of opens up a whole new world for them,” Powell says. “It gives them an idea that if they’re going to pursue this type of occupation, this is what it’s going to be like.”

If you want to hear from artists in the Network, you can also catch them at their Bloody Mary mornings on Saturdays at Mike Kelly’s Westsider located at 1515 Westport Rd.

Reaching out into the community, their other major project is called Elder Song. Powell and others are interviewing older members of the community about their life stories, then writing a song based on each person’s life.

The Network pays artists to create the tunes for Elder Song, although the artists do retain the rights to the work.

On the educational side, their webinar topics range from music licensing to writing a bio for your website.

“What we’re trying to do is educate not only the people that are creating the music but the patrons and the listeners on the importance of what music is and what these artists can provide overall,” Powell says.

They also sponsor artists to take classes elsewhere or purchase musical instruments they might not be able to afford. Local musician Kristin Hamilton was able to take an online class in the business of being an independent musician with the Network’s help.

“It’s cool to sit in a Zoom room with other people doing what you do and connecting with like-minded people,” she says.

Hamilton and her 15-year-old daughter, Lucy Gray Hamilton, joined the Network almost as soon as it started.

“Being a part of the Heartland Song Network has helped both of us branch out by giving us opportunities to collaborate with new artists—artists we’ve never met before—and introduce our music to new audiences through performance opportunities they’ve provided, and improve our craft through free workshops online,” Hamilton says.

Hamilton, previously a member of the group Under the Big Oak Tree, has been performing as a folk-country Americana solo artist.

“[The Network] has really strengthened, in my mind, the entire music community here in Kansas City. I think we have something special. The community is supportive, uplifting, and eager to get together and collaborate. I wouldn’t want to be anywhere else,” she says.

Powell says they’re looking for more volunteers to do interviews for the Elder Song project. For information, visit http://heartlandsongnetwork.org/support