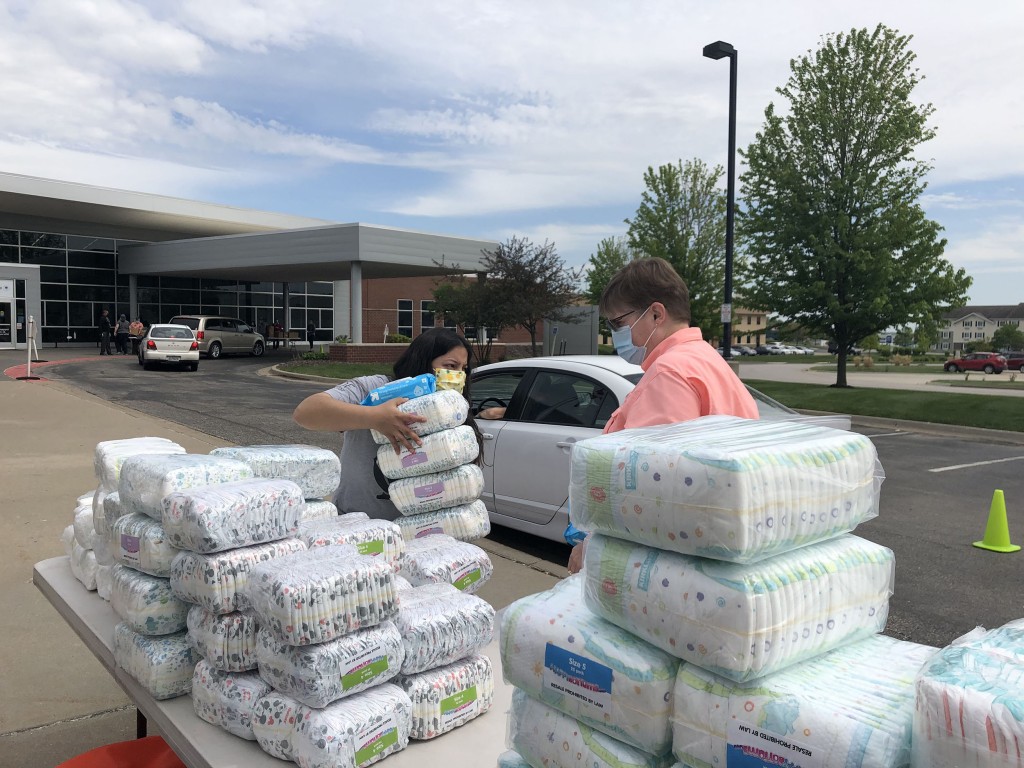 Babies go through an average of 2,500–3,000 diapers in their first year of life. That amounts to about $500-$900 annually, not including the cost of wipes and other diapering supplies. For many, that is a necessary cost that they cannot afford.

One in three families across the country experiences diaper need—a lack of clean diapers to keep children clean and healthy. In Missouri, that amounts to 217,232 children under 3 years old without access to clean diapers. The problem has only been exacerbated since the onset of COVID-19. Demand for diapers increased by over 70% in 2021.

One local organization, HappyBottoms, is seeking to eliminate diaper need in the region. Since diapers are not covered by any government assistance programs, HappyBottoms exists to fill gaps in social service agencies in the metro area.

HappyBottoms started in 2009, when Jill Gaikowski, founder and executive director, learned about a diaper bank in California. She had a 2-year-old at the time, so the issue was especially close to her.

“I had never heard of diaper banks. But that’s not surprising, because at the time there were maybe a handful of diaper banks in the entire country, if even that many,” Gaikowski says. “I learned a little bit more about the diaper bank and about the need and I thought that’s something that’s probably a big need here. I launched a ‘7000 diapers in seven days’ drive. After seven days, I brought in almost 20,000 diapers.”

HappyBottoms works with over 50 social service agencies and four area hospitals to distribute diapers. Through monetary and diaper donations, the nonprofit ensures that partner agencies give either 50 disposable diapers or 30 training pants per month to families in need. 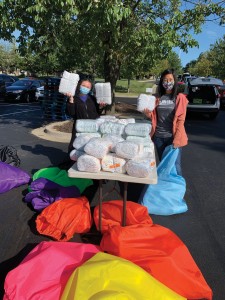 “Diapers are often the number one requested item at social service agencies,” says Gaikowski. “Places like Catholic Charities, Operation Breakthrough—they have their own missions and are doing incredible work. So we are happy to partner with them in order to bring them diapers. We’re helping to get [diapers] into these other social service agencies.”

To qualify for diapers, families must live in Jackson, Clay, Platte, or Cass Counties, have children younger than 4 years old, and demonstrate financial need.

In 2020, HappyBottoms distributed 2,359,829 diapers to 12,014 children—the most the organization has ever served. The nonprofit has done 36,253 total distributions this year, as per the latest figures available in September.

There are over 300 diaper banks across the country now, including in St. Louis, Springfield, and mid-Missouri. The banks formed a state coalition to make more effective change.

Currently, the groups are working to remove taxes from diapers and get diapers covered by government assistance programs. They are also hoping to grow their respective organizations to ensure that the entire state has access to diapers, not just the counties each bank services.

Though there is still a tax on diapers, Missouri lowered that tax to not exceed 1%. HappyBottoms encourages everyone to continue to advocate for these changes by contacting their representatives to get diapers covered by governmental assistance programs and eliminate the tax.

“Advocacy is always a part of our work because we want to end diaper need,” Gaikowski says. “Ultimately, I’d love to put myself out of business—that would be great.”

You can support HappyBottoms by volunteering or donating both money and diapers. The nonprofit is able to purchase diapers at a discounted rate using monetary donations—so a $20 donation can supply $40 worth of diapers.

If you or someone you know is in need of diapers, you can register through the organization’s website.