KC Cares: Boys Grow is farming for the future

The individuals at Boys Grow. // Photo by Jeff Evrard Photography

John Gordon Jr. was working in the Juvenile Court Systems in Northern California when inspiration hit him. He watched as a teenager, who was placed in the foster care system he was managing, began to make positive changes in his life on the farm where his new foster parents lived. He noticed increased confidence and accountability as the teen learned the responsibilities of caring for his own animals and vegetables. Inspired by the growth this young man showed during some of his most impressionable years, Gordon relocated back to Kansas City in 2010 and founded BoysGrow.

Every summer, 40-60 youth ages 14-16 commit to a two year position working on the BoysGrow farm. While there, the boys learn to work together and develop core vocational skills that are applicable in today’s job market including culinary arts, construction, farming, marketing, and public speaking. Through farming and agriculture, the boys gain pride, identity, discipline, and an understanding of the business world. BoysGrow prides itself on being a family by working and growing together.

Over the past several years, Gordon has noticed a shift in the influence that social media and the internet have had on younger generations. Many teenagers have entered the program incredibly introverted, to the point that it has negatively impacted their life. Gordon has evolved his programming to give these boys the opportunity to find their voice. During the first day in the program, the boys go around the circle and say a few simple things about themselves, creating an opportunity to speak in front of a few dozen people. One boy, Luis, stood out from the rest. The young man was given many opportunities to speak but was too timid and shy to say anything at all. 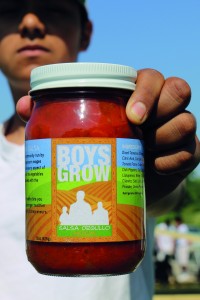 During Luis’ two years on the farm, his confidence and ability to communicate with others grew and he approached John about being the keynote speaker at one of their Farm Fest Events. John and his team went over Luis’ talking points which were focused on his personal growth to stand up and deliver a speech.

When Luis took the microphone in front of over 300 people, he paused for a solid 15 seconds of silence as he stared out into the crowd. The BoysGrow staff sat nervously waiting for him to speak those first few words. After composing himself, Luis found his voice and delivered a personal speech on how he landed on that stage. Luis’ parents would reflect on his growth in the program and claim these experiences helped develop him into the man he is becoming today. Luis was able to find a job, ask a girl to prom, and become a confident young man who could communicate with others and better navigate his teenage years.

A donation to BoysGrow goes toward paying the youth for their efforts on the farm. Every youth earns a paycheck with their name on it. The cost to employ a youth for the summer program is $1,500. This includes their wages and processing fees.

BoysGrow also hosts several events throughout the year, giving individuals and couples the opportunity to experience the farm and enjoy delicious food while supporting the organization. On June 6, BoysGrow will be hosting a Date Night on the Farm featuring Chef Carlos Mortera of Poi-O and Fairway Creamery. Tickets are available on their website at boysgrow.com.

BoysGrow has seen more than 100 young men walk onto a farm and leave two years later with highly marketable skills and a strong work ethic. BoysGrow values the importance of hard work and earning your own money. Most of the boys now dream of becoming local chefs, local farmers, and local business owners. But most importantly, this program has helped them develop the vocational and soft skills they need to achieve these dreams. 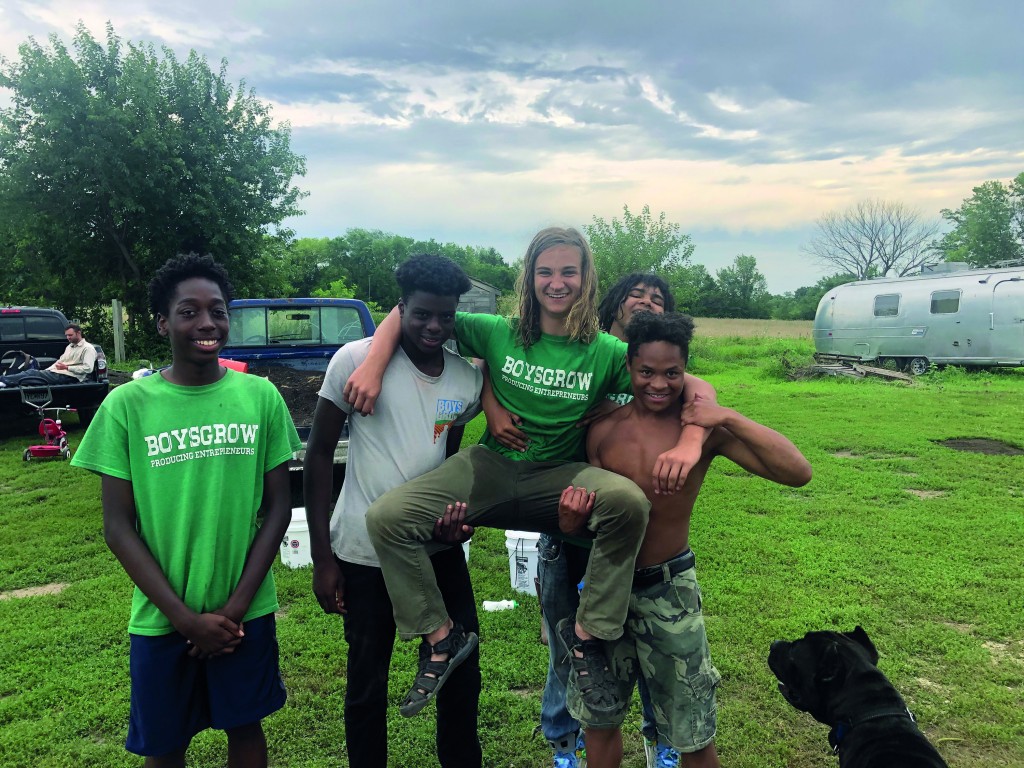