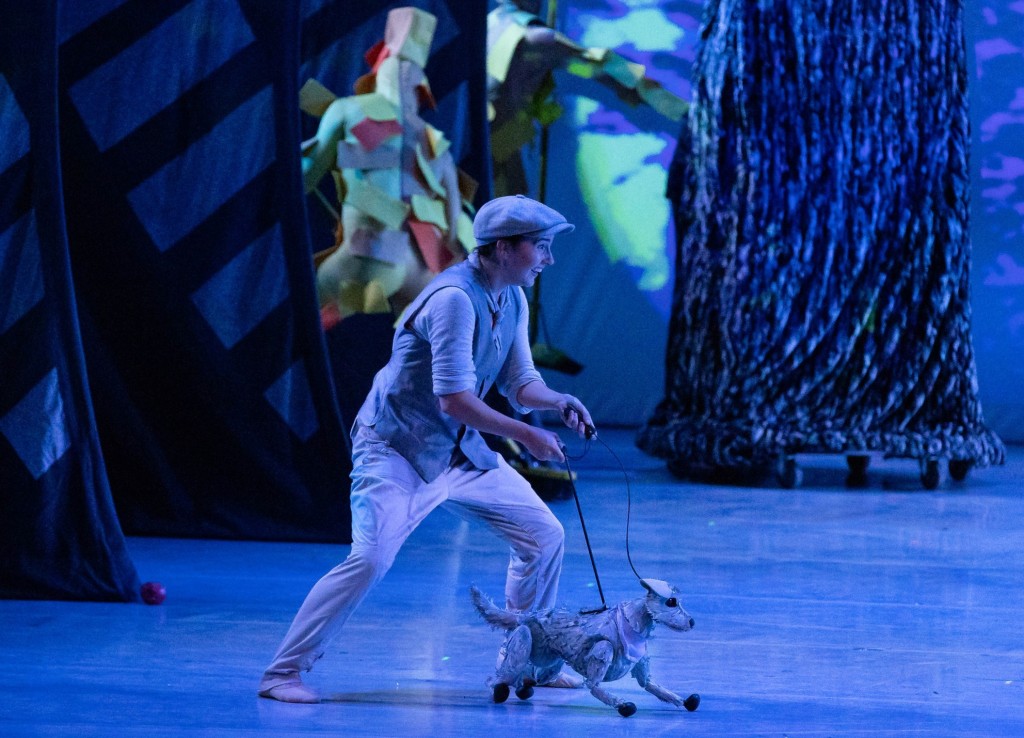 Up until a few weeks ago, Kansas City Ballet’s second company performer Malerie Moore didn’t anticipate adding ballet dancing puppeteer to her resume. That is, until she scored a last-minute opportunity to portray Toto—or, rather, the human behind Toto—in the troupe’s well-received stage version of The Wizard of Oz. “Honestly, no—I didn’t really know that puppeteers were a thing that’s needed in ballet,” she says with a laugh.

With grandiose sets and eye-popping production values, the show was met with rave reviews when it debuted in 2018. Now Dorothy et al. are making a triumphant post-Covid return with Moore tapped to bring the frisky, ever-present Toto to life.

“It’s a pretty intricate puppet,” she says. “He’s really interesting with two different handles I use—one is the body, and one is the head. Lots of moving parts.”

While this is Moore’s fifth show with the company, this role finds her with more stage time than practically any other show she’s been on. In fact, she and her mechanical canine friend are on stage for nearly the entire performance—and, by the end, she’s worn out.

“I’m not going to lie, I get very tired,” she says. “I’m running laps all over the place holding a puppet, and my knees have to stay bent the whole time. I’m basically in a squat running across the stage. It doesn’t look like it would be that tiring, but sometimes I’m pretty out of breath.”

When asked if she has lines, Moore grins. “I bark once, because I’m coming up to the group from behind,” she says. “Practicing in the studio, everyone always cracks up.” 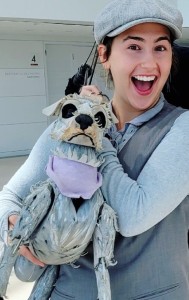 Malerie Moore and Toto behind the scenes. // Photo by Brett Pruitt

Synchronizing her human movements alongside the inanimate pooch has been the dancer’s biggest challenge. “The puppet is a bit heavier than I thought it was going to be,” she adds. “And the coordination is trickier than I thought. There are times when my physical body has to run across the stage, but a small dog can’t take as big of steps.”

With Toto propped on Moore’s lap during the interview, it only made sense to ask the dog a few questions (yes, really). Turns out, Toto had a lot to say. “When the group leaves the stage, that’s really because they take me outside to do my business,” Toto mentions. “There’s a moment where I get hungry, and Dorothy picks an apple for me. I wouldn’t make it through the second act without a snack.”

Moore mentions how supportive the cast has been since she stepped into the role, plying her with plenty of positive feedback. “They’ve never had a female Toto,” she says. “I’m excited to be the first one to do that and be with all my peers for opening night.”

Meanwhile, the fact that The Wizard of Oz is being performed in Moore’s hometown isn’t lost on her. She’s just excited to be part of this talented ensemble. “It’s a super big deal, being in KC. It’s home. It feels like this is where we should be,” she says. “And I’ve never had more belly laughs than learning the [puppeteering] process. I’m having a ball on stage, and I hope the audience is having as much fun as we are.”