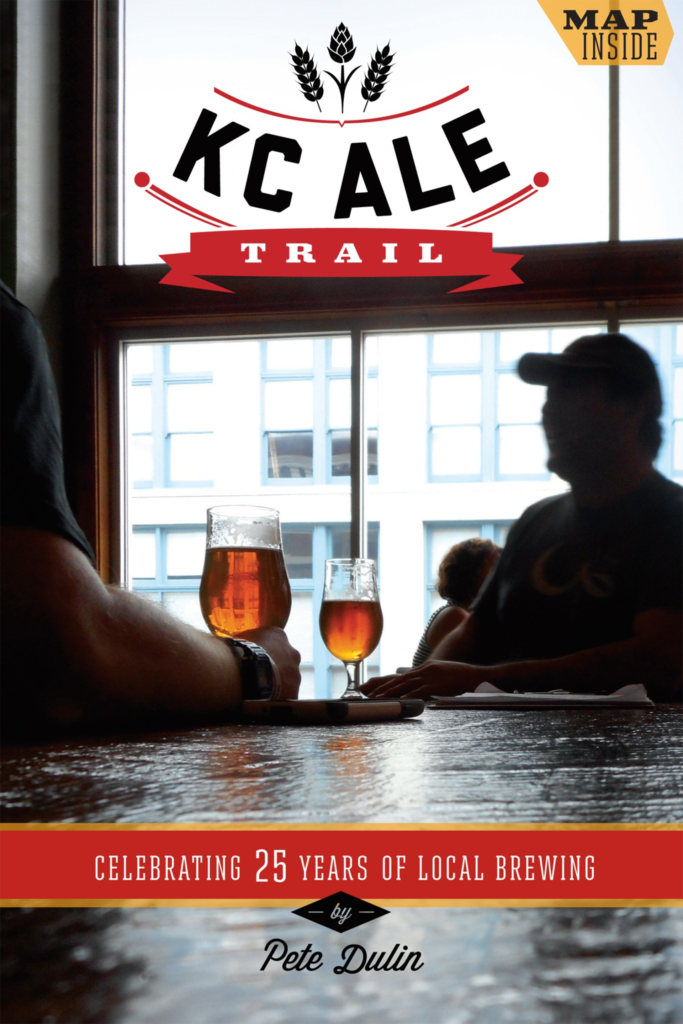 Writer Pete Dulin spent a year embedded in the local craft-beer scene. His book, KC Ale Trail, looks at the last 25 years of brewing in Kansas and Missouri, coinciding with the 25th anniversaries of Boulevard Brewing Co. and Free State Brewing Co.

“I covered 23 breweries in this book, from the heavyweights like Boulevard and Free State and Tallgrass to nano-breweries like Green Room,” Dulin says. “Some of them are brewpubs like 75th Street. There’s all of these different models. Some are production breweries. Some want to put an emphasis on taprooms. Gathering these breweries in one place, where you can look at them side-by-side, tells an interesting story just surveying the landscape of what’s there and how it evolves. Some of these newer guys, they’re willing to take a chance. Despite the odds — people say you need $1 million to open a brewery; you don’t. The whole book is framed as a snapshot in time. It’s not a definitive account. Things are changing so fast that it just couldn’t be.”

The book launches this week with several release parties and book signings (see On Tap listings after the jump). The Pitch spoke with Dulin in November as the book went to press.

The Pitch: How’d you get interested in writing about the craft-beer scene?

Dulin: I have a lot of relatives that live up in the Seattle area — and taking trips up there in the early ’90s really opened my eyes to all of these other styles of beer and different ways to make it. It was the first wave of craft brewing — or microbrewing, as it was called then — and there was the first wave of breweries and brewpubs and restaurants that were carrying it. That really whet my appetite for craft beer. Being in Kansas City for most of my life, Boulevard has been the mainstay. I think in the last five years in particular, just really branching out for what else is out there.

When did you decide to pursue the book?

About a year ago. At the tail end of 2013, I kind of realized that Boulevard and Free State were having their 25th anniversaries coming up in 2014, and then there were all of these breweries that were starting to pop up (see also, Six new players prepare to enter KC’s craft-beer community). Those 25th anniversaries were the inspiration to commemorate both breweries, but I didn’t want to make it about just those breweries. I know the guys at Martin City [Brewing Co.] pretty well, and just seeing their growth from a pub to a brewery was interesting, and I just started taking notes. In the beginning of 2014, I started formulating a plan to put together this book idea and mapping out what breweries there are to cover. I wanted to cover Greater Kansas City, and then Free State in Lawrence. As I looked at it, there’s Blind Tiger in Topeka, so I’ll go that far out. Then there’s Tallgrass in Manhattan, and it announced its expansion in the spring. So I had to limit because there’s only so much time and space, so I went as far as Manhattan westward. I wanted to cover Mother’s in Springfield, and there’s Springfield Brewing as well down there.

Did any of the next wave of breweries make it in?

Four out of the five that I was aware of made it into the book: Torn Label, Red Crow, Crane and Border. Not Double Shift. It was a matter of timing. I was pretty much on the tail end of the book when Double Shift made its announcement. And my plan is to do a second edition of this book, probably two years down the road. I’ll spend 2015 promoting this book through beer festivals and different author events. And by 2016, these five startup breweries should have their legs under them and more of a story to tell. And then I can update the other profiles and maybe expand to include Columbia, or other breweries in Kansas.