Katheryn Shields and the art of the political comeback 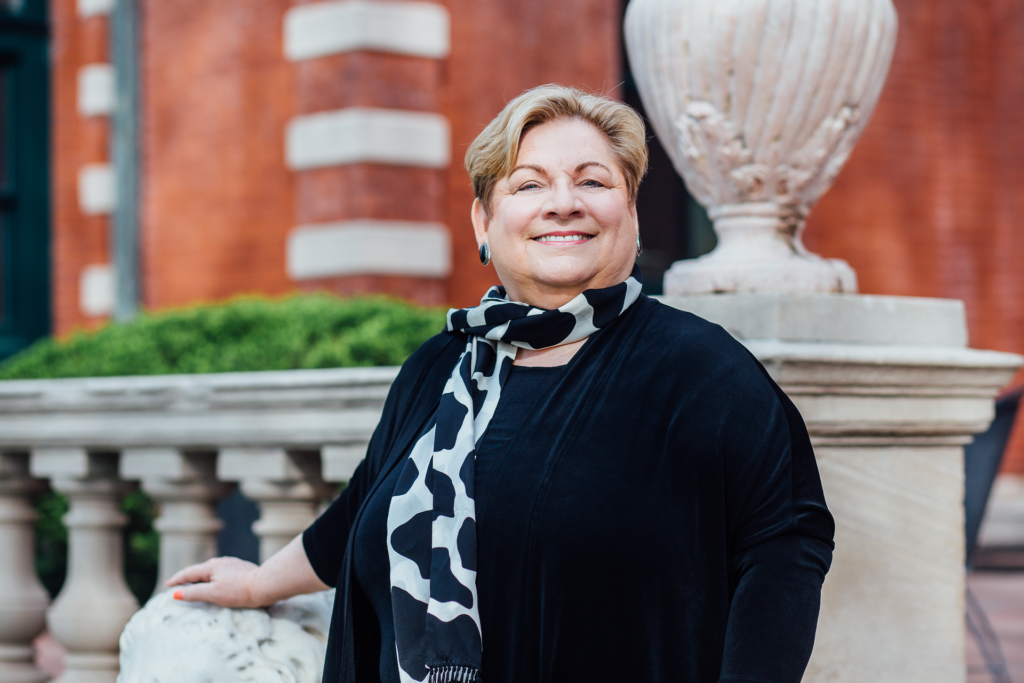 Katheryn Shields is used to close elections. In 1994, as a Kansas City, Missouri, city councilwoman, she ran for Jackson County executive. She won the Democratic primary by just 173 votes before cruising in the general election.

By the end of her third term as county executive, Shields was the target of a federal investigation. Prosecutors were not able to build a corruption case. But a few days after leaving office, Shields and her husband, Phil Cardarella, were indicted in an alleged scheme to inflate the sale price of their home near Loose Park. While other defendants in the mortgage-fraud case were found guilty, a jury acquitted Shields and Cardarella.

Shields ran for mayor while she was under indictment. Wary of the investigations and controversies that had marked her time as county executive (The Pitch once called her “Katheryn the Grate”), voters gravitated to other choices. She finished 10th in a crowded primary.

In 2015, after spending a sufficient amount of time out of the public eye, Shields completed a remarkable political comeback: She reclaimed her former seat on the City Council, defeating Jim Glover, who had returned to the council in 2011 after serving three previous terms.

Shields’ margin of victory in the general election was 173 votes, the same thin margin that had put her on a path to becoming county executive. “I’m not a stranger to squeakers,” she tells The Pitch.

Up to the last minute, Shields was collecting the signatures necessary to get on the ballot. She filed for the at-large seat, the one she had held during her first stint on the council. Casual political observers who thought the indictment would end her career dismissed the power of loyalty and the appeal of name recognition.

Kansas City’s East Side tipped the election. Shields significantly outperformed Glover in the wards where the black political club Freedom Inc. is active. In one ward east of Troost Avenue, Shields won more than 60 percent of the vote, countering Glover’s strength in the predominantly white southwest corridor.

Shields says she has built a good reputation in the black community, dating back to her work on Alan Wheat’s 1982 campaign for Congress. But she acknowledges that Freedom Inc.’s endorsement was crucial. Her campaign wrote the club a check for $1,500 after the primary, according to campaign-finance records. Upon taking office, Shields hired a Freedom campaign worker as her council aide.

Shields stayed out of the headlines after being acquitted in the mortgage fraud case, but she never disappeared. She served for two years as the executive director of the Westside Housing Organization. She got involved with Save Our Plaza, the group that worked to prevent Highwoods Properties from putting up a suburban-style office building on the north end of the Plaza. And she joined the board of the Historic Kansas City Foundation.

Dan Cofran, a lawyer who served with Shields on the council in the 1980s and ’90s and a spokesman for Save Our Plaza, tells The Pitch he may have encouraged Shields to make another run for city office. “She is a strong historic-preservation advocate,” Cofran says. “The voices for historic preservation were not as strong as they had been in the past.”

In addition to preservationists, Shields drew support from critics of the city’s willingness to award incentives to developers. Even former nemesis Mike Sanders, who succeeded Shields as county executive, preferred her to Glover, who was seen as the candidate friendlier to tax-increment financing. (The city’s decisions to abate property taxes on new development affects the county and other taxing jurisdictions.) Calvin Williford, a former aide to Sanders, who stepped down at the end of 2015, describes Shields as an ally for “sensible” economic development. “I think she is a tremendous advocate for basic services and a range of progressive causes,” he adds.

Cofran says he appreciates that Shields has “very good motor skills in government.” But for Mayor Sly James, Shields’ baggage seemed to trump experience. James declined to appoint Shields as the chairwoman of any council committees when he made the assignments after the election.

Though she was familiar with the City Council, Shields has had to adjust to wielding less authority than she did when she was county executive. “All the power — not all the power, but 90 percent of the power, once the budget is done — resides with the county executive,” she says. But even elected officials invested with a lot of power have to work to build consensus, she adds. “So in that way, it’s not really different than being a councilperson.”

Shields, the mayor and the other members of council were successful in rallying the public behind the city’s plan to sell $800 million in bonds over the next 20 years. Voters approved the infrastructure package, which will raise property taxes, in April.

Shields says she wants to work next on controlling water and sewer rates. In 2010, the city reached an agreement with the Environmental Protection Agency to make extensive improvements to its sewer systems, at a cost estimated to exceed $2.5 billion over 25 years. As assessments have increased, Shields says some homeowners are paying more for water services than they are in property taxes. She thinks the city needs to work with the EPA to modify the agreement. “The only way to get it under control is if we can make the case to EPA that we don’t need to design all that we initially designed,” she says.

Preservationists were not able to save the Plaza-area apartment buildings designed in 1927 by architect Nelle Peters. In early 2016, the council voted against granting the structures historic designation, siding with the owner, who said they were in too much disrepair to be rehabbed. The buildings were demolished for redevelopment.

A few months later, however, Shields was heartened when the council rejected two developments in different areas in and around the Plaza. She had complained that one of the proposals exceeded the density guidelines in the recently approved Midtown/Plaza Area plan. “I was really proud of my colleagues,” she says of the council’s decision to respect the land-use plan.

Shields, 70, has found that she still enjoys public office. “I’m very much an extrovert,” she says. “I enjoy being out with people. You may not in the moment enjoy somebody if they’re just telling you everything that’s wrong in the world. But essentially I like getting out and talking to people. I enjoy working with groups of people to find solutions for problems.”

Shields opposes term limits. She says that forcing out elected officials once they have learned the job is a poor way to run a government. At the same time, she is considering a run for mayor in 2019, when James reaches his two-term limit.