Kansas’ foray into casino gambling makes a joker of everyone 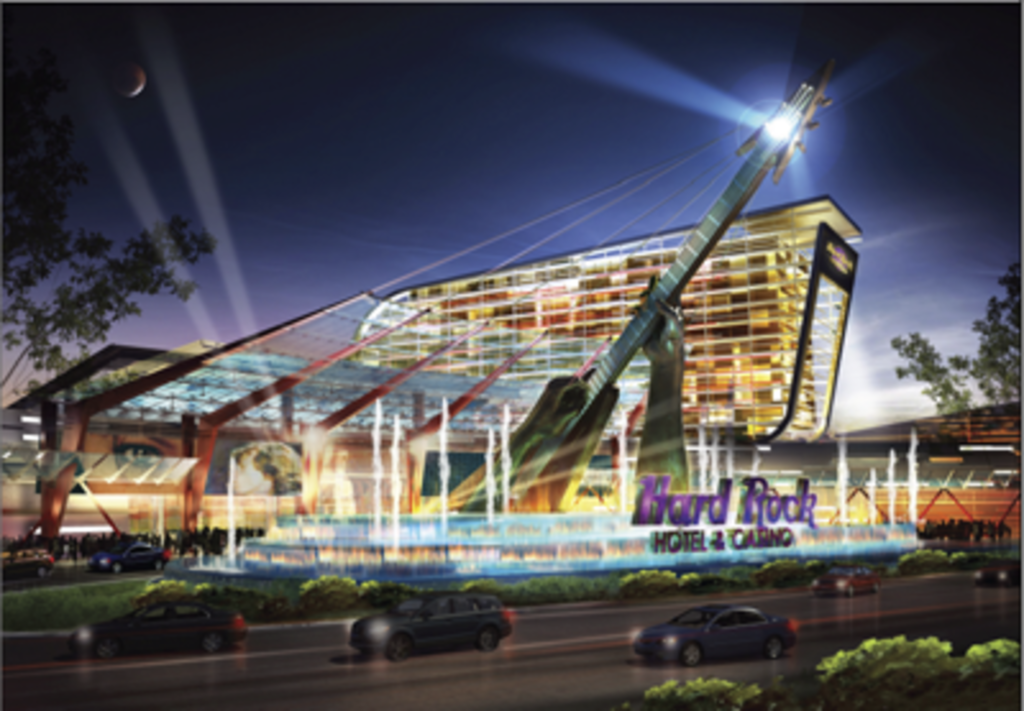 Way back in 1859, Kansas adopted a constitution that banned the sale of lottery tickets. Today, Kansans are far less squeamish about gambling.

In September, state officials accepted a bid to put a Hard Rock Hotel & Casino next to the Kansas Speedway. If all goes according to schedule, blackjack — and Steven Tyler’s scarf-draped microphone stand — will descend upon the Dotte in 2011.

It takes a lot of effort to move a state government from prohibition to dice tables. Kansas took its first step in 1986, when voters amended the constitution to allow a state-run lottery. That was eight months after Johnnie Magerl, a retired butcher from Kansas City, Kansas, became the Missouri Lottery’s first millionaire.

Subsequent expansions of gambling in Kansas have taken clumsier and more convoluted turns. Public officials and business operators have performed daring — sometimes appalling — feats in an effort to position themselves for the day when the “Kansas Lottery” takes the form of a slot machine and a cleavage-baring cocktail waitress. Here’s a timeline of notable moments. Shuffle up and deal!

January 27, 1994: By a 4-3 vote, the Kansas Supreme Court interprets the term “lottery” to mean any game of chance. In a dissenting opinion, Justice Kay McFarland mocks the majority’s logic. “If someone walked into a room full of people and yelled he had just won $100 in the lottery, no one would interpret this to mean the speaker had just had a lucky day at the dog track, a great night playing poker or blackjack, or a lucky streak playing slot machines,” she writes. The broad definition allows the state to enter into compacts with Indian tribes.

March 29, 2007: Kansas lawmakers pass a bill allowing the establishment of state-owned casinos in four regions. In keeping with the spirit of the ridiculous ruling of 1994, the bill refers to casinos as “lottery gaming facilities.”

April 2, 2007: A subsidiary of Harrah’s Entertainment announces that it’s opting out of its agreement with the Prairie Band Potawatomi Nation to operate the tribe’s casino north of Topeka. Eight months later, Harrah’s puts in a proposal to build a casino, golf course and amphitheater south of Wichita.

September 27, 2007: The Cordish Co., developer of the Power & Light District in downtown Kansas City, Missouri, joins the owner of the Kansas Speedway in proposing a casino in Wyandotte County. Cordish makes the bid, even though the Power & Light District — the beneficiary of $295 million in bonds issued at great risk to KCMO taxpayers — is still months from completion.

February 1, 2008: Judge Charles E. Andrews of Shawnee County District Court upholds the Expanded Lottery Act. Andrews determines that the state owns and operates the “lottery facility” (as the 1986 amendment requires), even though private casino operators will purchase the real estate, build the casinos, program the slot machines and book the nostalgia acts.

March 24, 2008: An anti-tax group files a lawsuit in Shawnee County, challenging the legality of efforts to locate a casino near the speedway. The suit says the proposals are “inextricably intertwined” with developments that benefited from taxpayer assistance, which violates a provision of the casino law.

August 13, 2008: In a video presented to the Kansas Lottery Gaming Facility Review Board, three Unified Government commissioners — Bill Miller, Don DeSeure and Ann Brandau-Murguia — speak in favor of Pinnacle Entertainment’s bid for the Wyandotte County casino license. The testimonials appear to violate a passage in the casino law restricting public officials from using their authority to try to influence the selection process.

August 18, 2008: The Prairie Band Potawatomi Nation asks for a court order restraining Harrah’s. The tribe claims that Harrah’s pursuit of a gaming license violates the terms of a noncompete agreement.

August 22, 2008: The Gaming Facility Review Board chooses Harrah’s to manage the casino in south-central Kansas. The Review Board also grants a gaming license to the lone applicant for the southeast region, a subsidiary of Penn National Gaming, Inc.

September 11, 2008: Penn National withdraws its offer to build a Hollywood-themed gambling hall in Cherokee County. A company official says the site is too close to an existing Indian casino in Oklahoma and notes the Review Board’s decision to award the south-central license to Harrah’s. (Penn National had devised a “southern strategy,” in which the company would invest $615 million in two casinos.) Hours later, Cherokee County files a breach-of-contract lawsuit seeking $53 million from Penn National. County Commissioner Pat Collins tells The Joplin Globe: “They made us some promises. We feel like they didn’t follow through.”

September 12, 2008: Frustrated by Penn National’s withdrawal, a Cherokee County property owner who negotiated a purchase agreement with the casino operator files a $37.5 million lawsuit in federal court. Penn National says it acted fairly and owes the landholder nothing.

November 17, 2008: Harrah’s informs the Kansas Lottery that it’s withdrawing its application to operate the casino in the south-central region. The company says it may reapply when financial markets stop freaking out.

November 17, 2008: Attorney General Stephen Six’s office exonerates Miller, DeSeure and Brandau-Murguia, telling gaming officials that the commissioners expressed their opinions as individuals, not public officials, even though the video identified their elected offices.

Meanwhile, in Missouri, voters repealed one of the last controls on casino-style gambling: the $500 loss limit. The state that made Johnnie Magerl a millionaire is always one step ahead.