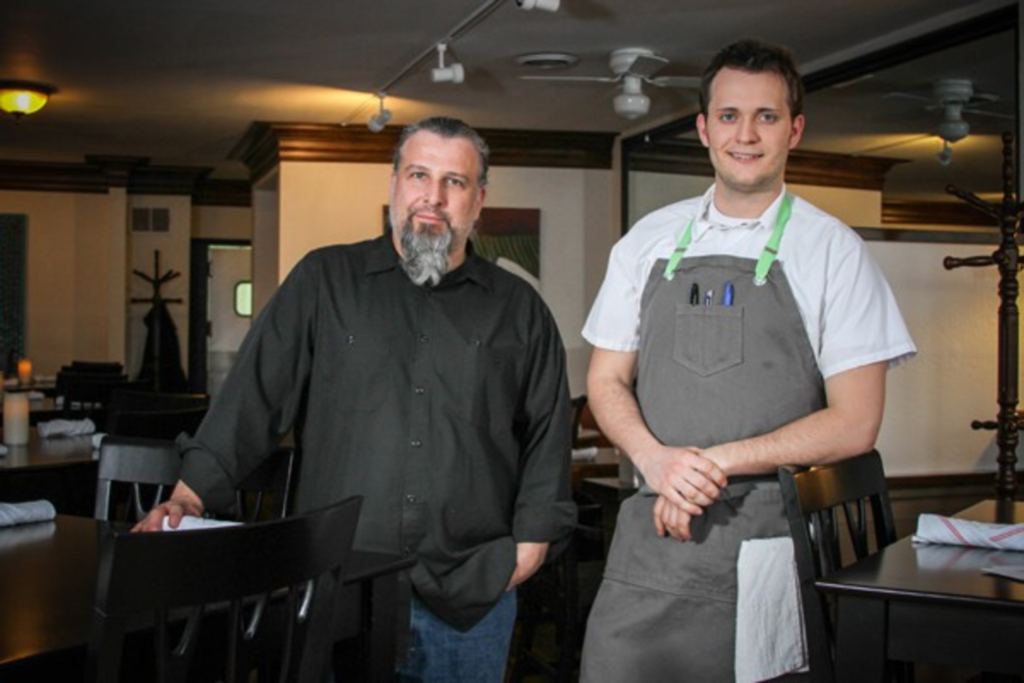 After five months as the executive chef of the Kansas Town restaurant at 1403 West 39th Street, Garrett Kasper has given his notice; the 27-year-old will be joining the staff of the uncompleted Lulu’s Asian Bistro, the new venue in Westwood planned by Malisa Monyakula, the owner of Lulu’s Thai Noodle Shop in the Crossroads. The bistro is scheduled to open in July at 2701 West 47th Street.

“I was looking for a new opportunity,” Kasper says. “I’ve got several different projects going until Lulu’s opens.”

“Garrett gave me his two weeks’ notice,” says Kansas Town owner Michael Bechtel. “We’re looking at different options for the future of the restaurant. Our original plan was to open a pasta and pizza restaurant before we decided on the Kansas Town theme. We may return to that. We’re weighing several possibilities.”

Bechtel is a visual artist, and Kansas Town, despite its rustic name, was an unabashedly artistic restaurant with dishes – both large and small plates – composed as beautifully as modern paintings. The restaurant, which opened last January, has received mixed reviews from both critics and diners.