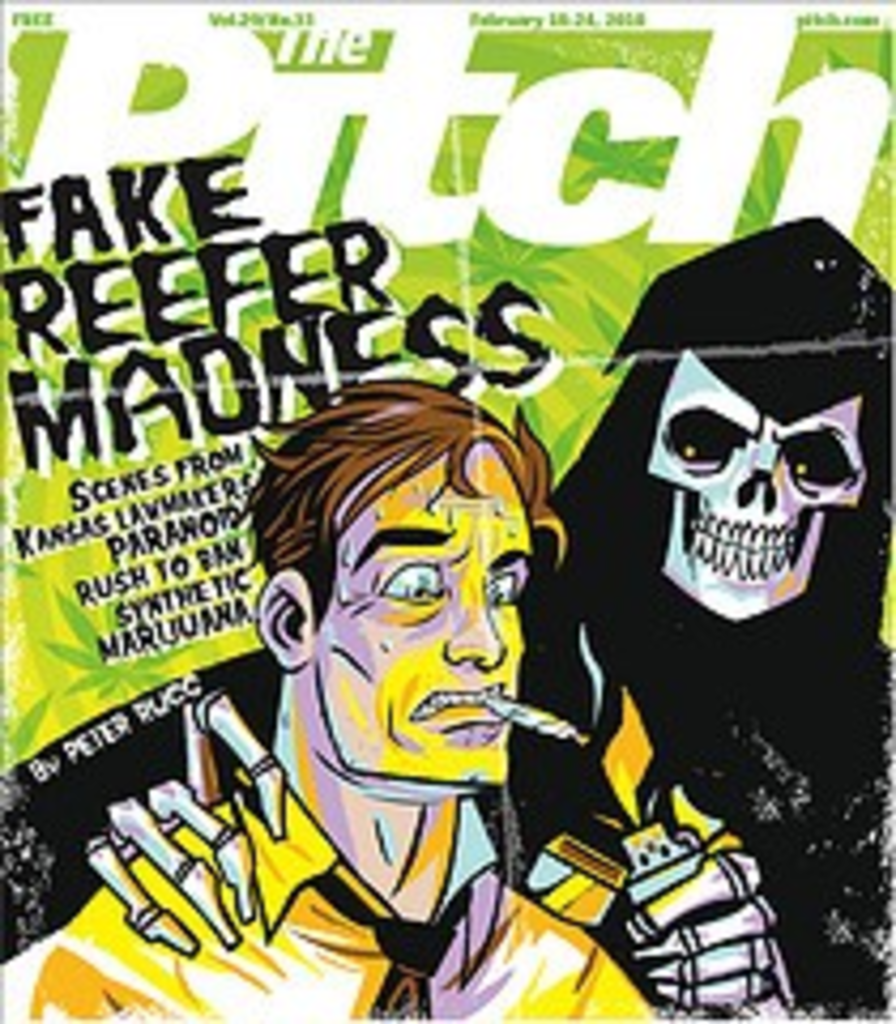 The cover story in this week’s Pitch is about the Kansas Legislature’s rush to ban fake marijuana. Besides being an excellent depiction of hysteria, Peter Rugg‘s report exposes a certain irony in lawmakers’ effort to supposedly protect the people of Kansas.

It took members of the state House and Senate approximately two weeks to ban a substance they know nothing about — other than that teenagers are smoking it and it might or might not get them high. As Rugg reports, virtually no scientific studies have documented any dangers from the synthetic cannabinoids in K2 fake weed.

Meanwhile, legislators can’t seem to find it within themselves to ban a substance that everyone knows kills people. Despite the well-documented dangers of tobacco, and the clear public health benefits of smoking bans, and the fact that most Kansans favor a statewide ban on smoking in public, lawmakers are stalling on the issue again this year. (The latest news is that they’re dicking around with a “compromise” that would let business owners buy special permits to let their patrons light up.) Yeah, a few folks might die from cigarettes today, but Kansas lawmakers don’t want to interfere. God forbid any kids smoke fake pot, though!

“Nothing surprises me,” says former Sen. David Wysong, a Mission Hills Republican who tried unsuccessfully for several years to get a public smoking ban passed.