Kansas Republicans reminded of their fearmongering in wake of Olathe shooting 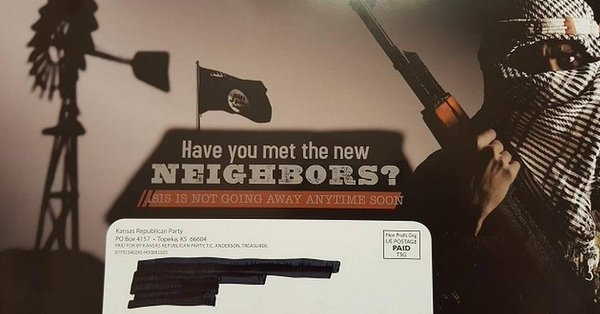 The murder of Srinivas Kuchibhotla at an Olathe bar has been added to the list of post-election hate crimes. Witnesses say the suspect, Adam Purinton, told Kuchibhotla and his colleague, fellow Indian national Alok Madasani, to “get out of my country.” Purinton reportedly thought the men, who worked at Garmin, were of Middle Eastern descent.

The attack raises new alarms about President Donald Trump’s rhetoric. But Trump was hardly the only Republican to play to fear and anger in the last election.

U.S. Rep. Kevin Yoder attended Sunday’s prayer vigil for the shooting victims and stated his support for diversity and tolerance. But last summer, he too sent out a mailer suggesting that keffiyeh-wearing terrorists could strike in Overland Park.