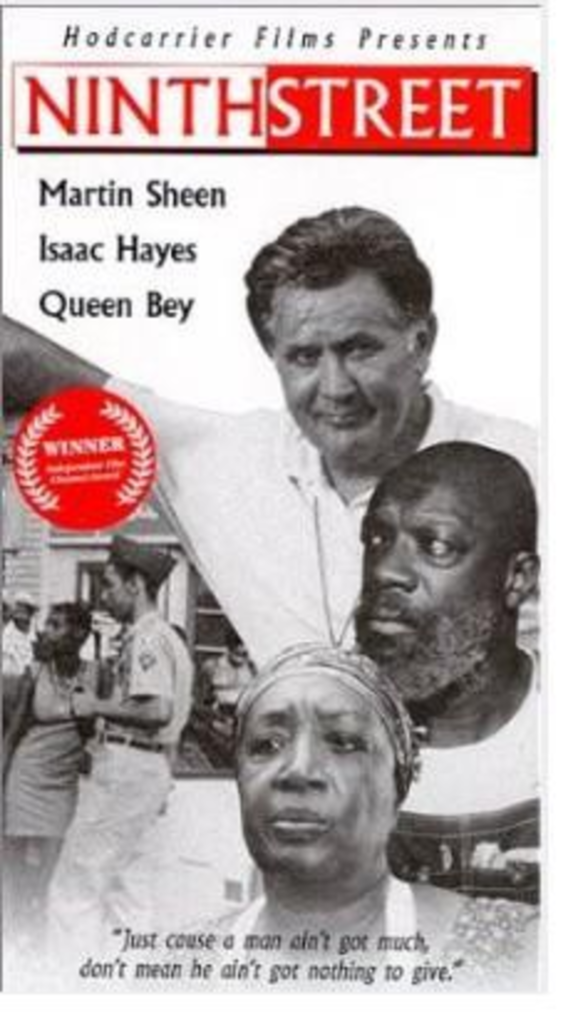 In 1999, Lawrence-based filmmaker Kevin Willmott released a little joint called Ninth Street . You may remember it — it starred a musician and actor of no small stature who died recently: Isaac Hayes.

Set in Willmott’s hometown of Junction City, Kansas, and also starring KC jazz singer Queen Bey as feisty tavern owner Ma Baker, the movie centers around the lives of poor African-Americans eking out (or not eking out) a living off the wild nightlife that happened on the main drag of the small town west of Topeka. It’s set during the Vietnam War, and most of the business comes from visiting soldiers and the local ladies willing to love them for money.

Hayes plays the part of Tippytoe, a truth-telling, tobacco-spitting working man. Willmott and co-star Don Washington, by contrast, play winos Huddie and Bebo, respectively, who do little besides sit on a couch and analyze their ruined lives and surroundings in dialogue that ripples with humor and pathos — the dialogue throughout the film is phenomenal. As the film’s narrator, Bebo gives the viewer access to a rich, rundown landscape teeming with emotionally explosive characters who are struggling desperately to make sense of their lives in an America that’s both hostile to them but is also starting to offer hope for change.

Besides the working folk and winos, there’s the shell-shocked soldier who feels tragically threatened by his surroundings; the crazy bag lady (Kaycee Moore) who watches war broadcasts in the window of a white-owned TV store until she’s chased away; the prostitute (Nadine Griffith) who longs to get away but can’t; the ineffectual young pimp (Byron Myrick) who tries to put the older folks in town under his thumb but can’t come close to breaking their pride; the aspiring Pentecostal street preacher who rails against everyone’s sinfulness and thinks Martin Luther King Jr. should have stuck to his congregation instead of going out and getting himself killed; and there’s the white Catholic priest (Martin Sheen in little more than a cameo role), who sees more good than evil in the lost people of Ninth Street.

In short, it’s a strange setting for the man who sang about Shaft to work his acting chops. I talked this morning with writer and director Willmott about his memories of working with Isaac Hayes.

Wayward Blog: Where were you when you heard the news?

Willmott: Actually I was just coming back from a screening of my film Bunker Hill in Santa Fe, and Queen Bey called me. She had just heard it on the news, and I was totally shocked.

Did you listen to Isaac Hayes growing up?

Oh yeah, he had a huge influence on me. You know, I grew up in Junction City, and my first memory of him was hearing some old guys in the neighborhood talking about him, and they were talking about his bald head – they were kind of making fun of him a bit. It was really ironic how he turned that totally around. Yul Brynner was maybe the only other guy around who was cool with a bald head, and Isaac turned that whole look into an icon of the ‘60s and ‘70s. …