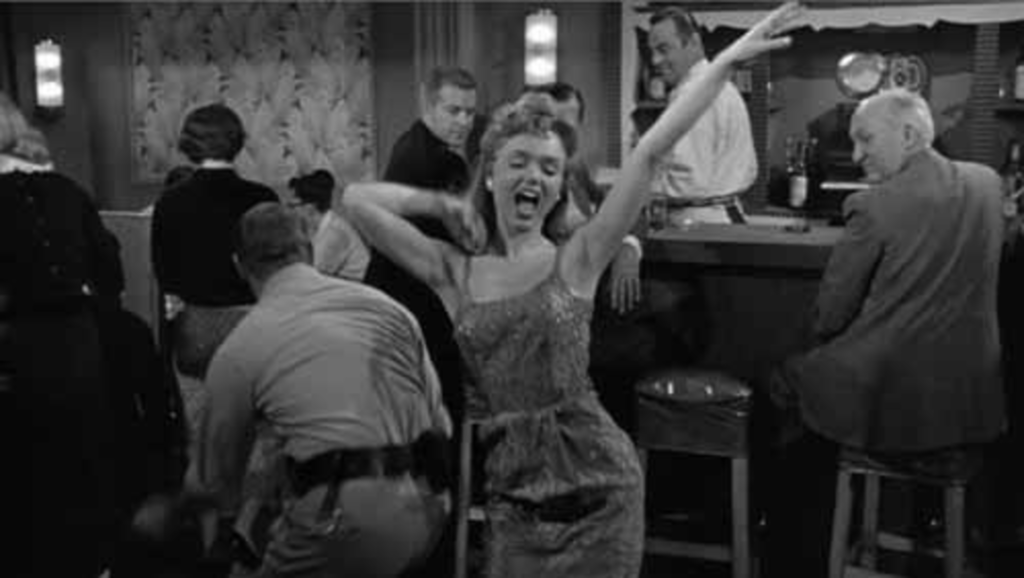 UPDATE: Local sports announcer Christian Vedder, a cousin of the late Yvette Vedders, called in this afternoon to clarify some of the information in this post. The update after the end of the original post.

Kansas City has a long history of being a hometown to Hollywood legends. In the 1930s, Metro-Goldwyn-Mayer’s roster of major stars included four who had grown up in Kansas City: Joan Crawford, Wallace Beery, William Powell and Jean Harlow. Even today, former residents such as Ed Asner, Dee Wallace,  Dianne Wiest, Don Cheadle and Jason Wiles return to town with great fanfare. (And that includes Oscar-winning actor Chris Cooper, who appeared on KCUR 89.3s Up to Date with Steve Kraske this morning.)

A cult favorite star who didn’t get much attention from her birthplace was Yvette Vickers, whose grisly death — trumpeted last week by almost every news and blog source in the United States — eclipsed her screen career. Vickers’ decomposed body (reportedly “mummified”) was found inside her Los Angeles home. Vickers’ body — if it is, indeed, her body — had been on the floor for months, possibly a year.