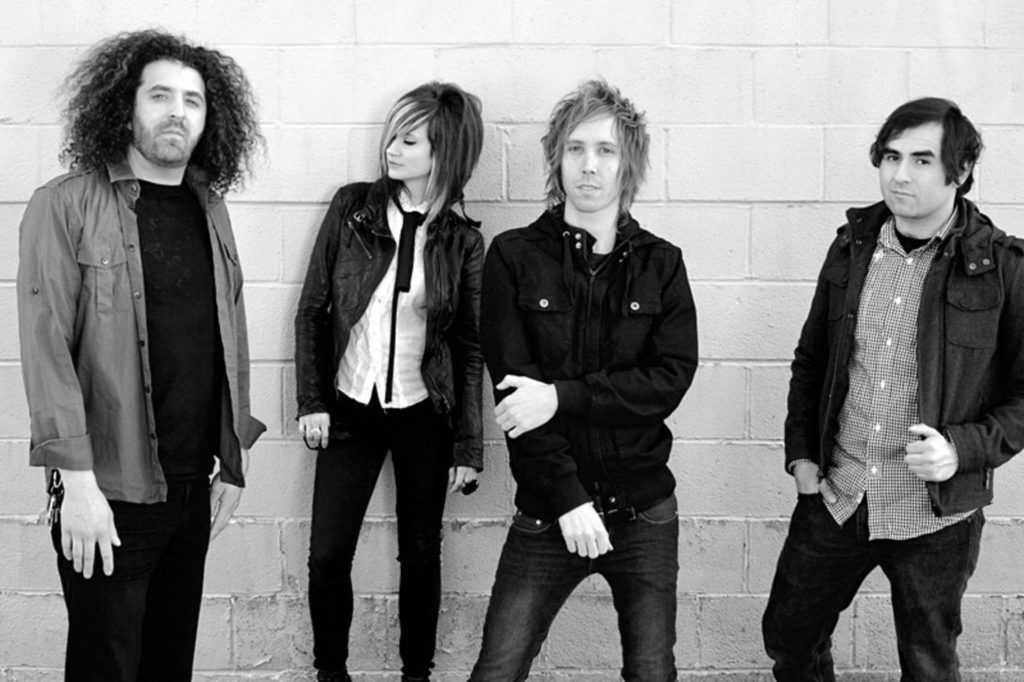 Soon, MidCoast Takeover descends upon the city of Austin, Texas, with one mission: to rock. The South by Southwest showcase — footed by local forces such as Record­Bar, Crosstown Station and the Riot Room, among others — features more than 30 acts from the Midwest for a locally centered sonic sampler. We spoke with some of the traveling talent about their hopes, fears and ambitions for Kansas City’s SXSW blast of sound. At a glance: The Beautiful Bodies contemplate hair removal; Auternus hopes that Austin “gets it”; Mansion wants to avoid cannon fire; Expassionates feel refreshingly green; and Everyday/Everynight (as of press time, anyway) doesn’t have a place to stay. Typical, right? If that doesn’t quite make sense (and it shouldn’t), allow the southbound local heroes to explain.

The Pitch: Is this the first time you’ve been to SXSW?

Alicia Solo: We went to SXSW last year, and it was truly inspiring. We’re looking forward to meeting people who share the same passion as we do.

Anything special that you’re doing to prepare for the show?

We have been playing some out-of-town shows, lifting weights, preparing demos, printing fliers, and mastering the art of the cupcake. We have also been collaborating with Brian Hicks from Outpost Worldwide on some new, stimulating visuals. Time is crunching, and we hope to show people at SXSW.

What are you going to do to make KC proud in Texas?

Besides our bi-winning performance, we plan on making KC proud by spreading the word about our city to everyone we meet. We’ve also been toying with the idea of having our bass player, Luis Arana, shave “KC” into his beautiful hairy chest.

The Pitch: Tell me about your band.

Scott Easterday: All of us have been playing for over 20 years in KC. We’ve been together as this group since 2006. We have one CD, Landscapes, and are working on our second CD now. It will be released later this year.

This is your second time going to SXSW, right?

Marco Pascolini: Though I may fall in the seasoned category — lightly roasted and salty — I’m green to the SXSW mayhem. This is the second year for me. Last year was with both Expassionates and Brannock Device.

Easterday: We went to SXSW last year. We’re all impressed with how great the music scene is in KC and think it’s better than ever.

Are there any bands from KC that you look forward to seeing for the first time in Austin?

Easterday: I’ve seen some of these bands, but this is who I’m interested in seeing: Atlantic Fadeout, the Beautiful Bodies, Bleach Bloodz, Everyday/Everynight, John Velghe, Sons of Great Dane and Roman Numerals.

Why do you keep going at it after all this time? Is it love?

Easterday: It’s important to establish a strong working connection between KC and Austin because of Austin’s reputation and its prominence in the national music scene.

The Pitch: What’s it like being an instrumental metal band in a field of indie, hip-hop and alt country?

Jeff Irvine: We thought that this was a chance to add another element that we thought was missing from the previous year, and that we’d be a good fit to fill that void. We’ve played with Sons of Great Dane, Walking Oceans and Maps for Travelers, among others, so it’s not too far out of the ordinary.

How would you describe what you play?

Joshua Quint: There are a lot of dynamics in the music, and that allows us to really explore both ends of the spectrum and everything in between.

What sort of fanbase does Auternus attract?

Simcosky: Auternus’ fanbase is small but strong. People seem to really get it or not. Those who do get it are truly great to have supporting us.

Irvine: We’ve been told after a show, “What just happened? I just lost myself for an hour.” To hear that feels great.

The Pitch: Mansion started out as a bit of a joke, right?

Kyle Sheline: I think we just said that once, but we all enjoy what we play and actually do take the music we make kind of seriously. But besides music, we try to keep everything else as light as possible. Like interviews.

What’s the advantage of having three guitarists in the band?

Someone can mess up, and less people will notice. And we can pull off three-part guitar harmonies.

Did you really get threatened with cannon fire?

Yes, from a neighbor of our practice space. And we believed him and stopped practicing immediately.

The Pitch: Will the MidCoast Takeover be the first time you’ve been to SXSW?

Evan Ashby: It’s just a really cool thing that these people have so much faith in the music in Kansas City.

Jerad Tomasino: Yeah, they’re not just bringing us down and pitching a tent.

Are you driving yourselves?

Shoare: Yeah. Basically, it’s going to only be musicians on the highways.

Tomasino: I’m stopping for gas at 3 a.m., and there’s going to be chains hangin’ off everybody’s jeans. “What’s up, man? Where you playin’ at?”

What are you going to see when you’re there?

Ashby: Part of the reason that it’s so important for us to be down there is to network. It’s almost like going to a trade show for any other business.

Tomasino: It’s one of the biggest music festivals in the world, and people from all over the country and the world are flocking to Austin to share these ideas and create this energy, all centered on music.

Shoare: It’s going to be really awesome to get that Kansas City sound in a night or two nights.

Where are you going to sleep?

Shoare: Good question. Do you know anybody in Austin?