Stop by any weekend through February to get up-close views of waddling flightless birds. 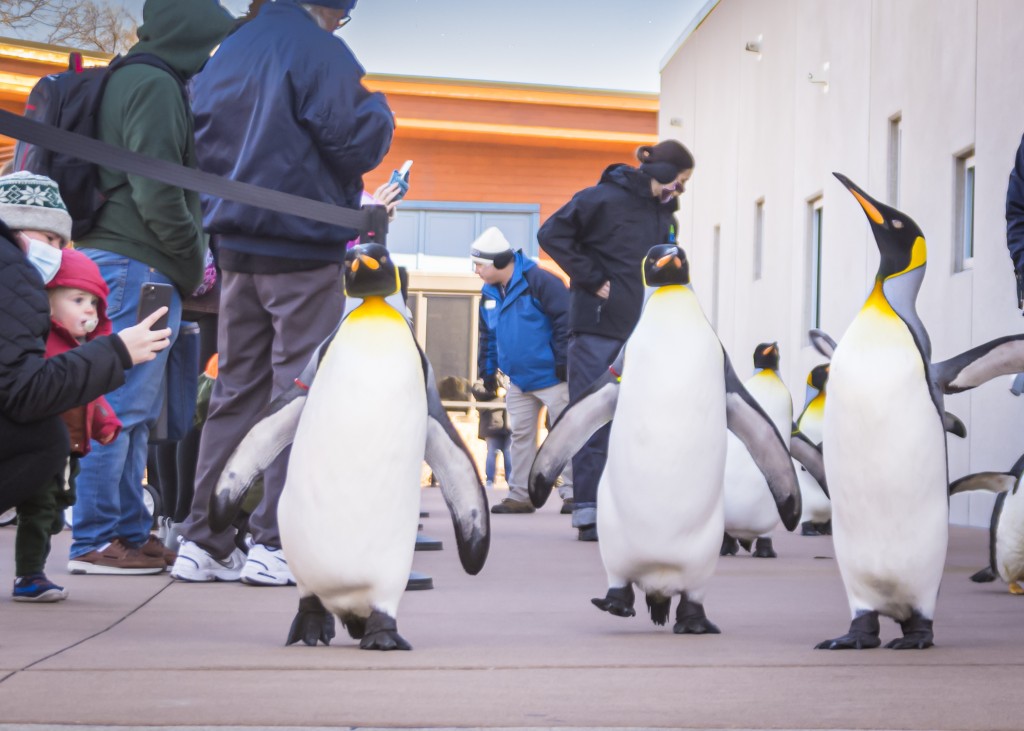 Staff at the Kansas City Zoo are rolling out the red carpet for penguins to stretch their stubby little legs.

Viewing the penguin march is free with regular admission to the zoo and begins at 11 a.m. every Saturday and Sunday through February 27—so you’ve got some time to get this into your calendar.

The public is welcome to greet the tuxedoed arctic avians and photographs are encouraged. However, no touching is allowed as the penguins stretch their flippers around the Helzberg Penguin Plaza.

“It’s not only fun for our guests to see the penguins outside their normal environment, but it’s enriching for our birds as well,” says Sean Putney executive director and CEO of the zoo.

Loosely guided by zoo care specialists, the penguins move their happy feet for three laps around the plaza. The march typically lasts 15 minutes. The zoo staff says to arrive early if you’d like to get close to the penguins.

“We give the penguins the option to participate, but it is a favorite activity for many of them,” says Putney. “It’s a win-win for both visitors and the animals.”

You may remember how, during the first summer of pandemic lockdown in 2020, the museum allowed the penguins to explore the Nelson-Atkins. If you didn’t catch it the first time, we highly suggest that you watch the video.

The Kansas City Zoo houses four types of penguins: Gentoo, King, Macaroni, and Humboldt. The first three march when the temperature outside is cooler, while the Humboldts partake in the walk on warmer days.

Each of the 89 penguins in residence has a name that is viewable on a band around their flipper. One of the most recognizable is a king penguin who is missing some feathers on his belly from rubbing against ramps. He’s one of the heavier penguins at the zoo and aptly named Elvis—an homage to the late-stage, jumpsuit-wearing, peanut butter and banana sandwich eating version of the King.

The Kansas City Zoo is open daily from 9:30 a.m. to 4 p.m. with free parking available. Admission is $8.50 to $10 for Jackson and Clay County residents and $17 to $20 for the general public. Tickets can be purchased online.

For those who are still leery of leaving the home, or just really enjoy penguins, the zoo has cameras set up to watch the penguins for free here.

From a recent march, here are a collection of photos from Jim Nimmo: 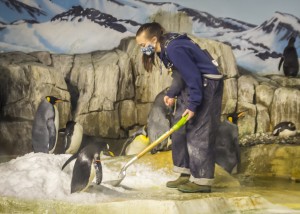 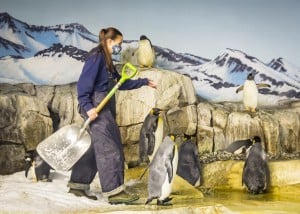 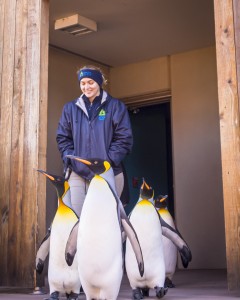 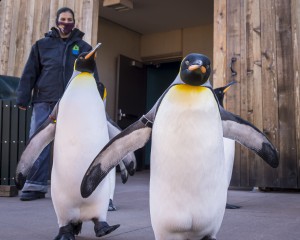 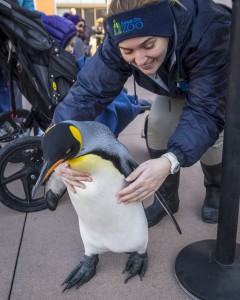 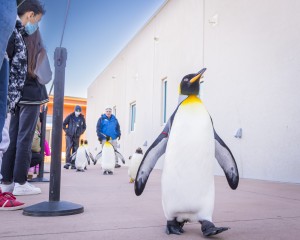 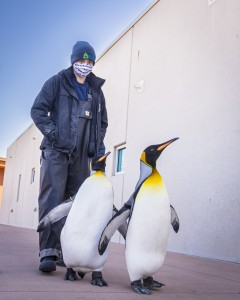 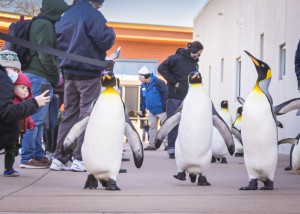 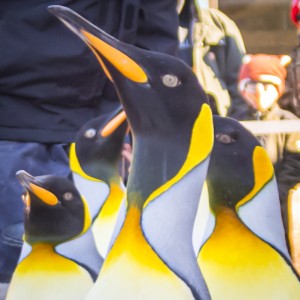