Kansas City sucks at voting. We need to get better. 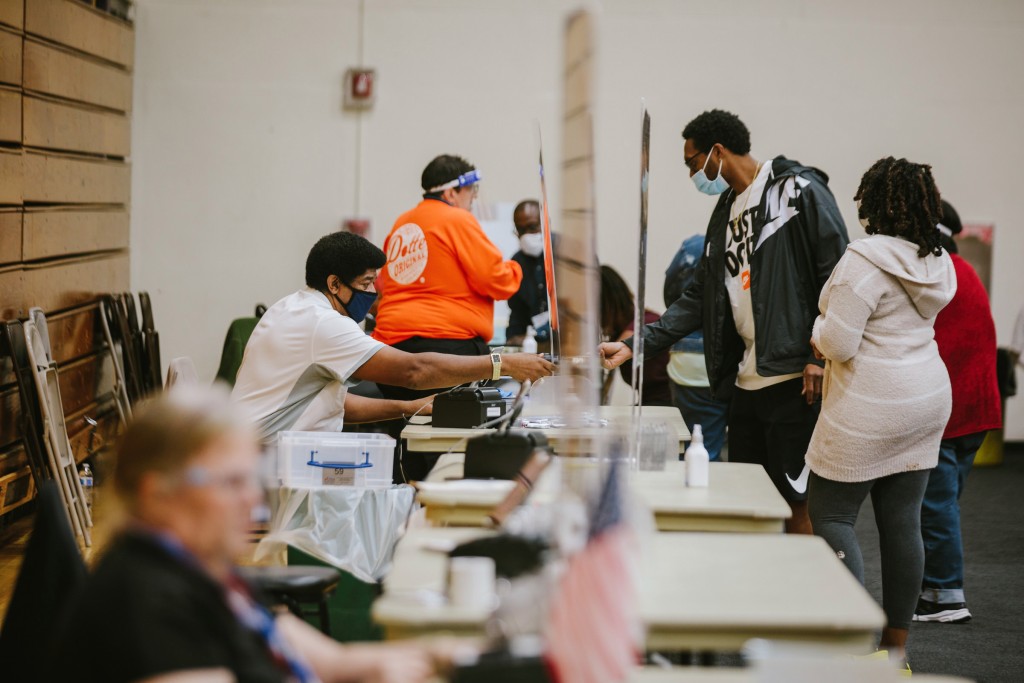 With blaring car horns, victory signs, and dancing in the streets, Kansas City experienced a burst of euphoria after news networks declared Joe Biden president-elect of the United States. It was a fun celebration—but not richly deserved.

In this monumental 2020 election, 60.53 percent of registered voters in the Jackson County portion of Kansas City voted. That’s all—six out of 10. Only a tick better than in 2016, when the Kansas City Board of Election Commissioners reported a turnout of 58.57 percent. And worse by far than participation reported in neighboring counties.

In an election when Kansas City needed to roar, it whispered. It whimpered. What happened?

Geoff Gerling, executive director of the Jackson County Democratic Committee, watched the numbers roll in on election night with mounting dread. The race for Missouri governor and the fate of a crucial ballot question hinged in part on voters in Kansas City’s heavily Democratic wards and precincts showing up.

“If we don’t hit 75 percent (turnout) in Kansas City, we can’t win anything,” Gerling says.

“To hit 60 percent in a presidential election year… I don’t even know what the word is to use for that,” Gerling says.

Abysmal? Embarrassing? Shitty? Take your pick. All of the above?

Turnout was 84.5 percent in Platte County, 74.85 percent in Clay County, and 80.3 percent in the portion of Jackson County outside of Kansas City. In all of those places, voters by narrow margins supported Republicans Donald Trump for president and Mike Parson for governor.

In Kansas, 75 percent of registered voters in Johnson County cast ballots, with 52 percent supporting Biden and Kamala Harris. The only election office to report numbers close to Kansas City’s was in heavily Democratic Wyandotte County, where participation was 63.5 percent.

St. Louis City also underperformed, with just 65 percent of registered voters casting ballots. So the trouncing of Nicole Galloway, the Democratic candidate for governor, and other Democrats running for state office can’t be blamed solely on Kansas City. But the anemic numbers here matter.

Without the political clout that comes with a vigorous electorate, Kansas City becomes a doormat for Republican politicians in Kansas City who feel free to enact policies that harm urban areas.

Case in point: the Republican Missouri governor and his refusal to enact a statewide mask rule even as cases of coronavirus soar here and elsewhere. In a race that was supposed to be close, Parson beat Galloway by 17 percentage points.

“There’s nobody who can deny with a straight face that voters gave Mike Parson a mandate,” says Greg Razer, a Democrat who will represent parts of Kansas City in the Missouri Senate.

Even worse than what low voter turnout says to Jefferson City is what it tells us about ourselves. The failure to vote, especially in wards and precincts with high representation of people of color and low-income Kansas Citians, is more proof that whole segments of the city are marginalized and severed from civic networks. It’s the same disconnect that shows up in Kansas City’s low U.S. Census completion rate—also around 60 percent—and the struggles to get residents to help police solve crimes in neighborhoods.

“It’s a hope thing,” says Justice Horn, a former student government president at the University of Missouri-Kansas City, who has been advising local and national campaigns on race and LGBTQ+ issues.

“A lot of people will simply opt out because they think, ‘My vote doesn’t count, and I have more important issues.’” says Horn. “We really need to go back and instill hope in people.”

People cite a host of reasons for why the excitement to evict Trump from the White House wasn’t reflected at the polls in Kansas City.

The Biden-Harris campaign didn’t set up an office here; it was a foregone conclusion that Missouri’s electoral votes would go to Trump.

Missouri’s new rules for mail-in voting were confusing and required a notary’s signature in some cases.

But while the circumstances of the pandemic and Missouri’s red state status are surely factors, the inescapable reality is that, locally and statewide, Democrats lack a workable, sustained structure to register voters and get them to the polls.

“We’re not getting into communities,” says Manny Abarca, the Jackson County Democratic Committee representative for Ward 12, a large swath of northeast Kansas City where turnout was just more than 50 percent.

Abarca offers a number of things Democrats should have done better: more education about the issues on the ballot and what was at stake; outreach to Latinx voters that didn’t center exclusively on immigration issues; and better connections among the Democratic establishment and emerging leaders in the Black Lives Matter movement, KC Tenants, and other activist groups.

“I have these opinions and thoughts, and I plan to do something about it and be part of the solution,” Abarca says. “If I’m part of the problem, I need to step aside.”

“I have to shoulder a significant portion of the blame,” he says. “I didn’t come up with any answers.”

A leadership vacuum is pronounced on Kansas City’s East Side, where voter turnout overall was lower than 50 percent and in one ward didn’t even reach 40 percent. Freedom Inc., the Black establishment political club that used to turn out thousands of votes in those neighborhoods, was barely heard from in this election.

Barbara Anne Washington, a legislator who will represent much of the East Side in the Missouri Senate, says she witnessed a lot of energy around voter registration.

“I had food drives, and I registered people while they were sitting in their cars waiting for food,” she says. “I saw a lot of young people fired up for registration. But getting people to the polls is something different.”

Young Black leaders, like Horn, look wistfully toward cities like Atlanta, where a groundswell of enthusiastic new voters, many of them Black and Latinx, is credited with handing Georgia’s electoral votes to the Democratic presidential candidate for the first time since 1992.

Horn says he witnessed a lot of efforts this fall to change the minds of suburban and even rural voters who generally vote Republican but might be swayed to vote against Trump this time. But he didn’t see enough work being done to reach out to young people and people of color, who, if motivated, could form a long-lasting Democratic base.

“Let’s do the even harder work on trying to expand the electorate,” Horn says. “I feel like there’s no one in the party right now that’s willing to do that hard work.”

Kansas City is caught in a downward spiral when it comes to recruiting motivated young people of color. Missouri, and even the city itself, is not seen as welcoming for Blacks, Latinx, and other minorities. Republican policies in Jefferson City, like cuts to higher education and health care, make it harder to promote Kansas City as a place of opportunity.

In a sense, low voter participation becomes a self-fulfilling prophecy. Discouraged citizens don’t vote. So we get politicians that enact the wrong policies. And citizens become more disillusioned.

“The population of the Black and brown base is not increasing or expanding,” Horn points out. “People aren’t going to come here if they see the state is red and not willing to work with Black and brown people.”

The remedies for low voter turnout in Kansas City are no different from the steps we already know would make communities healthier and safer: Get leadership in place that people trust. Form coalitions that let a younger, more energetic and diverse generation take the lead. Go into communities and listen to people.

This isn’t work that can wait until an election heats up two years, or four years, from now. To gain ground, or at least not lose ground, Kansas City needs to start now.

Only if we do the work should we feel entitled to the celebration.