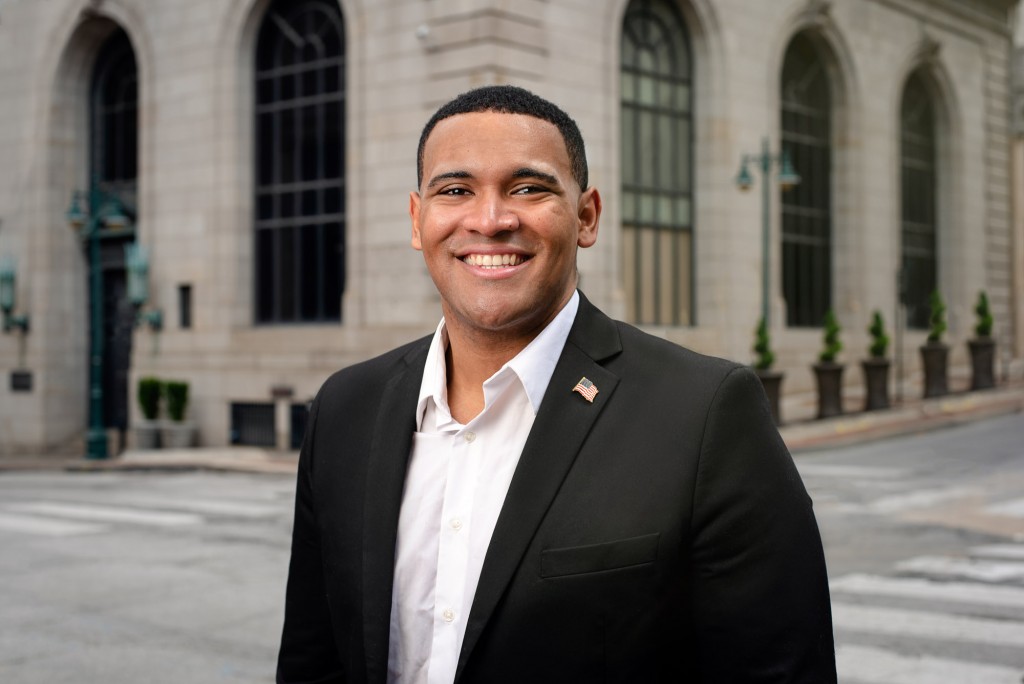 A self-described leader, activist, and trailblazer, Justice Horn is tricky to put a label on. The former UMKC Student Government President transferred from Northern State University in South Dakota, where he became the NCAA’s first openly gay multicultural wrestler. At 22, Horn is championing Black Lives Matter initiatives, raising his voice at rallies, and changing the game for what it means to be a young activist in the modern age.

Hear Horn tell you about himself in The Pitch Questionnaire.

What’s it like being NCAA’s first openly gay multicultural wrestler? It’s shown me that we have a long way to go when it comes to LGBTQ+ representation in athletics. I believe any person from the LGBTQ+ community should be able to compete collegiately and professionally in every single sport. Representation matters and the LGBTQ+ community needs to see themselves reflected in athletics.

Who are some of your athletic inspirations and why? American tennis player, Serena Williams because she represents skill, persistence, and black excellency. Like President Obama, she faced a double standard in her industry and still prevailed over anyone’s doubts. Not only is Serena Williams a skilled athlete, she represents the African-American community, motherhood, and black excellency.

As a transfer student, how did you ascend to become UMKC’s SGA President? After transferring into UMKC January 2019, I ran for Student Body President and won my election because the student body needed the entire student government association reformed. I ran on the platform of representation, experience, and vision for the future of UMKC. After winning my election, I made history as the University of Missouri-Kansas City first openly gay multicultural student body president.

You’ve described yourself online as a leader, an activist, and a trailblazer. What do those words mean to you? The words leader, activist, and trailblazer are ideals that I inspire to be every single day of my life.

You’re a younger voice in political activism. Where do you see younger voices fitting into political movements? As one of the younger voices in the political scene, how I see my voice and the voices of other young people is one day holding positions in public office. Here in the near future, I plan to run for office because I believe that representation matters and we have a lot of work ahead of us when it comes to the advancement of disenfranchised communities. Representation matters and it’s time that those in office reflect the people they represent.

What would you tell your younger self? To persist forward and that it truly gets better for you. During my time in middle school and high school, I was bullied for the color of my skin and my sexuality, but today, I’m proud to be a multiracial LGBTQ+ individual fighting for change here in the community.

What does it mean to you to be both a LGBTQ+ and BLM activist in today’s political climate? [It’s] an opportunity to advance the disenfranchised communities I come from. As an African American, Native American, Caucasian, Pacific Islander, and LGBTQ+ individual, I have the opportunity to represent a diverse background of people and experiences. I do not represent the entire experience of my racial background, but I work for progress because we all reap the benefits when positive change happens in our community.

I am currently binge watching… Dark on Netflix

What is the last thing you laughed at? My roommate’s cat galloping across the apartment for his favorite toy, a Q-Tip.

Why is it important to you to speak up in your community? We all need to stand up against injustices and change our community for the better. Every institution and city could do better and be better when we all have a seat at the table.

How do you see the Black Lives Matter movement evolving in the future? The Black Lives Matter movement will continue to have a protest side to it, but it is evolving into a political and strategic movement moving forward. I’ve always been more interested in police reform and policy change here in Kansas City and the movement has given us the opportunity to change socioeconomic disparities facing communities of color. The movement will always be and stay alive, but will continue to evolve with the times. I have faith in the movement and the people that continue to drive the winds of change here in our community.