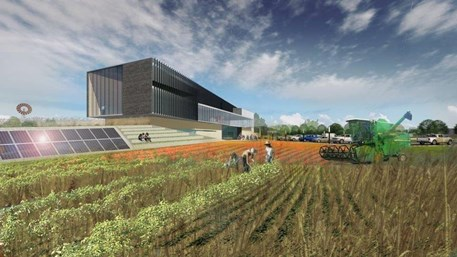 The American Royal is leaving the West Bottoms for Kansas, and Kansas City leaders are handling the breakup just fine.

On Tuesday, the American Royal Association announced that it had struck a deal with the state of Kansas to build a new $160 million complex near the Kansas Speedway. The state will provide up to half of the cash via STAR bonds, a state economic-development tool.

Kansas Gov. Sam Brownback was willing to make a deal that Kansas City leaders were not. Two years ago, the Royal had asked the city for $30 million and an additional $1 million annual subsidy for 30 years. City officials decided that the horse shows, mutton bustings and other Royal events did produce enough economic benefit to justify the investment.

So, when the move to Kansas was announced, Kansas City’s top officials reacted as if they were watching relatives who had overstayed their welcome pull out of the driveway.

On Friday, City Manager Troy Schulte and Mayor Sly James attended a meeting of the board of the Economic Development Corporation, a quasi-public city agency. The agenda included a report on the business and jobs the city had added and lost. Schulte joked that the American Royal needed to be added to the “jobs lost” report before the next meeting.

The joke drew laughs. It worked because the Royal has only 14 full-time employees.

Following up on Schulte’s comment, James observed that they both had been criticized on social media for allowing the Royal to leave. James suggested that the haters could be dismissed easily.  “I’ve got a very quick answer,” he said. “Eighty million bucks, baby.”