Kansas City Is a Drinkin’ Town: Chris Tady and whiskey and soda @ Bulldog 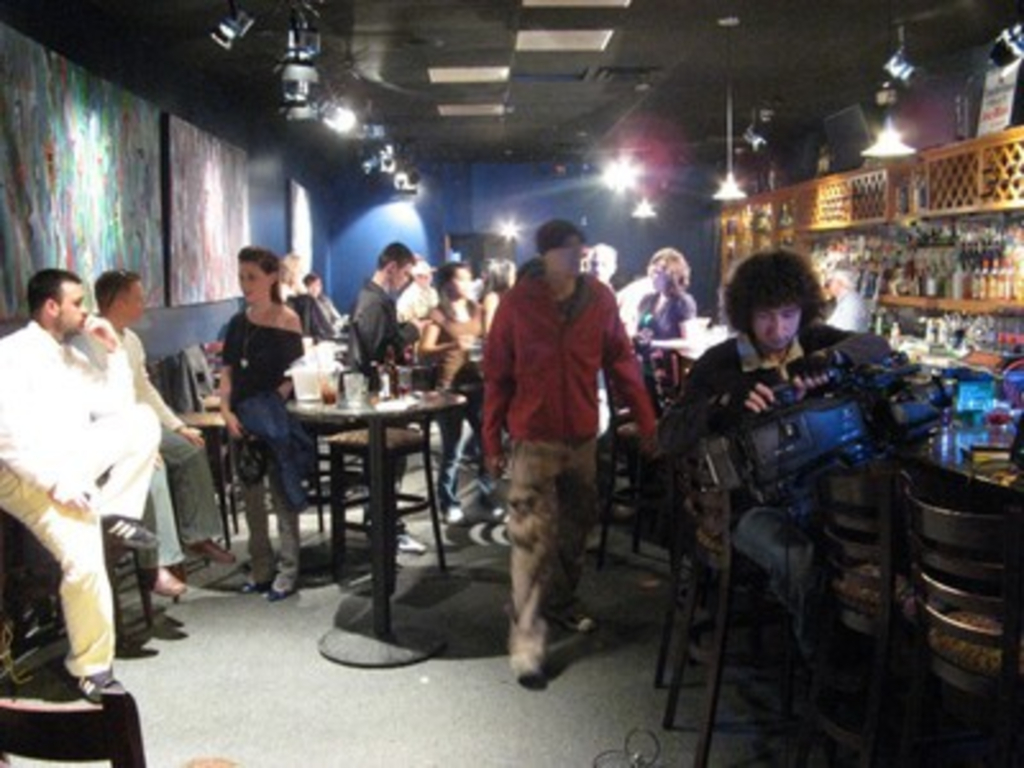 In this brand-new, official and probably destined to be short-lived Wayward Blog series, Kansas City is a Drinkin’ Town, we’ll be drinking about local musicians and talking with their favorite drinks. *Hic!*

Today’s subject: Chris Tady, of the bands Cosmic Tady Brothers (playing tonight, info below) and Solid Gold Easy and bartender at the Bulldog

Today’s libation: whiskey and soda with a dash of bitters 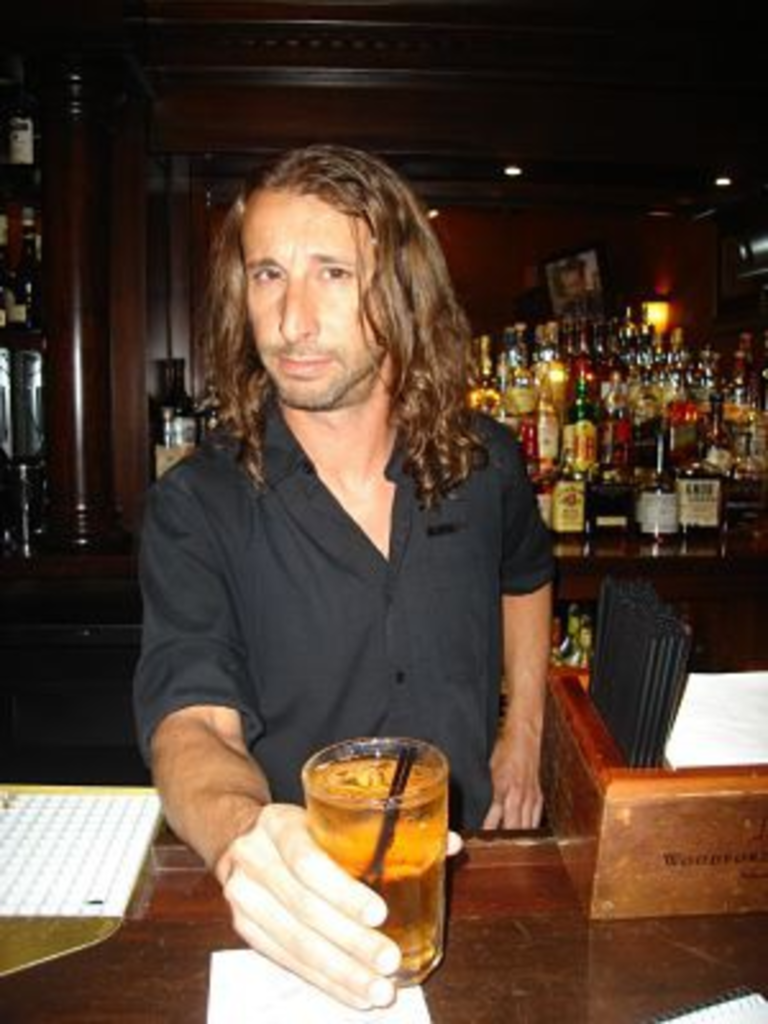 “That is summertime livin’,” Tady says after pouring his trusted cocktail. “I’ve been known to drink it all winter, though,” he adds, “so it’s not really a seasonal drink.”

Today, he made it with Crown Royal, though, he typically goes with Old Crow when he’s doing the ordering — “Or Kessler, if you can find it.”

Tady (that’s pronounced like “toddy,” by the way) was introduced to the drink either last September or two years ago, or maybe between. You know, around then. Not one for corn syrup, he’d been drinking whiskey and water, then a Bulldog coworker introduced him to the soda and accompanying bitters, which both enhance the whiskey and add flavoring to the soda.

It’s pretty much his default drink. “It’s not that I don’t like to explore,” he says, “but it never doesn’t sound good. Except for breakfast, of course.” (He wakes up to Vietnamese coffee.)