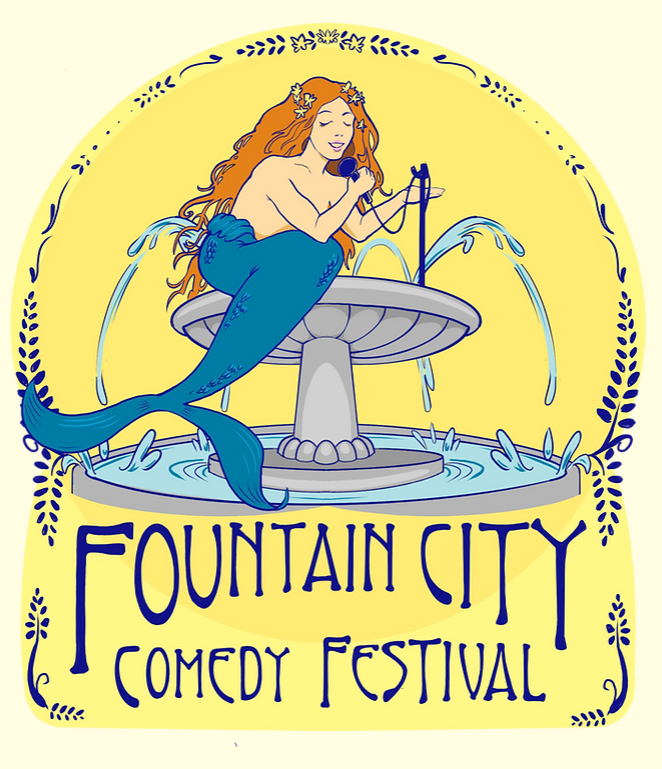 From Oct. 13-15, Kansas City will become the home to the newest comedy extravaganza in the Midwest. Fountain City Comedy Festival will feature a diverse array of comedians at metro venues in both Kansas and Missouri.

Comedian and founding member of  Fountain City Comedy Festival Stephen Taylor expressed the creation of a centralized comedy weekend in Kansas City has been long overdue. “We’ve had a pretty incredible independent comedy scene bubbling up for the past few years,” says Taylor. “And in other cities, they had a really good DIY scene, so we just started kind of creating our own.”

The festival serves as a celebration of comedy and of Kansas City itself. The name and logo serve to honor KC as the City of Fountains—said to have more fountains than Rome. The event’s logo showcases a musing mermaid sitting on a fountain, serving as a stand-in for the midwestern flavor of humor to be found at the festival. “We just thought it was hilarious, to have a mermaid in a landlocked state,” says Taylor.

The festival will pull in 15+ shows over a single weekend, featuring a broad range of headliners, including Kenny DeForest, Dina Hashem, River Butcher, and Niles Abston, who was just recently featured in Vulture as one of tomorrow’s comedy superstars.