‘Kansas City did not disappoint.’ Animal Collective puts on thrilling show that feels like a reunion 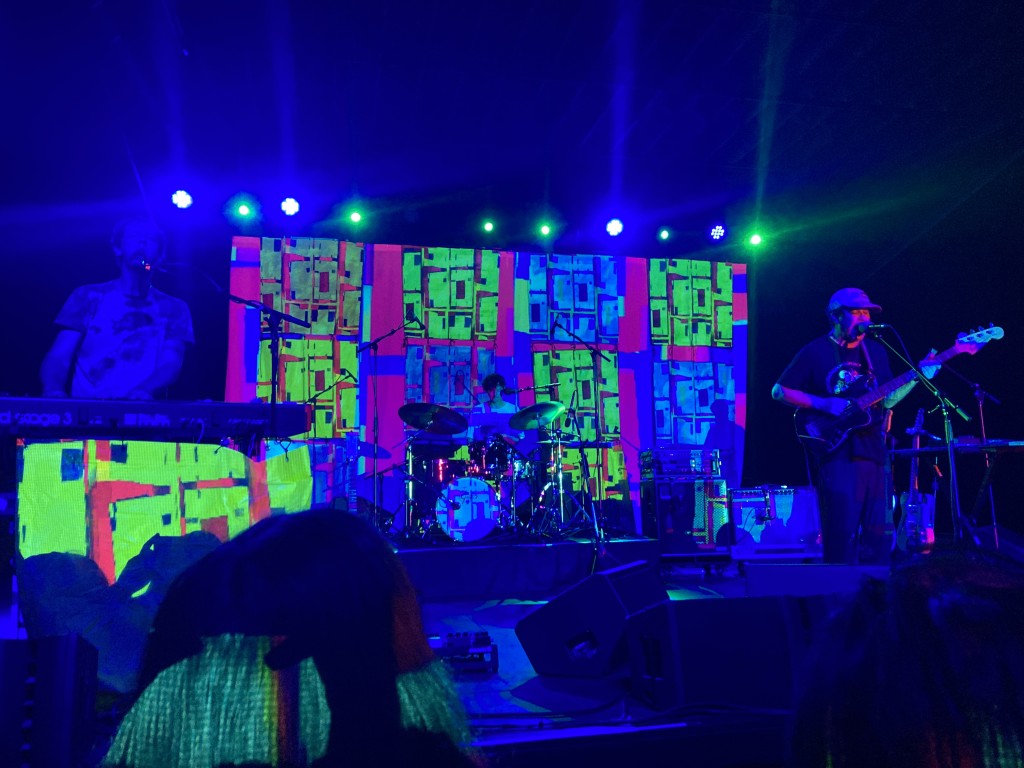 Animal Collective is known for a certain amount of excess, building oddball anthems out of harsh ambient noises that can almost become grating until synthesizers and drums and guitars cast a sunny sheen over the roughness.

It felt intentional, then, the experimental Baltimore quartet would begin their show at The Truman on Thursday night with a stripped-down take on an energetic hit. As if they were preparing the crowd for the two hours of psychedelic and lushly rendered rock music to come, a more laid-back sound honed on the recent Time Skiffs, one of the chillest — and best — albums the now-legendary indie band has ever produced.

Following a swell of digital noise that aptly announced their arrival, Deakin — the stage name of Joshua Dibb, the most infrequent member over the years — began to belt “Wide Eyed” from 2012’s “Centipede HZ.” Unlike the recorded version, a shimmering synth-filled confection, this performance was propelled by menacing guitars that matched Deakin’s low rumble. The track is one of few to feature the multi-instrumentalist as the frontman, typically a job that falls to band leaders Avey Tare (David Portner) or Panda Bear (Noah Lennox). The message on this night was clear: Animal Collective is at its best with every member.

Time Skiffs marks their first record in six years to feature all four boyhood friends and founding members, and that fact was not lost on the fans who eagerly packed around the stage. Chants of “Deak! Deak! Deak!” began early in the night, a guttural response, it seemed, to the blissful sight of seeing everyone up on stage again.

As the opening song devolved into a lively jam session that blossomed into “Chores,” the wonderfully frenetic song from the classic 2007 album Strawberry Jam, the crowd began to move and mosh with the excitement that comes with a long-awaited reunion. 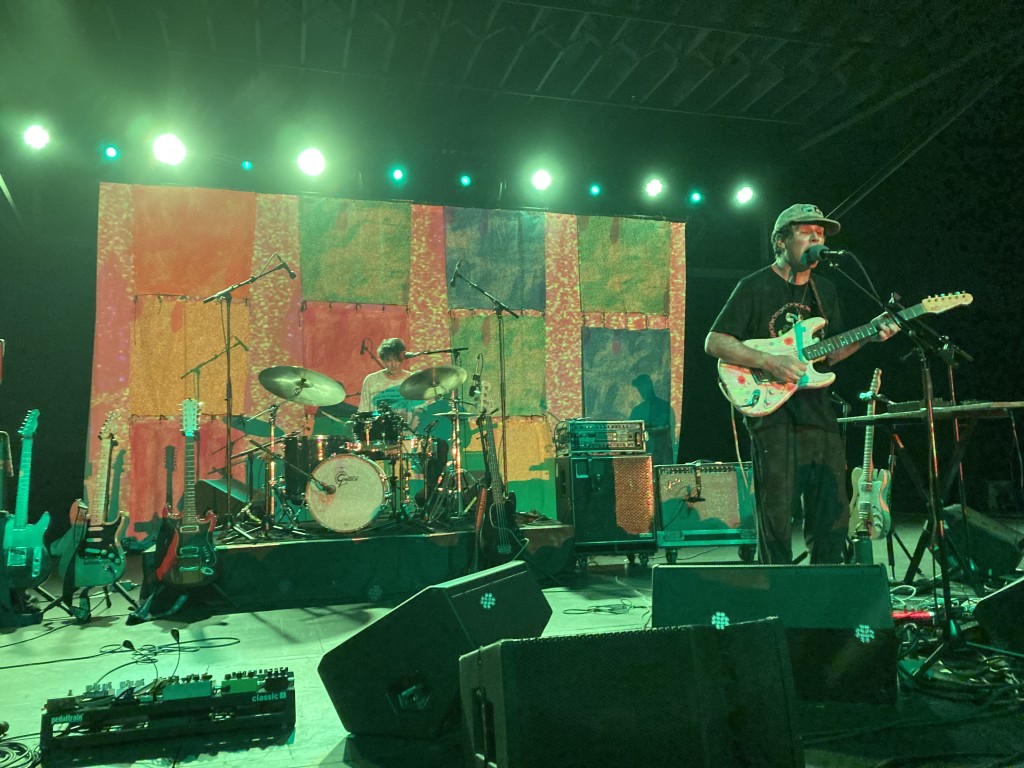 “Kansas City did not disappoint,” Portner told The Pitch over the phone on Friday as he was getting ready for that night’s show at Rose Music Hall in Columbia, Missouri. “We’re constantly blown away by the enthusiasm of the crowds these days.”

Playing in Kansas City for the first time since 2013, Animal Collective put on a rousing, life-affirming show that breezed through a mix of old classics, unreleased tracks and highlights from Time Skiffs that already seem like new standards. Like any good concert, the feeling in the room on Thursday night was one of connection—a shared sensation of energy spreading from the stage to the crowd and back to the stage again. That was very much the intention.

Portner explained during our call the band tries to hold nothing back on stage, feeding off of each other and the crowd. Sometimes, playing a song is akin to “floating in the atmosphere,” he said, like it’s coming from within himself and his connection with others.

A connection like that has become even more vital for Animal Collective and everyone in the wake of the past two years of lockdowns. It doesn’t seem that long ago, Portner said, the bandmates were having to write and record in their own homes. They feel they’re finally emerging with the rest of the world.

“It feels very communal,” Portner said of their recent gigs. “It feels like we’re sharing the energy.” 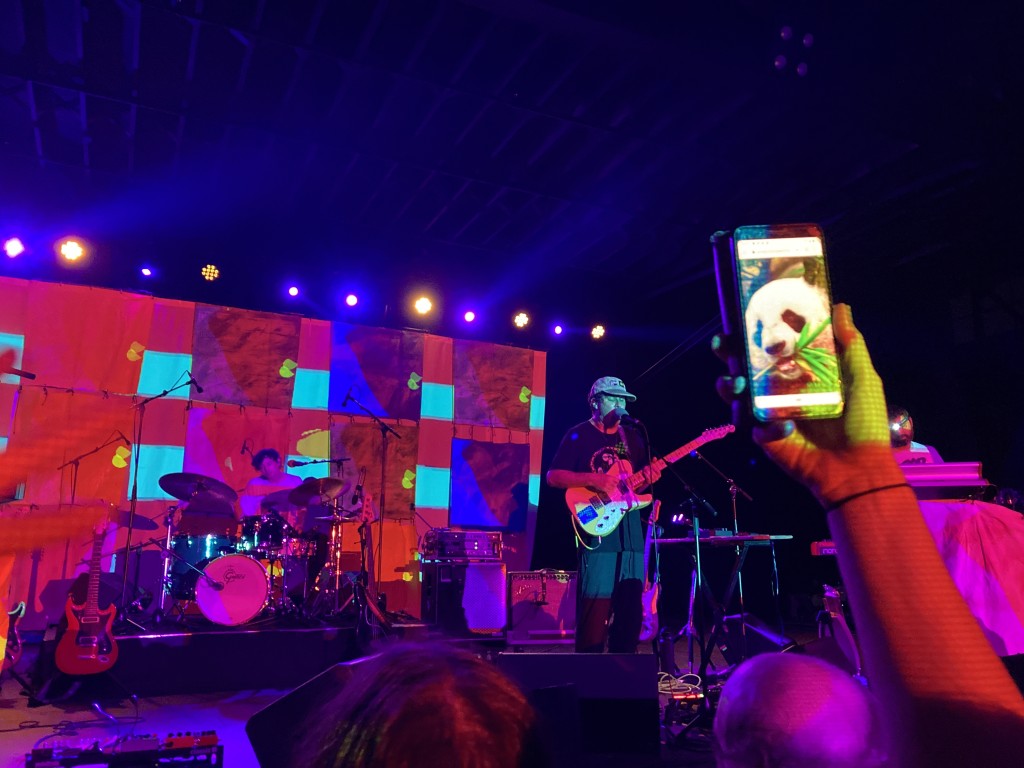 The crowd featured plenty of older fans who knew the group well from their days of ramshackle freakout folk at the dawn of the millennium. But near the stage, there seemed to be even more people in their teens and early 20s, a testament to the band’s enduring appeal and ability to grow with each successive album. Portner, 43, said it was cool to look out and see so many young faces.

For this tour, he was front and center, a guitar in his hands, singing manically underneath a baseball cap. Lennox — also famous for his acclaimed, sample-heavy work as Panda Bear—was back to basics behind the drum kit, doling out smooth, groovy beats while wailing into a microphone. Deakin was on one side, and on the other was fourth member Geologist (Brian Weitz), tinkering with an arsenal of synths. He wore a flashlight around his head, a trademark that looks cool and, with a dizzying array of keys, is also practical.

Weitz at various times throughout the night, also cradled an old-fashioned hurdy-gurdy, using one hand to spin the crank on the side of the stringed instrument, producing an ominous but elegant sound close to a violin.

Perhaps the greatest joy was watching four guys who met as like-minded kids in Baltimore work with an unspoken bond that can only come with playing together for much of your life. There were moments where voices were coming from every direction, overlapping and harmonizing and subsiding, and it could hard to tell who was singing what. Their rich vocals compliment each other as if they were family for a band that has been likened to the Beach Boys with a harder edge.

They eased into a stride with tracks from the new album, starting with “Car Keys,” which possesses the hippie rock vibes of The Doors, and moving on to the infectious “Dragon Slayer” which piles layers of colorful harmonies on top of warm synths reminiscent of an Enya song. The two pieces were performed as one before the album release, and it’s easy to see why; they flow together with an effortless groove, one-half upbeat and the other more contemplative.

An undeniable highlight was “Strung With Everything,” the nearly seven-minute centerpiece of Time Skiffs that like all great Animal Collective songs, starts slow before introducing a formidable wall of sound. It was at first unclear what they were playing, with Portner singing in a falsetto lilt over starry synths, and then there was the explosion. Gorgeous sitar sounds and piano chords swirled in service of a melody so bright it was destined to stay in your head.

There’s a moment toward the end of the song when everything goes quiet, and it seems it’s over, but the band abruptly comes in for a screaming, rock-and-roll close.

“And even though all hearts are strange,” Portner yowled into the mic. “We’re all strung to everything.”

It’s a beautiful sentiment, found in many of the band’s songs, that everyone and everything is connected, even when the world tries to pull us apart.

When the song finished and the crowd erupted into rapturous applause, Portner offered some of his only unplanned comments of the night.

“I feel the energy,” he said with a beaming smile, shaking his fists at his sides. 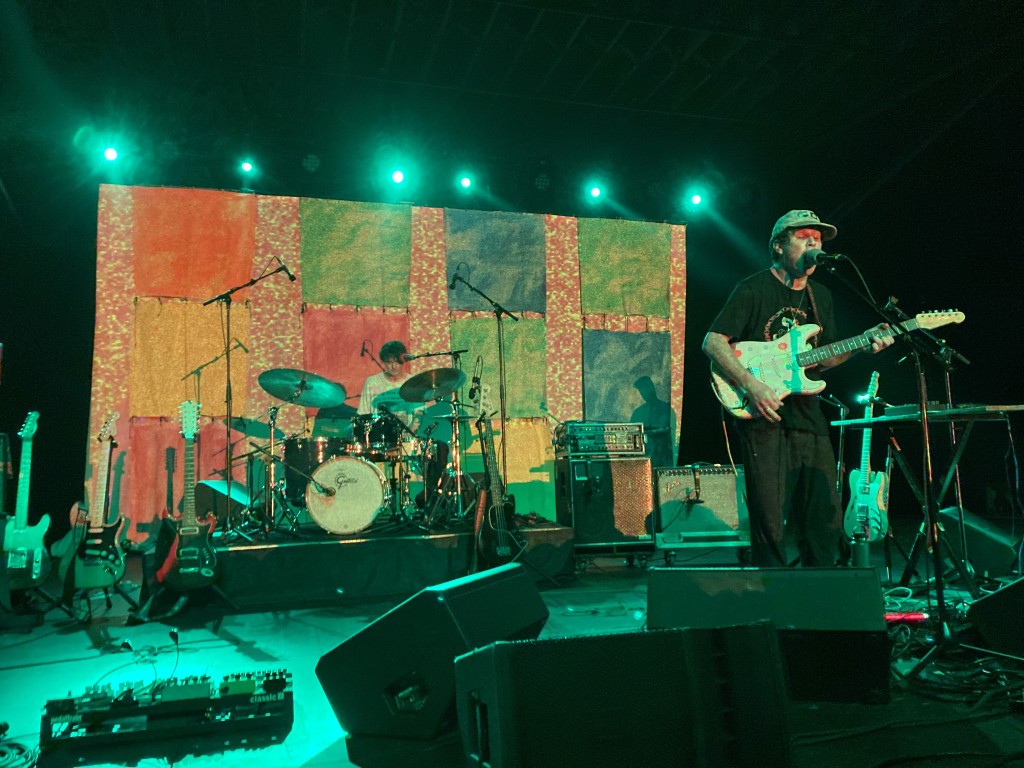 ‘It feels like it did when we were writing it’

It should be noted the opening act, Spirit of the Beehive, nicely set the tone for the evening, with songs that — though less experimental than those of the main act — were pleasurable bops seemingly influenced by everything from head-banging hard rock to the airy beats of Drake.

After they finished their set, a gaggle of people started finding their spot in the moments before the boys from Baltimore took the stage.

I overheard one of them, a guy in a lime green tank-top who had tried to bone up on the band beforehand.

“It doesn’t rhyme,” he said matter-of-factly about the lyrics. “I couldn’t learn this in a week.”

If you were someone who walked into The Truman on Thursday night because a friend had suggested it, you might have been surprised by some of the band’s hallmarks — the wild energy, squeezing too many lyrics into songs, indulging in extended intros and outros. But what was pleasantly refreshing was it seemed most people in the crowd, whether an old fan or a new convert, were along for the ride. And what a ride it was.

Many hit songs were absent, many of them from their landmark 2009 album Merriweather Post Pavillion, a release that shot them to new levels of indie stardom and cursed them with having made something so good everything else would be compared to it. They skipped dancefloor-ready tracks like “Brother Sport” and “My Girls,” which played on a loop in my car during high school.

It was best not to be too picky, though, since Animal Collective has always been a band that thrives when subverting expectations, exemplified by their recent output. They know what’s best. 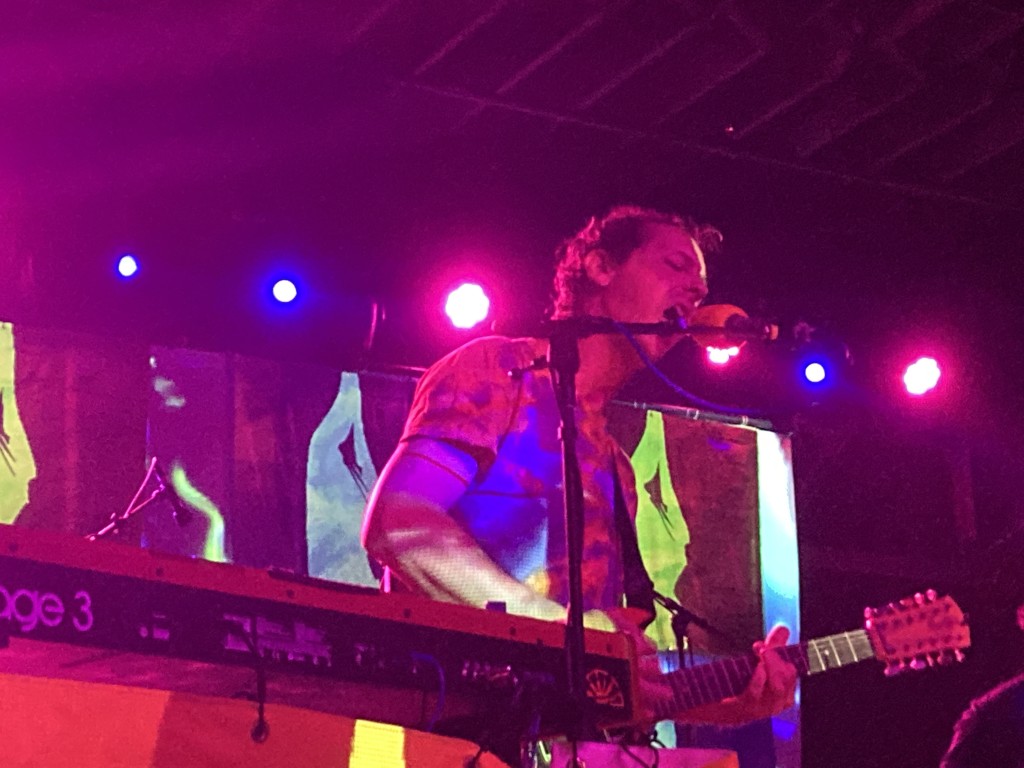 The final song they played on Thursday was “The Purple Bottle,” a rollicking deep cut from 2005’s Feels that was a nod to the band’s oldest fans.

The 40-somethings on stage crackled with the same kind of childlike energy that made them stars in the first place.

“In some ways, it feels like it did when we were writing it,” Portner said over the phone. “The energy that comes up kind of feels the same.”

Photos: The Shins celebrate 21 years of Oh, Inverted World at the Midland