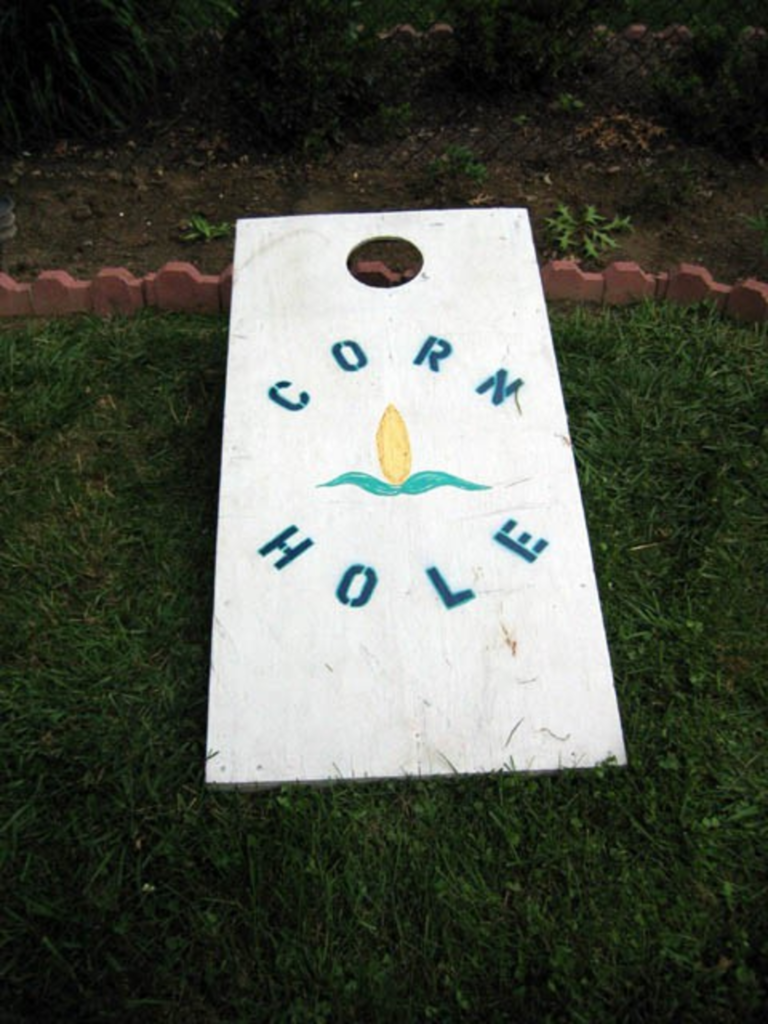 The Chiefs have won two straight games (one more and it’s a streak!), and although they weren’t against the NFL’s premier opposition, it’s pretty impressive given the way the season began. Even if it’s unfortunate for the “Suck for Luck” faction of Chiefs fans. So NFL.com asked the team what’s behind Kansas City’s turnaround. The team credited … cornhole.

For the uninitiated, cornhole is a yard game with two wooden ramps, each with a hole cut out, and teams of two players each attempt to toss beanbags through the hole, to land on the ramp or knock the opposition’s bags off the ramp. My Ohio-bred brother-in-law introduced my family to the game a couple of years ago. Although I admit to lacking coordination, it’s not as easy it sounds or looks. But it’s pretty freaking entertaining. Especially with beer.

The NFL reports that coach Todd Haley got the club hooked on playing the game in the locker room, and it has helped players gel. It sounds like an odd thing for a team of burly football players to bond over. But it sure beats getting the team to play dangerous army-ranger games together. That can end badly. It’s fine if Haley and his players want to credit a backyard party game for getting their season back on track, but they’ve been playing since just after week two, and lost in week three. They haven’t lost since the Haley-Matt Cassel sideline dust-up in week four. It’s clear. Screaming fixes everything.