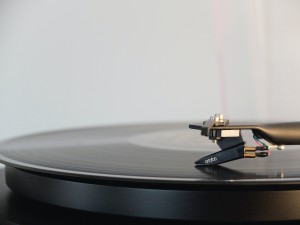 Kansas Citians took home some hardware at the 63rd annual Grammy Awards last night. These winners and nominees had a variety of roles in the awards roster including producing, singing, playing saxophone, and more.

Frost won the music industry’s highest honor for his role in seven recordings including the Kansas City Symphony’s “Holst: The Planets; The Perfect Fool.”

The symphony released their latest CD in November on Referenced Recordings called “Jonathan Leshnoff: Symphony No. 3 and Piano Concerto.”

“Thanks to that triumvirate: the Kansas City Symphony, Reference Records, and David Frost the recordings that we made are very special,” says music director Michael Stern to 91.9 Classical KC.

David Morgans Sanchez, who was born and raised in Kansas City, made his debut at the Metropolitan Opera in their production of “Porgy and Bess.” He appears on the grammy-winning opera recording in the chorus and as a featured soloist.

Justus West, a musician and producer from Overland Park, shares writing and producing credit on the track “Always”.

He has previously worked with a range of musicians including Mac Miller and John Mayer.

Kansas Citians who were nominated but did not win this year:

DiDonato, a mezzo-soprano, grew up in Prairie Village and earned a nomination for “Handel: Agrippina. She has won three grammy’s and has been nominated for nine.

The recording “Kastalsky: Requiem” featured the KCC and was also up for Producer of the Year, Classical, for Blanton Alspaugh. It was conducted by artistic director Charles Bruffy.

“Well, we didn’t win our third Grammy award but just being nominated is such an honor for us,” wrote executive director Don Loncasty in an email.

The jazz guitarist and composer from Lee’s Summit has taken home 20 Grammys out of 37 nominations. This year he was recognized for his arrangement on the recording “From This Place”.

Richardson, an alto saxophonist, bandleader, composer, and producer maintains a home in Kansas City. He played on the recording “Happening: Live at the Village Vanguard”.

“Kansas City has a really beautiful beat that only exists in that town,” Richardson says. “Not even the Midwest, but specially in Kansas City.”