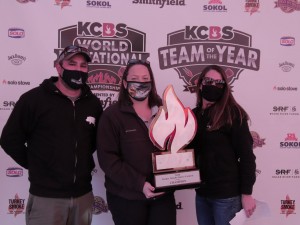 The second year of the Turkey Smoke Series will give thousands of dollars in prize money to the best pitmasters in the U.S.

This series of competitions, powered by the Kansas City Barbeque Society and the National Turkey Federation, encourages professional and amateur pitmasters to showcase their versatility and creativity in using turkey on the smoker or grill.

“Turkey Smoke is a natural fit in competition barbeque, and we’ve seen real momentum growing around the category,” says Beth Breeding, Vice President of Communications and Marketing for the National Turkey Federation. “We are delighted to continue this partnership between KCBS and America’s turkey industry to present the Turkey Smoke Series.”

This unique barbecue category will be integrated into 17 competitions across the U.S. including the American Royal World Series of Barbecue in Kansas City, KS, and Smoke in the Spring in Osage City, KS. 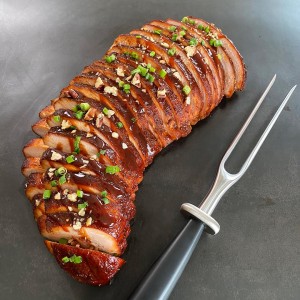 “Contest organizers enjoyed the support from the National Turkey Federation and turkey producers to provide additional opportunities for engagement at their contests,” Emily Detwiler, Chief Executive Officer of the KCBS, says of the first Turkey Smoke Series. “KCBS Certified Barbeque Judges had a great time judging entries that ranged from traditional barbequed meat to creative dishes with complementary ingredients that accentuated the turkey’s flavor.”

Winning recipes will be featured across KCBS and NTF digital platforms meaning more smoked turkeys may be featured this Thanksgiving. For a full list of competition dates and rules visit the KCBS website.