Kansans: Your next governor is praying to end health-care reform 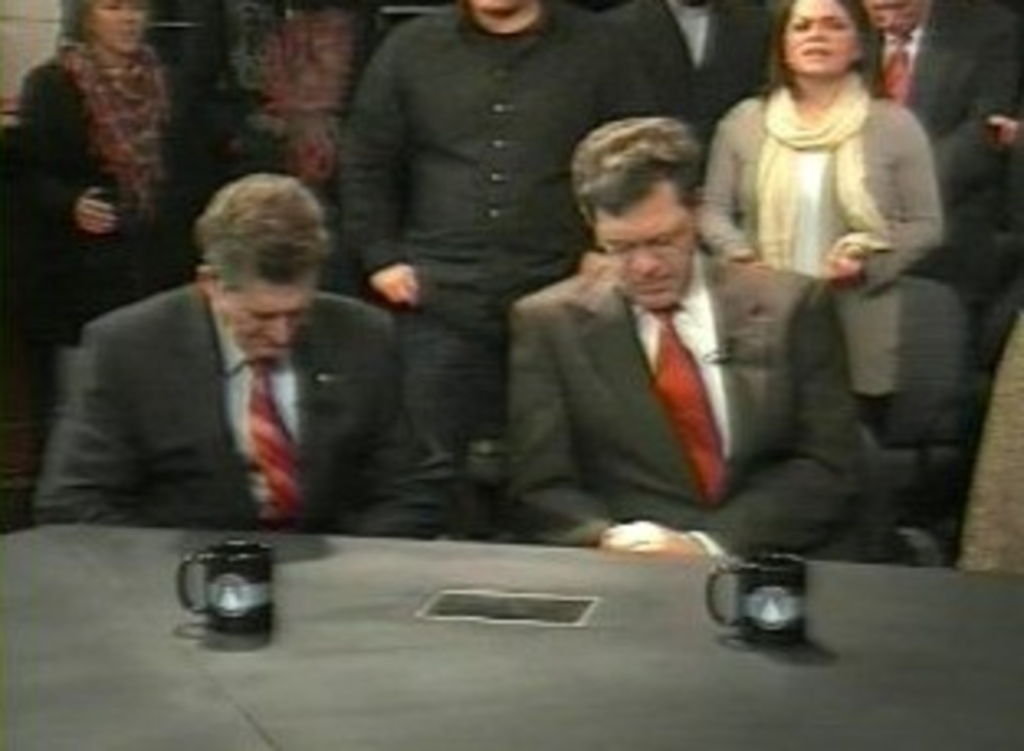 Even as pornstached Lou Engle

called on the people in the room to stand and pray, Brownback clung to

his seat like someone was going to steal it. (Sam, just call “quack,

Brownback’s role in all of this was to talk about abortion, because it’s all about the babies.

The “tragedy” is that Brownback would align himself with Lou “sexual insanity” Engle, who has encouraged Christian martyrdom, and a preacher named Harry Jackson, who claims gays are satanic. Check out the Rachel Maddow video for a quick briefing on them.

Brownback and Sen. Jim DeMint made it clear that they don’t want the government running health care. You know, like the care they get as senators.

Visit msnbc.com for breaking news, world news, and news about the economy