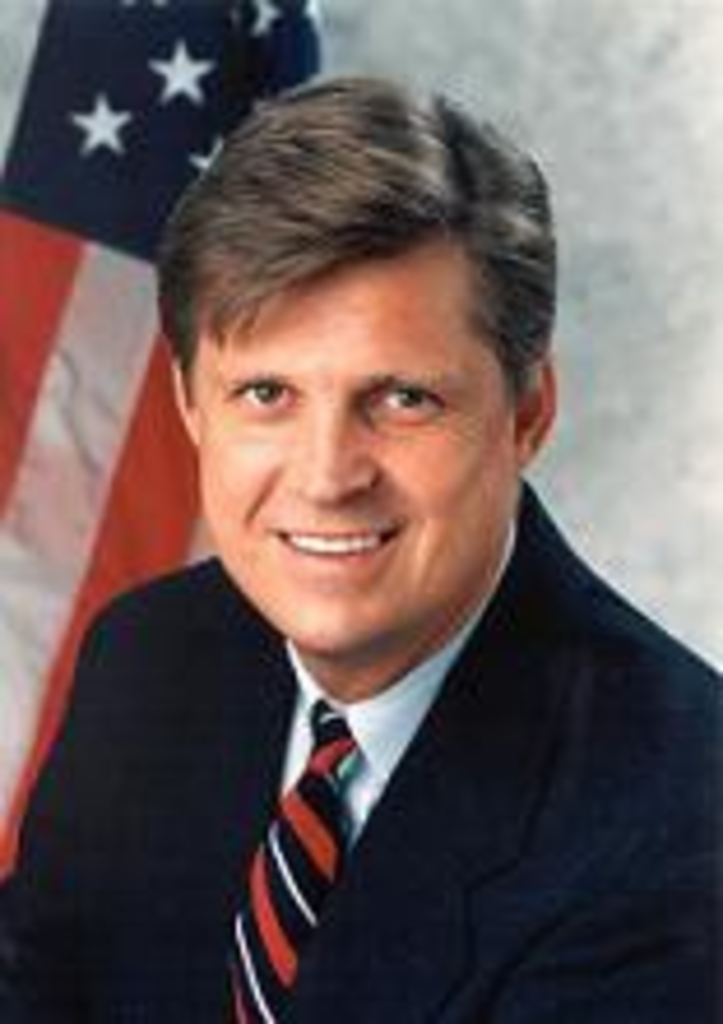 We don’t think Rep. Todd Tiahrt, who represents Kansas’ 4th Congressional District (a south-easternish chunk of the state that includes Wichita), got quite enough recognition over the past week.

Of course, we noted on Monday the Congressman’s gasp-inducing speech on the floor of the U.S. House, where, arguing against federal funding for abortion, he suggested that the president’s and Supreme Court Justice Clarence Thomas’ mothers might have aborted them had such funds been available when they were pregnant.

And sure, MSNBC’s The Rachel Maddow Show followed up on Monday night with a nearly 8-minute segment devoted not only to Tiahrt’s little game of What If, but also to his freaky indoctrination into the weird and secretive C Street Compound that’s currently an obsession of Washington reporters thanks to all the alleged Republican philanderers who pray together there.

Author Jeff Sharlet (The Family: The Secret Fundamentalism at the Heart of American Power), who spent some time with Tiahrt (and Sen. Sam Brownback), told Maddow that he sat in on “a spiritual counseling session” in which Tiahrt “was very concerned with the number of babies Muslims are having. He said Americans are killing too many of their babies while Muslims are having too many, and we need to have more babies and outlaw abortion so we can win the race with the Muslim.”

The good stuff starts around 3:45:

Sharlet says that even though Tiahrt clearly “isn’t ready for prime time,” he’s being groomed for a senate seat.

Entertainingly, the Kansas Democratic Party is now circulating a petition demanding that Tiahrt apologize to the president for his remarks about Obama’s mother. Good luck with that, guys.

All this stuff was too good to miss, so here it is again in case you did. We just didn’t think we should let the week end without celebrating Tiahrt’s above-and-beyond contributions to the nation’s civic life.