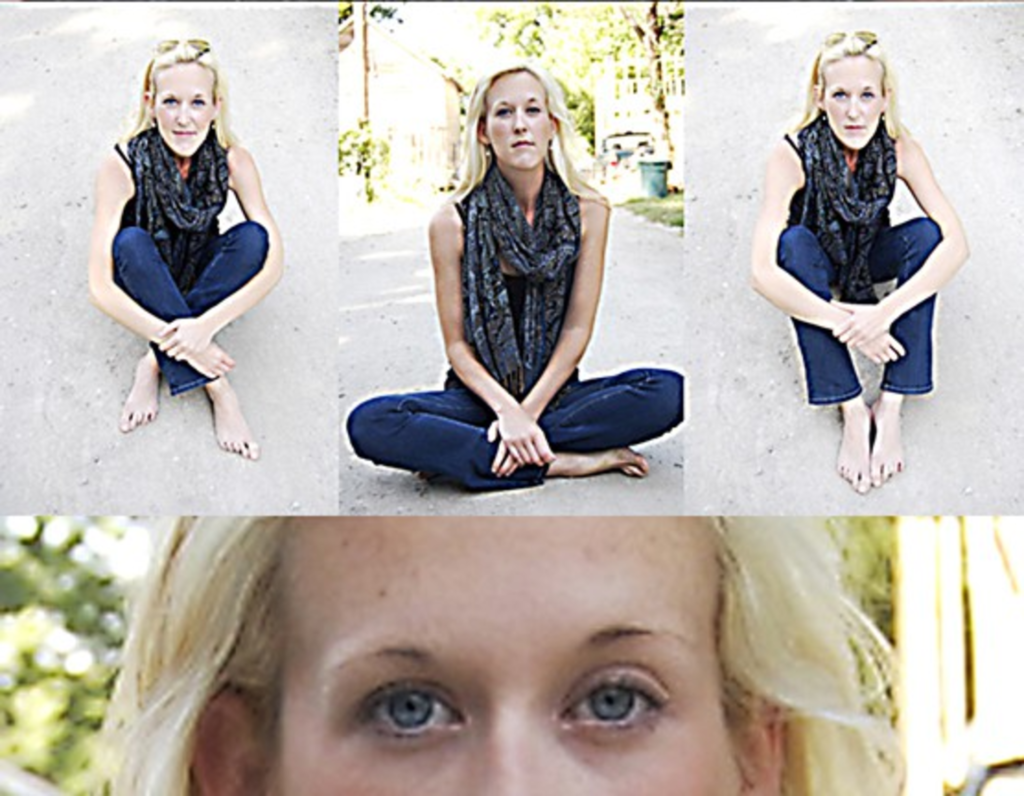 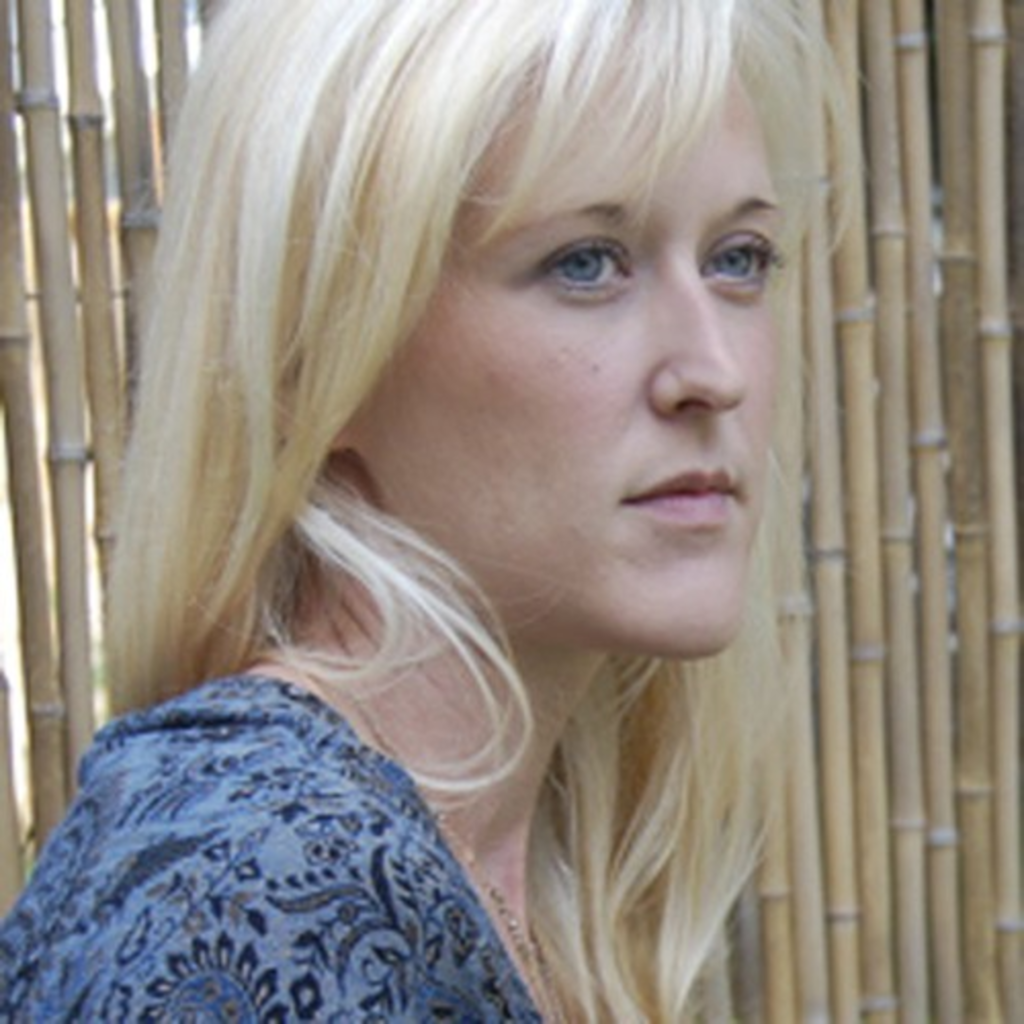 “I used to write wine lists, too. I can help you,” the singer-songwriter volunteers. Her voice — in person and on her recent release, There, Beneath the Sky — is as light as the golden chardonnay she chooses.

“I was for my job,” Peterson says. (She’s referring to her part-time gig in hospitality for Pipeline Productions, where she ushers touring musicians around — say, Ryan Adams — and buys them, uh, milkshakes.) “But now, since I moved to the city and my budget is a little tighter, it’s hard to be a wino anymore.”

In April, Peterson transplanted herself from Lawrence to Kansas City. “I lived in Lawrence for 13 years,” she says. Most of that time was spent serenading Lawrence crowds with her songs and her guitar. “I’m a small-town person,” she says. “I had anxiety trying to park my car five minutes ago. This hustle and bustle of shaking hands and finding out who’s who — it’s hard.”

Peterson is learning to be a city girl, even as her sound remains grounded in dirt roads and open expanses of sky. “My vein of music is this Americana, girl-country, tear-in-your-beer, sad-bastard crap,” she says. Her explanation is matter-of-fact, but her music taps into more emotions than she lets on: rage, joy, aching sadness.

With a sound that suggests comparisons with a less-faded Lucinda Williams or a more rustic Aimee Mann, Peterson deserves to be heard. And with a brand-new release — her first in five years — she will be. She says she owes it to her boyfriend, Damon Sheets. “Basically, if it wasn’t for my boyfriend-slash-drummer-slash-producer-slash-recording engineer, I wouldn’t have a band,” Peterson says.

Sheets, she says, pushed her into 21st-century recording. (The couple set up a studio in their basement.) She refined her songwriting habits, too, at least a little. The process used to be, she says, “Get a bottle of whiskey and a pack of cigarettes, and sit in my kitchen all night long and wait for the phone to ring.”

“I got my guitar when I was 19 and wrote a song the first day I had it, with the two chords I knew,” Peterson says. “All the kids used to say I sounded like Jewel. Every time we’d be at a party in their house — you know, 21-year-old, crazy, raucous party — they’d be like, ‘Julia! Play a song!’ And they’d turn off the music and make me sit on the couch and play Jewel.” She laughs. “I was like, ‘None of you are going to get laid now because I just did that.'”

Growing pains yielded some moments that make Peterson cringe now. There was, for instance, the acoustic record that she put together in her early 20s, which today she can’t stand to hear (too unsophisticated). But her talent found its way forward with What You Came For, a 2005 release recorded with her band, the Breaks. It enjoyed local success, but Peterson was unsure how to harness it. “What am I supposed to do?” Peterson says. “Who am I supposed to send this to? It sounds really naïve, but I never thought about it.”

Before long, her seven-piece band started to unravel, too. “People started having kids and getting married and breaking up and breaking down,” she says. “One day, I looked around, and everyone was gone. Isn’t that sad? Being in a band is a pretty intimate relationship, and I really felt like I’d been dumped. Six times over.”

Peterson continued to work alone. But even though she was writing songs, her drive to perform wasn’t the same. “When you’re just a solo artist, you can not pick up your guitar for four days if you don’t want to and practice your set an hour before you go on, because there aren’t other people depending on you,” she says and laughs. “I got a little lazy with it. I admit that.”

A new city, a new band — that’s how Peterson thought of it. The Good Deed is made up of musicians who’ve been performing for 10 years. They’re lifers, she says, and so is she. “I experienced my growth as an adult with a guitar in my hand,” she says.

“I still write about the same tired subject, though,” she continues. “It’s pretty much love: loss of love, gain of love, reaction to dealing with love.”

And there’s that other constant in Peterson’s songs of heartbreak: whiskey.

It’s more than Peterson’s liquor of choice. Whiskey, she says, is “part of my whole one-of-the-guys, tough-guy exterior: ‘I can smoke more than you, I can drink more than you, I can spit on the floor, I can play the guitar.’ It just comes out.” Hearing these words issued from Peterson’s willowy, ethereal form presents an arresting dichotomy. But Peterson trusts her intuition.

“The more you think about it, the more that you’re going to stifle yourself,” she says. “To be sincere and honest, you have to go with what comes out. And if it’s whiskey, it’s whiskey.”