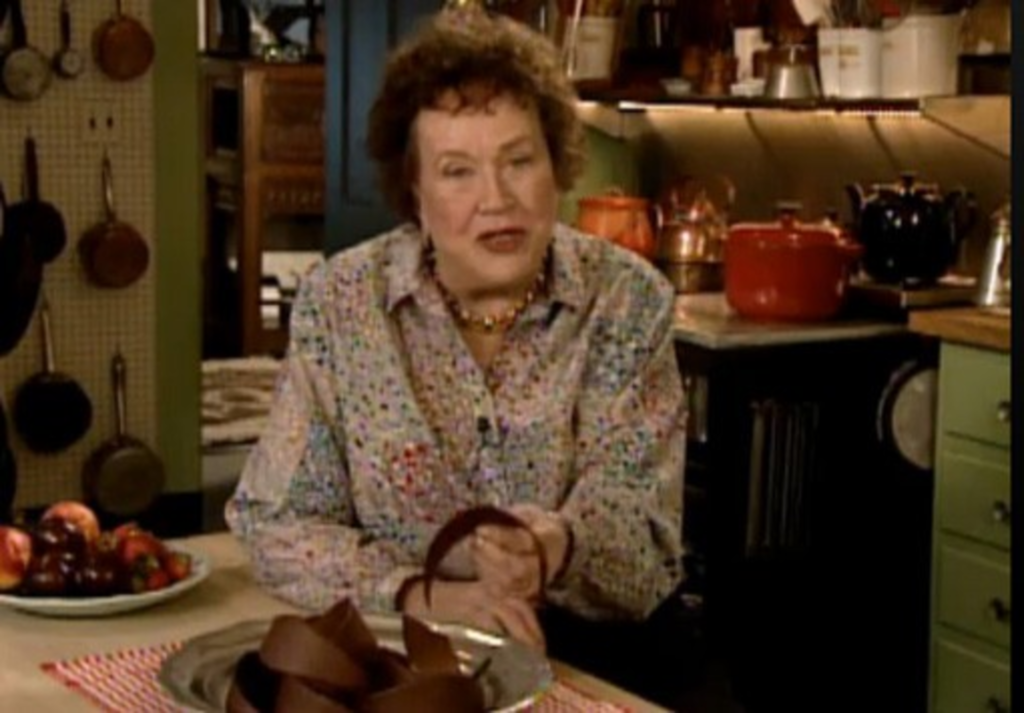 Has it really been five years since Julia Child’s death? Her cookbooks continue to connect us to her but they only a capture a piece of her genius. For a more complete picture, we need the Julia Child of television. Her show The French Chef was an inspiration for dozens of Food Network personalities.

Unfortunately it isn’t online (yet!) but one of her other television series is — Cooking with Master Chefs, the 1994 show that helped shine the spotlight on 16 chefs including Lidia Bastianich and Emeril Lagasse. Nine full episodes from that series are available on the PBS Web site. I’ve only watched the Lagasse one (he’s young and doesn’t quite know how to behave on camera yet) and parts of the Charlie Palmer one (Tom Selleck has nothing on Palmer’s mustache and I need to get a professional meat pounder). Both are well-worth watching.

If you want even more of Julia wait until late summer.