Joyce Jablonski doesn’t just repeat herself with her mantralike Elements 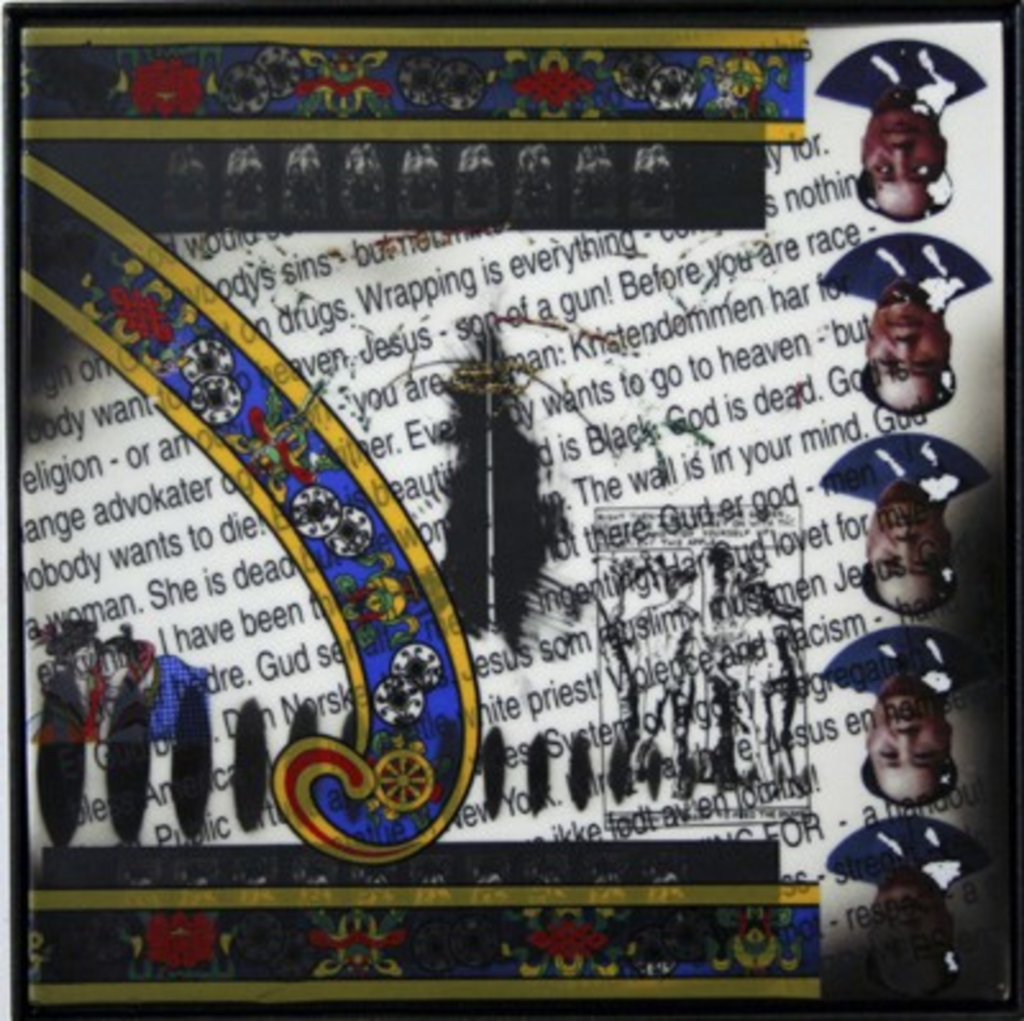 Norway and China may seem like peculiar bedfellows, but ceramic artist Joyce Jablonski combines her factory experiences in both countries to create imagery that transcends its hybrid origins. A ceramics professor at the University of Central Missouri in Warrensburg, Jablonski has concentrated in the past on raw-looking work with a matte finish. In installations and multiples, her oeuvre has typically been neither vessel-based nor functional. This slick new body of work pulls further away from clay as material. Instead, clay here becomes a neutral base for Jablonski’s examinations of visual imagery, popular culture and design.

These pieces herald repetition as a thematic gesture — another hallmark of her installations. Jablonski’s pastiches suggest the power of images, words and musical phrases as mantras. Though she has turned toward the spiritual in her past work, this less earthy new exhibition shares, if not a meditative calm, the workmanlike rhythm of the previous art.

Each panel constitutes a singular visual experience in which Jablonski appropriates images, gesture, design and text in a variety of languages. The combination of visual cues leads the viewer not to any specific place but rather to a sensibility. In “Element #8,” text, decorative embellishments that look like borders from other designs, black oblong shapes, and a vertical row of upside-down Mao Zedong heads merge to suggest Andy Warhol’s repeated images of Mao (as almost any Mao image will do). Throughout this tile, the decals overlap one another and provide depth and translucency.

The series Elements finds its unifying element in decals. Having learned the technique in Norway and China, Jablonski deploys commercial and handmade decals to full and satisfying advantage. Every piece, despite its small size (about 12 inches square), includes a wealth of information without seeming crowded or overworked. In some, Jablonski focuses only on the surface, creating a dense scrim of images that seems to sit on top of the tile. Elsewhere, the foreground, middle and background command equal attention. In “Element #10,” the images are almost completely obliterated by what looks like black spray paint. Jablonski’s dedication to visual stimulation and difference (within a unified body) keeps these pieces — which could have been boringly alike — discrete and significant.

A few diptychs in the exhibition broaden her approach. In “Element 28” and “Element 29,” the design is contiguous across two panels. Beautiful Chinese script and ink stamps, design decals that hint at Anglo-Saxon jewelry, and swirls created by stencil form a dense field of codes and symbols. As in the rest of the works, the colors are clear, intense and saturated.

Oddly, the two three-dimensional objects on display — silk-covered boxes titled “Kama Sutra” — dilute the exhibition’s cohesive strength. Each contains lovingly nestled porcelain objects painted with images of people in flagrante. Whatever their context — ovaries, Jablonski hints, though they look like something closer to a sex toy — they’re a distraction in this otherwise tightly conceived exhibition.