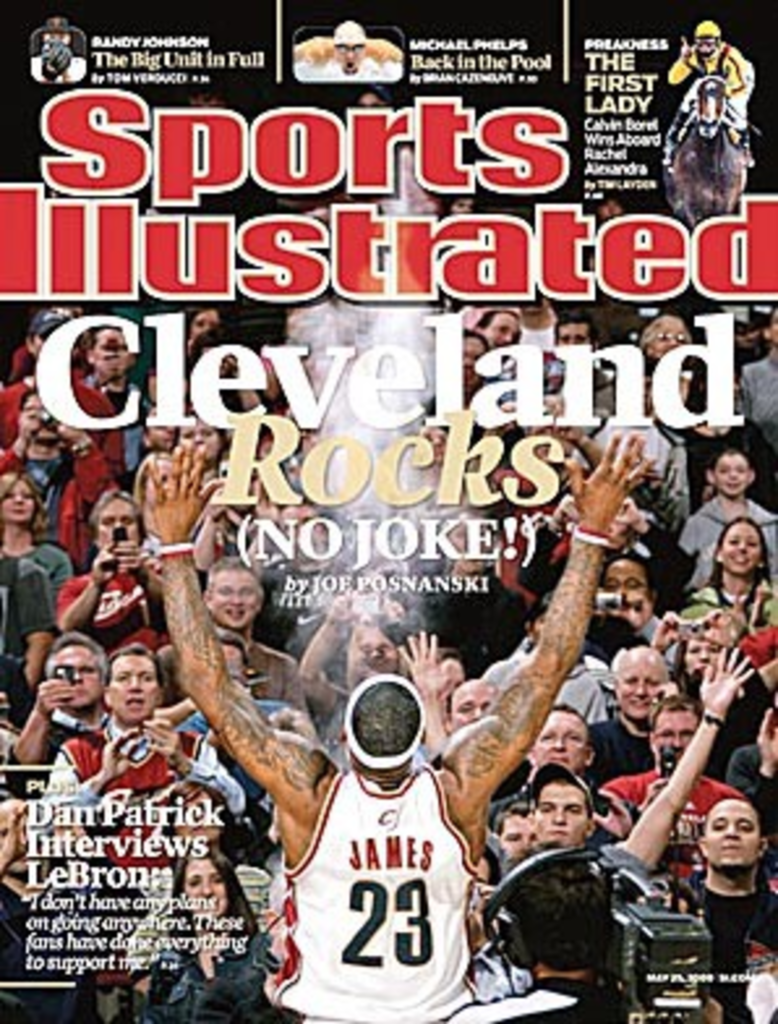 Joe Posnanski damn near ruined the NBA Finals — at least the championship game NBA Commissioner David Stern fantasizes about — LeBron vs. Kobe — when he rubs one out. The finals that Nike assumes you want to see.

JoPo may have doomed his hometown Cleveland Cavaliers and King James by writing a cover story in the cursed Sports Illustrated. The Orlando Magic led the Cavs three games to one going into last night’s win or go home game five.

Just a few days before game five — and after getting flooded with hate mail — JoPo defended himself, pointing out SI features he’d written that didn’t faze David Glass’ golden goose Zack Greinke and jacked-up or St. Louis slugger Albert Pujols. Despite saying he was taking his share of the blame, JoPo praised the Magic’s three-ball shooting, pointed out the Cavs’ obviously lack of a sidekick

Last night, JoPo lucked out; James and the Cavs beat the Magic and forced a game six. They’re still on the brink of elimination, but the Cavs will play another game Saturday night, and JoPo can still show his face in Cleveland … for now.