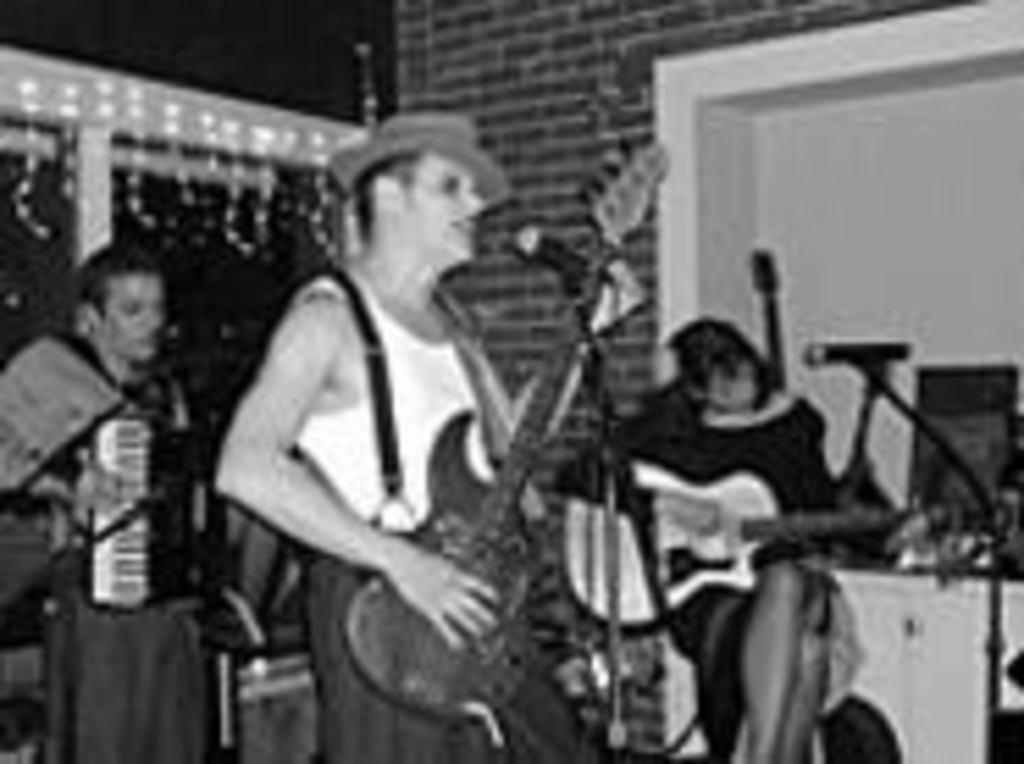 History repeats itself, and Alacartoona, a modern cabaret act, is proof. “Post-wartime, people begin to question social mores and cultural norms, and that reaction manifests itself through art and music,” explains lead singer Ruby Falls. “That’s what we seek to do … test the limits and find out what’s making you uncomfortable, what’s making you think, when you’re having fun.” For us, the fun takes precedence. We’re encouraged by the fact that the troupe promises “bawdy singalongs, sexy romps and tragic torch songs” — along with artful flashes of thigh. PotPie sous chef Ryan Reynolds says of one recent performance at his restaurant, “It was one of the best shows we’ve had.” He says Alacartoona got a great reaction from the diverse crowd. We imagine lipsticked vixens in garter belts, provoked by the mischievous antics onstage, flirting with middle-aged actuaries who showed up only for the homemade peach cobbler.

Quality Hill Playhouse’s New Voices seems to fall somewhere between a college choir concert and Carnegie Hall. The show spotlights a dozen University of Missouri-Kansas City Conservatory of Music students, and Quality Hill’s J. Kent Barnhart hosts and plays piano. “They’re really interested in musical theater,” Barnhart says of his charges. On the set list, fittingly, are numbers from newer musicals such as Hairspray and The Full Monty. The shows (at 303 West 10th Street) begin at 8 p.m. and cost $15 for adults and $10 for students and seniors. Call 816-421-1700.
— Steve Walker

As entertaining as it might be, The BFG isn’t about Badass Fearful Gangstas. The acronym stands for Big Friendly Giant, the affable colossus who delivers dreams to children by blowing through their windows. In this children’s story by Roald Dahl, the BFG is a runt among the behemoths ruling the land, and if that doesn’t set him apart enough, the big lug has an equally big heart — as opposed to the other giants, who dine on “human beans.” Using puppets of all sizes as well as human characters, the Coterie Theater’s production starts with a 10 a.m. performance Tuesday at Crown Center (2450 Grand). For tickets, call 816-474-6552.— Michael Vennard