Joe’s Pizza Buy the Slice serves up its last pie 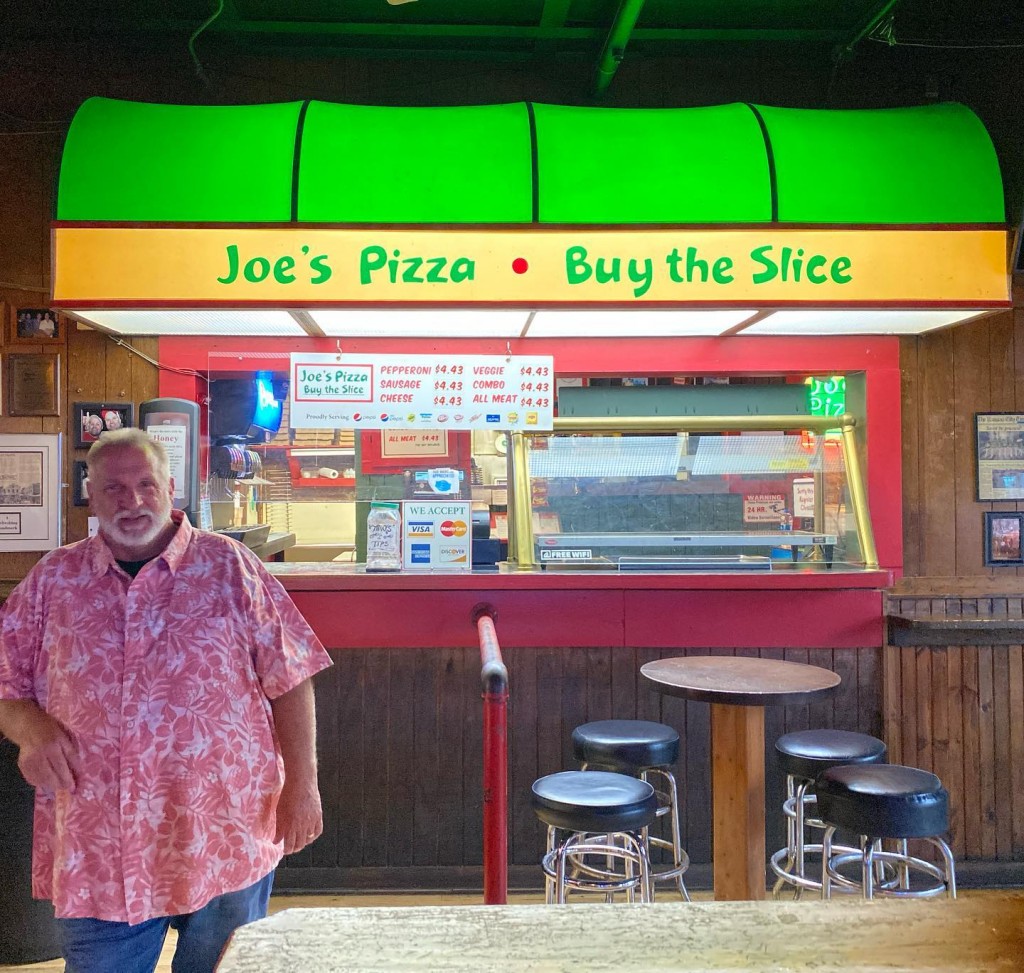 Joe Addington stands next to his shop inside Kelly’s Westport Inn. The business announced its closure after 24 years, Nov. 1.

After 24 years of making some of the most delicious, perfectly absorbent drunk food in all of Westport out of a little enclave nestled in the far reaches of Kelly’s Westport Inn, Joe’s Pizza Buy the Slice is closing its doors as its namesake, Joe Addington, hangs up the apron for one last time.

Joe’s first opened in 1997, and soon became a gateway for the uninitiated Westport binge drinkers and late-night tourists who had, somehow, never heard of putting honey on pizza.

A Nov. 1 announcement informed Kansas City that, after serving the boisterous Halloween crowd, the business would close its doors permanently, as Addington looks to shelve his 50-plus years of experience in the local restaurant industry in favor of spending more time with his five grandchildren.

Addington, a man of the people, could be seen outside his door jovially mingling with customers the night the Chiefs won the Super Bowl. A diehard fan of all things Kansas City, Addington holds Chiefs season tickets, and frequently partnered with local charities.

“The past 24 years left me with many memories and stories. Celebrities, pro athletes, and musicians have been in,” Addington says. “But I remember one late Friday night I was in the kitchen, an employee at Kelly’s passed through to go to the basement to change the kegs. He stopped and looked at me. I looked up and said, ‘I cook, and run the register, train, evaluate, and motivate a staff of 14 co-workers. I am the manager, the owner, and, yes, I wash dishes.'”

Kelly’s Westport Inn has noted that they will reveal the new tenant of the space, which technically exists within and shares a basement space with the historic Irish pub, sometime in the coming weeks.

Joe’s closes its illustrious career with some impressive stats, including an average rating of 4.3/5 stars out of 549 reviews on Google.