Joelle Zbacnik at the Jackpot 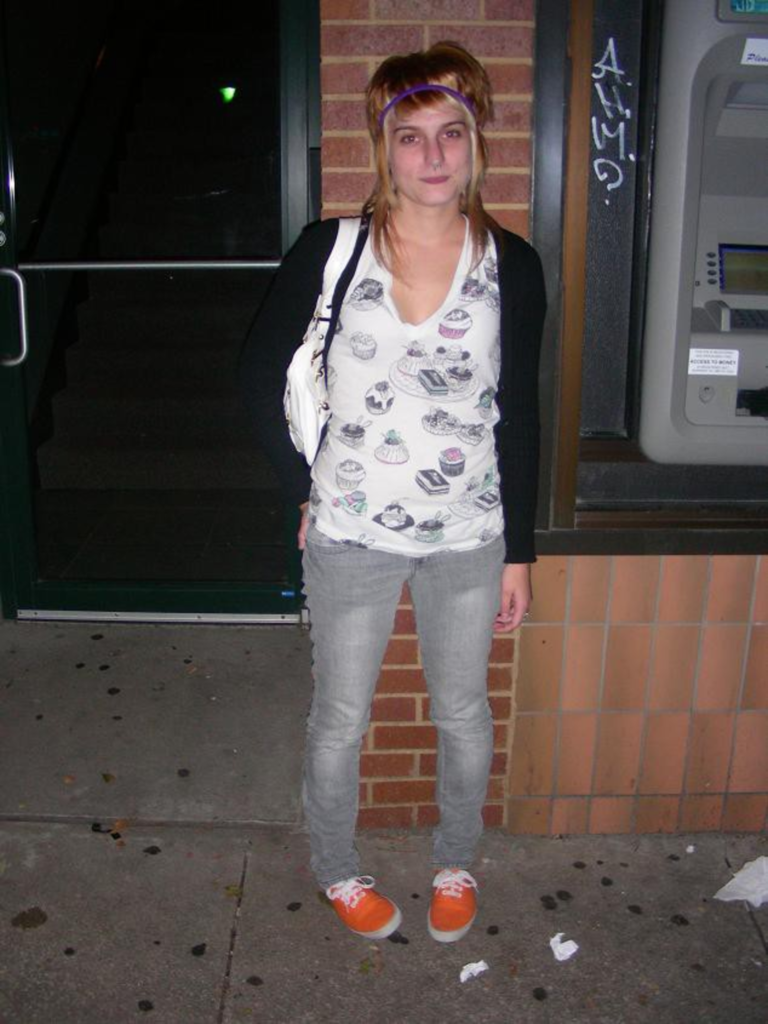 In a room full of hipsters, my eye was drawn to Joelle Zbacnik because of her hair — a Euro-style mullet adorned with a skinny purple headband worn right across her bangs. Her friend gave her the ‘do. “It was long and I cut it off. And these are actually extensions,” the Zbacnik said, pulling on a braid. “We were gonna go rattail, and then we decided mullet instead.” 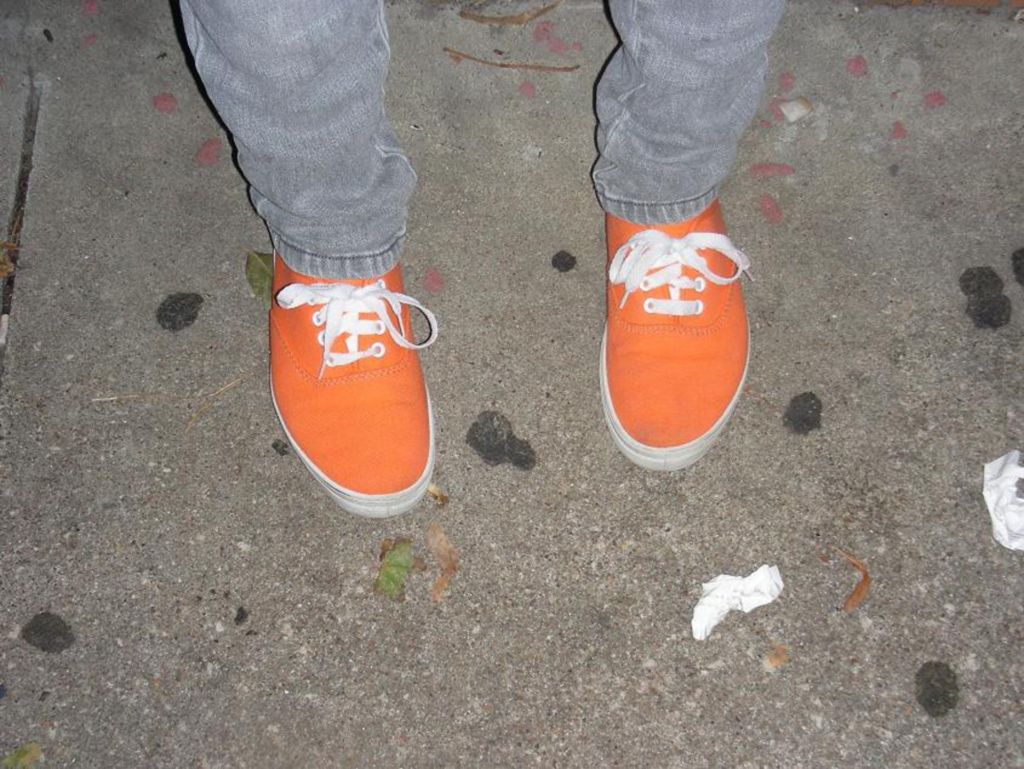 With her skinny purple headband and her skinny jeans, Zbacnik’s look is very hipster trendy. And it’s no wonder — the 23-year-old works at Urban Outfitters in Lawrence. “I have a sweet discount,” she said. So that’s where she gets most of her clothes, like her cute cupcake top. But every once in a while, she snags a deal somewhere unexpected. Those bright orange tennis shoes lighting up her feet came from Wal-Mart. And they only cost $5.