The Last Drive-In host will screen the movie at Panic Fest. 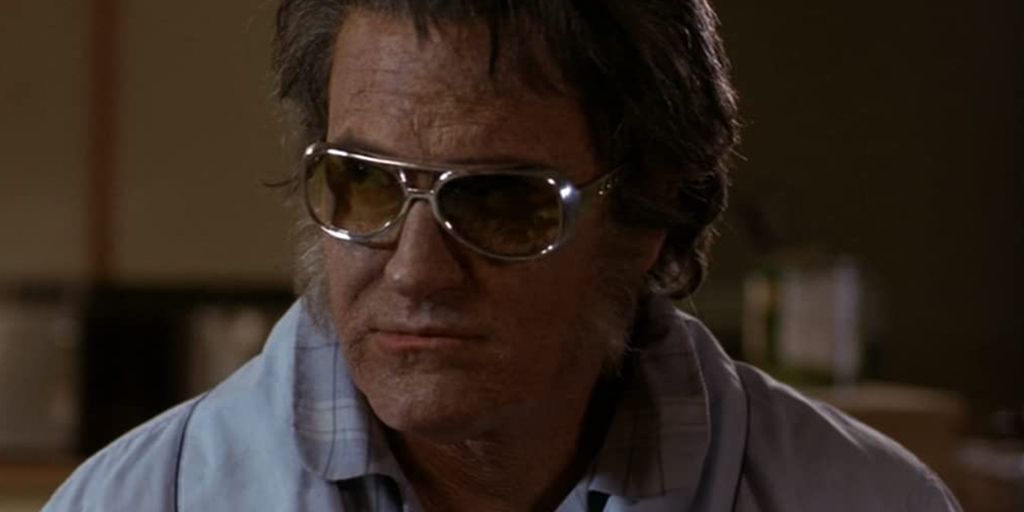 In 2022, Panic Fest kicks off its tenth year of existence with some pretty stunning guests. One of those guests: historian, cult film icon and former The Pitch columnist (yes, really) Joe Bob Briggs, who will present Don Coscarelli’s Bubba Ho-Tep on April 28 in honor of the movie’s 20th anniversary.

Coscarelli’s 2002 cult classic stars icons Bruce Campbell and Ossie Davis as a pair of nursing home residents who each claim to be historical figures forced into hiding—Campbell’s character says he’s Elvis Presley, Davis claims to be JFK. When an honest-to-God mummy shows up and starts consuming souls, Campbell’s and Davis’ characters team up for one last big showdown.

Ahead of the screening this week, Briggs talked about the movie, the importance of film preservation—even for “trash movies”—and the state of modern movie discourse.

The Pitch: You’ve been in this game for decades now, between your column and the various iterations of TV shows, from Joe Bob’s Drive-in to MonsterVision, and most recently The Last Drive-in on Shudder. How has horror culture changed since you started?

Joe Bob Briggs: Part of the reason I originally started the column was as a parody of mainstream film criticism, because for the most part each city had two or three critics—maybe four if you counted the TV guys, and everyone hated them. No one trusted them, whether they worked for the New York Times, or the Chicago Tribune, or whatever.

Critics were considered out of touch with the public.

My purpose was to be the populist film critic—the guy who likes blood, breasts, and beasts. I noticed there were all these movies that would come through town, and nobody would review them at all—the movies that played at drive-ins and grindhouses. They were just considered disposable trash. They’d come and play one week and then disappear.

It’s always really strange to me that the New York Times will write pretty complimentary obituaries for people like Herschel Gordon Lewis, and while he was alive they ignored every one of his movies.

I feel like that’s a conversation we’re still having, in terms of audiences considering critical response to be “out of touch.”

We’ve gone through several phases. “Popular culture” wasn’t a term that was invented until the ’70s. There was culture and there was trash. At Bowling Green University they invented that term. Since then, there’s been an increase in people who embrace art that emerges from below instead of from above.

Now, there are full-length books on people like Tobe Hooper. His first film was The Texas Chainsaw Massacre, and it was one of those films that everyone hated, especially mainstream media. For 30 years it was used as an example of the corruption of our nation.

Some time in the past 50 years, there’s been a transition. These works that were considered trash when I started writing about them are now considered worthy of study. I don’t know what caused that sea change, but I embrace it.

But then, of course, it swings too far in the other direction, and we start getting into arguments about the social commentary embedded in the various films being studied. Terms like “elevated horror” get invented, which is horror you can tell your friends about instead of horror that’s down and dirty.

Once again, high culture asserts itself and is contemptuous of low culture, but within the world of genre.

I’ve just always said, “Watch it all, appreciate it for what it is, and save all of it.” A lot of these movies were disappearing before. They weren’t preserved, because they weren’t considered important. One of the good things about the last few decades is that now we see the importance of preserving these films.

Not to sound obvious, but what’s the importance of preserving not just what we’d largely consider a “good movie,” but a movie like The Night Evelyn Came Out of the Grave?

First of all, a lot of times the artistic importance of something doesn’t emerge for a couple of generations. Just as a pure work of art, it’s not appreciated because the subject matter gets in the way, and for political reasons, it’s not considered part of our cultural artistic history.

Another thing is that these movies are photographs of a particular time and place and the cultural norms of their times, like what cars they drive or how they dress, especially in low budget movies. These movies contain a lot of our culture that you don’t get from a documentary.

You get the ideas that were prevalent then, far beyond the intention of the filmmaker.

Let’s talk about Bubba Ho-Tep. The cult bona-fides of this movie are undeniable, but I feel like it’s often overlooked as an entry in the filmographies of everyone involved. Why do you love it?

It’s probably the most unlikely story ever to be made into a movie. First, it’s about old people. Second of all, it’s a completely ridiculous premise that has to be sold in a believable way. The Ossie Davis character is certifiably crazy. The Elvis character is probably not crazy. But the combination of the two of them creates a new reality.

It’s basically an art film disguised as an exploitation movie. It’s a monster movie that’s not about the monster. It’s about these two guys, who are like old samurai warriors going to their last battle—a battle nobody’s going to witness. It’s got all these dark elements that you wouldn’t normally expect in a genre film.

That’s why I think it had trouble getting distribution. Eventually, it got seen around the country, and people like you and me love it, but the general public that goes to summer blockbusters may not be aware of it.

But that’s what Panic Fest is all about. It’s a celebration of movies that wouldn’t otherwise be made except for the existence of genre nuts like Don Coscarelli, Bruce Campbell, and Joe Lansdale. I think it’s probably Bruce Campbell’s best acting. But, like, putting him in old age makeup and being weak—that’s not what he usually does.

It’s a unique film for a lot of reasons, and there aren’t that many unique films like that in the genre world. Don Coscarelli always complains about not having enough money, and I’m sure he could’ve done more with the monster and other things if he’d had a bigger budget, but I think it would’ve ruined the film.

The focus on the two guys is really what carries you into a special place in terms of a moviegoing experience.

As many people as possible should see this movie and talk about it, especially if you’re an indie filmmaker. Just the knowledge that you can make a story about that. If you took that story into any executive’s office, like at Netflix, I think you’d be dismissed after about five minutes. I don’t think anyone with access to film studio money would make that movie. It’s a great example of creative indie filmmaking that will live on for many years. 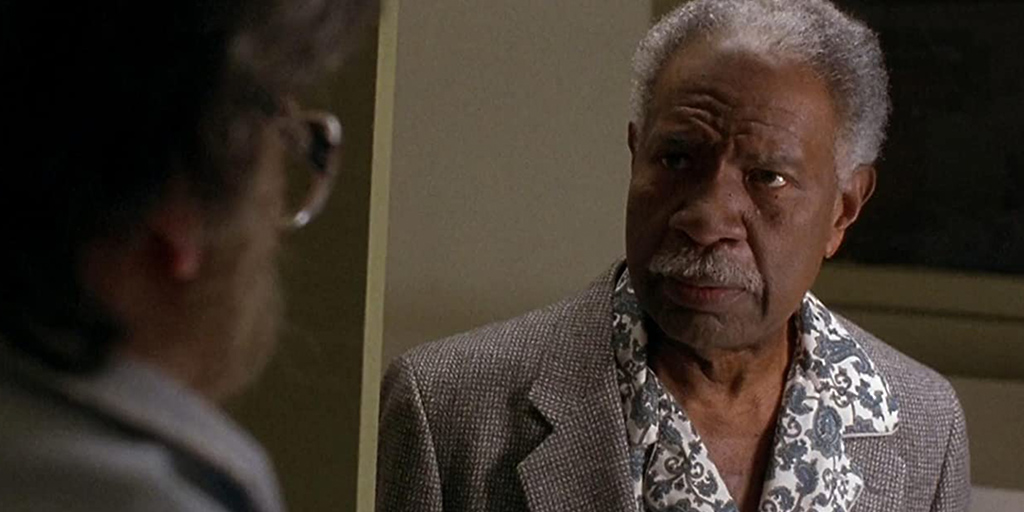 As someone who’s familiar with presenting movies remotely as well as in-person, what are the benefits of being able to share your thoughts on something in a controlled studio atmosphere versus alongside a live audience?

The live events are wonderful, because I do a lot of appearances at Alamo Drafthouses and other indie theaters around the country. I always think the audience is there to see the movie, but they’re also there to see one another.

They know the genre world online, and they have immediate friends who are genre fans, but they don’t always have the chance to see everyone together in one place. There’s a great energy about it.

Adrian Lyne is a good example, because he was putting out movies that were universally despised by critics at the time but were making millions of dollars.

I think the last breakthrough high school sex comedy we got was American Pie. That’s an example I think reveals something about the culture. There was a loss of sexual innocence in the whole country. It wasn’t amusing to anyone anymore because it was too childish.

There’s always been a debate going on within feminism about what is pornography, what is pro-female, and what is anti-female. It’s really interesting, because some of the same movies despised by feminist critics in the ’80s were embraced by feminist critics after 2000. You don’t know what we’re going to think about it 50 years from now.

Maybe we’ll discover something about ourselves from the way we redo it.

Joe Bob Briggs will show Bubba Ho-Tep for a 20th anniversary screening at this year’s Panic Fest on April 28.